From the depth of existence

8,5 / 10
➤ "The troupe from the Rhine-Neckar delta has almost surpassed itself in this respect."
(Saitenkult)


The band comments on "But I'm Not Afraid":
"The lyrics are purely fictional, but point directly to something you may know. So let's take our minds on a journey and imagine that there are evil forces that have taken away precious people in your life - your wife and your children. You would promise, wouldn't you? You would pursue these villains to death, even if it meant that you too would face your end. However, there will be no end until you get your revenge. In another time, another universe, or another life. Much like the movie 'The Crow' that we mentioned and you may be familiar with."

PREMORTAL BREATH is modern HEAVY METAL with a variety of influences combined into a melodic but hard whole.

Captivating guitar melodies, rousing choruses, spot-on drumming, grooving basslines and much, much more. All of these are just puzzle pieces in the bigger picture that is PREMORTAL BREATH. The multi-layered lyrics deal with topics like terrorism, psychological problems and the abysses of our society. 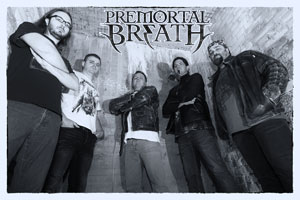 After some changes in the line-up, the next stable line-up was completed by Dominik 'Domme' Eymer (bass) and Sebastian 'Seb' Herbold (guitar). In the meantime Tobias had switched to guitar, while singer and drummer remained the same. In 2014 the band recorded the first album "They" in this line-up.

The line-up remained constant until 2016 when founding member and drummer Potti announced his departure to have more time for his family. Some time passed until Andreas 'Andy' Reichard joined as a permanent member after having acted as a live drummer in the meantime. 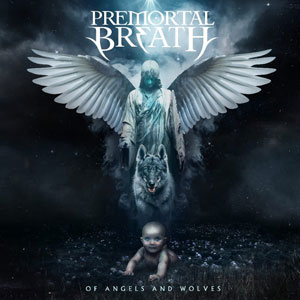 
Full of energy and creativity, the formation recorded the second work "Monsters" in spring 2018. 2021 brought with it the departure of longtime bassist Domme as well as the arrival of Matthias 'Matze' Ruppel, who is now responsible for the low frequencies.

The pandemic had caused many plans to be put on hold, so PREMORTAL BREATH were euphoric to revisit Empire Studios in 2022 to record the new release "Of Angels And Wolves".