87 / 100
➤ "… very reminiscent of Lordian Guard in many places … BERGFRIED impress right away with their first release, which makes you want more … Erech Leleth is a gifted musician who has a lot to say on a musical and lyrical level …"
(Epic Metal Blog)

80 / 100
➤ "… Anna de Savoy delivers an exceptional vocal performance … swings from all out Heavy Metal through to Folk/Metal … appeals of Lordian Guard, Wytch Hazel and Grendal’s Sÿster whilst stretching out on its own accord … very good, it does something which is quite unexpected …"
(Metal Digest)

➤ "… a Heavy / Folk mix, recommended for fans of Wytch Hazel, Lordian Guard, and Grendel’s Sÿster … totally unique-sounding … I am pretty sure I have not heard anything like that before … the female vocalist is nothing short of brilliant … super-tasty … sounds awesome and authentic …"
(Metalstorm)

➤ "… a notable effort to establish a new subgenre that cannot be compared easily to other subgenres that require too many labels to describe … a promising beginning … integrating Black Metal, Folk Metal, Pagan Metal and classic Power Metal, the EP tells an epic tale … 'Romantik I' is surely an experience …"
(Asphyxium Zine)

➤ "… complete with their signature Medieval Metal sound. Anna de Savoy’s vocals are haunting and amazing, so you gotta check out this … great …"
(Wanna Hear a Great Song Today?)

When heavy metal experienced its worldwide flight of fancy in the mid-1980s, countless band cults emerged, not a few of which are still fervently praised around the world today. After all, many of the defiant, rebellious players at the time were emphatically obscure, mysterious, mystical, occult, conspiratorial, etc.

Ultimately, manifold legend formation was also promoted by bands which were hermetically shielded from music media events, and about which one simply knew nothing at all, because there was initially for years simply zero to learn. As a Heavy Metal fan in these wonderfully unspoiled times after the acquisition only the release itself was in hands and sense - artwork, band photo and lyrics resulted with the music itself an often super delicious overall experience, which was not diminished by any other factors. 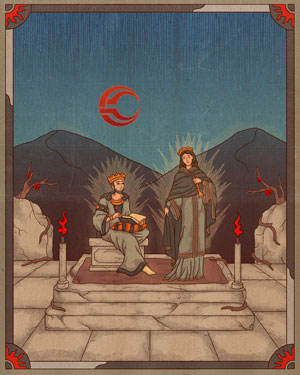 
That was more than 35 years ago. Nowadays, even the darkest of Black Metallers not infrequently post pictures of breakfast, the car, sometimes even superfluous silliness and more on the 'social' networks. So a revelation like BERGFRIED comes just in time for serious and profoundly interested genre recipients!

Because here, too, there is intentionally very little to rummage through that goes beyond the actual art - because the idiosyncratic master behind it attaches little importance to self-promotional or even profile-neurotic posturing. In this sense, there are also deliberately no band photos from Bergfried.

Multi-instrumentalist and jack-of-all-trades Erech Leleth, who as a composer was clearly blessed by the gods in unanimous union, teamed up with exceptional singer Anna de Savoy for this - in BERGFRIED, he even plays up under the noble title of Erech III of Lorraine, swinging and always spot-on. 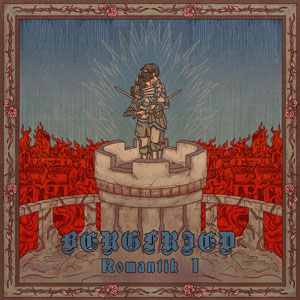 For lovers of focused medieval-aristocratic and romantic to longing song material, the first release of BERGFRIED plays perfectly into the tasteful cards. For example, who can seriously resist the irresistible magic of an all-around happy over-composition like "The Battle"? The living anyway not - and even in the realm of the dead old knights are guaranteed to swing blissfully along. (Markus Eck)

BERGFRIED is available for interviews via email