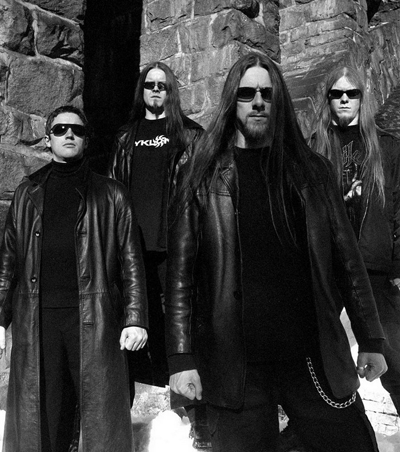 I spoke a few words with Samoth about the done work for „Aeon“.

How is the current feeling in the band?

„Yeah, things are cool these days. We’ve been rather busy in the last months getting the new album together, as well as doing some shows, etc.“

What music are you listening these days and what bands are really great for you?

„Basically, I listen to a lot of Metal… as always! There haven’t been that many new bands that have caught my attention recently. Can’t really think of any at the moment. My top albums that I play in my car these days are, amongst other things the latest Darkane album, the Zyklon advance and older Sepultura stuff.“

The devastating sound of Zyklon has undoubtly changed, more in the slower Death Metal direction. Why?

„Yeah, there are a few slower tracks on the new album, but I wouldn’t say we have become a midpaced Death Metal band now. Not at all! There's still a lot of intensity in the new album. The song “Two Thousand Years” is probably the slowest song we’ve ever made. Its very heavy, but it has a more industrial metal feel to it in my opinion. I think we’ve managed to create a good variation in the song writing on this album. For example the song “The Prophetic Method” have a more thrash metal feel to it.“

At which time came the need for a change of this nature in your mind ?

„I don’t feel that has been a very strict change of style. I feel it has been a fairly natural process. However, after all the touring of “World Ov Worms” we did decided to work on some more heavier material for the new album, as that seem to be working much better in a live context, both for us as a band, as well as with the audience.“

What do you think will the fans of the music from „World Ov Worms“ gonna say to this more or lesser radical change?

„Oh, we shall see, hehe! Some people tend to dislike changes, while others are open to progression. One cannot make music to please every listener. There will always be somebody who will complain about something. I’m pretty confident that this album will do well and that it is a step up from the debut album.“ 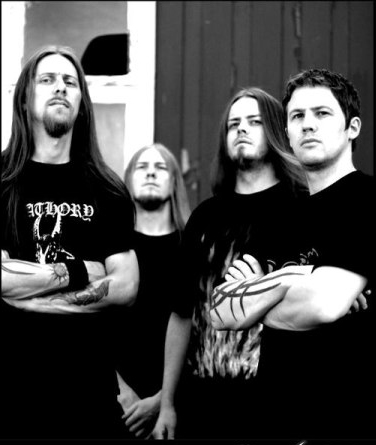 Which visions do you wish in the listeners minds, while they consume the music of Zyklon?

„Basically, whatever comes to their mind. I like the listener to set their own imagination to use, rather than have somebody else tell them what to think.“

What has the album title „Aeon“ to mean?

„It’s a pretty open title really. It can easily be related to the concept of apocalyptic visions, prophesies and so forth. I can personally relate it to peronal issues in my life as well.“

Please tell a bit about the lyrical content of the new tracks!

„Bård Faust wrote all the lyrics this time as well. They pretty much deal with the same subjects as last time.“

In what specific moods new texts were written?

„Probably a question for Mr. Faust. I’m sure he was happy.“

Which things have influenced your creativity more or lesser in the pre-time of „Aeon“?

„I often find it hard to pinpoint the exact source of influence when writing music… I think its mainly subconscious influences and it can be anything really. My mother died just a few weeks prior to the recording and that for sure set my mood somehow.“

In what mood the new songs were composed?

„Everything from being pissy and frustrated to happy and excited.“

Who made the frontcover artwork for „Aeon“?

„Our long time friend Stephen O’Malley has made the complete artwork for the new album. I gave him a lot of ideas and photo material to work on and he came up with a great design I think. I can’t wait to see the finished product.“

Exists a concept behind the new album, and if yes, which one?

„It’s all about fucking Metal and the day of doom!” 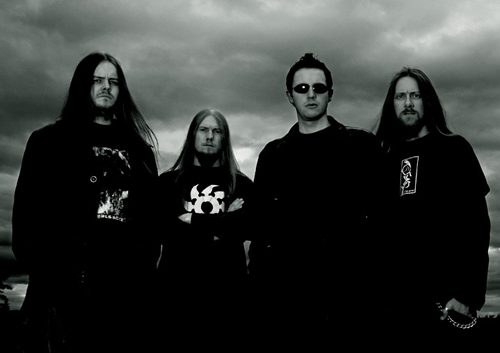 Which were (and still are) the inspirations for the music of Zyklon?

„Music often comes naturally, and as I said before, I think it’s hard to pinpoint direct souces of influces and inspirations. But we’re obviously inspired by other band we like, Morbid Angel, Slayer, Red Harvest to mention a few.“

What does your band name mean, a musical cyclone?

„I’m actually a pretty down to earth and laidback person, I’m also a pretty private person, so that’s about all the information you’ll get, hehe!“

In which spiritual or astral powers do you believe?

„I’m not at all a religious person. I try to believe in myself as a person before anything else, but I also think some sort of “spirituality” is important for the wholeness of a human being. I believe in the spirit of nature. I love the might and solitude of nature.”

Which is your definite goal with the music?

„Actually, I’ve already reached many of the goals I set for myself during the Emperor days, but as soon as one reach a goal, you set new goals and try to expand and reach higher, or take different turns. Being in an active band is a very strong part of my life and I cannot see that ending very soon.“

Are you bored about the sheer everlasting questions from the fans about Emperor?

„Yeah, it’s not really the most exciting thing to talk about, but I’m glad and appreciate that fans still care about Emperor and keeping the name alive.“

„For sure, I got many plans for the future… for the band the most immediate plan is to do promotion for the new album and we hope to tour Europe this fall. Hopefully we’ll have tour dates set soon. The psyklon aeon awaits…“