Their 2007 round-up, the powerful debut „Infamy And The Breed“, granted not only to the fanatical division of lovers of great cold melodies a representative insight into the unique demonic beauty of the Death Black Metal hell.

Now the fit guys from Umeå carry on with the brandnew follow-up album „The Cancer Empire”. And Zonaria, founded in 2001, provide again best Swedish stuff! Gorgeous individually made, the sublime sounding style mix of this outspoken Quartet of aesthetes around six-stringer and vocalist Simon Berglund can claim to be a class apart.

Such efficient highly dynamic and scary varied at the bombastic catchy work, the enabled foursome can look to a promising future. Guitar specialist Emil Nyström gives insights into the creative cosmos of his band. 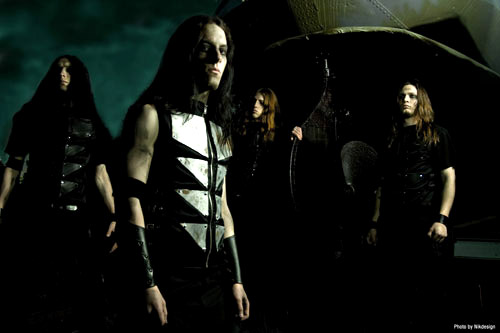 Why do you make exactly this kind of music?

„At first we started off playing a lot more melodic and less brutal music. You could almost call it Power Metal. This was when we all were 14 years old. But as we started listening to more brutal music and that also gave the interest of playing more brutal music. We had a very natural transition from the melodic metal to the extreme metal. We still have a lot of melodies and atmospheres in our music, so we didn't leave it all behind. Zonaria was simply meant to be an extreme band. But who know, in 10 years maybe I'll start a power metal side project. Haha.”

„We're always looking to develop and move forward as a band. And every development so far has been really natural. It's not often we stop and say "we could use more of this in the future". We just simply try out new stuff and sometimes it work and sometimes it don't. But if we see on the side of the music I really want to develop our live show further. I don't know, maybe not like Kiss, but something bigger, more suited to our music.”

„To play live in front of thousands of people every night and to be able to live on it, not having to think I have to return to an 8-17 job the next day.” 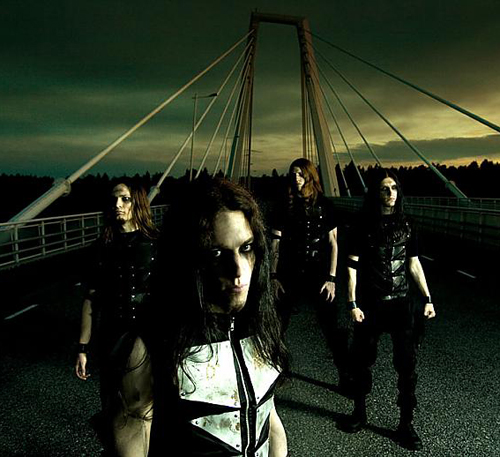 „Its very different from person to person. But people that's honest, relaxed and not trying. People that's easy to hang out with and don't stand in your way every time you want to do something.”

„I would never call myself a perfect musician, because I'm not. But if I have to point out something. I would probably call myself a fast learner. But that also made me impatient. Hehe.”

Please provide examples of ideas that you have had for the music of Zonaria!

„We'll, even if Simon writes most of the music everyone in the band have a huge part of the bands sound and how the song end up when its finally on the album. We all plan together and all have our input on every song and how we want the production to be like and how we want the guitars to sound etc.”

Please tell something about your proudest achievements in the new music of the band!

„I'm really proud of everything on the album. So its really difficult to point out one thing. But the thing that we got to record at Studio Fredman and that Century Media wants to release it is something I'm really proud of. Another thing is that it ended up being so good. Haha.”

What are you most proud of?

„Every time someone I respect and been a fan of for quite some time tells me how good my band is. That makes me really proud. Sometimes I can't understand it until a couple of weeks after it happened.” 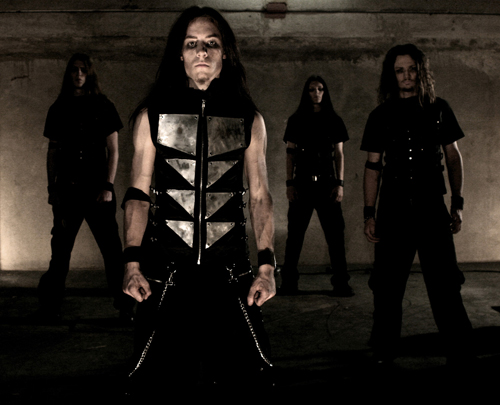 „My favourite bands when I was young were Masterplan, Blind Guardian and Hammerfall. I really adored these bands a lot because of their music. Now when I look at a band it's the music is only a reason to listen to them, to really like them I also look at the way they work and the whole picture. How they perform live, their videos, cover artwork and what they say in interviews. A band that's got the whole package is 200 % more interesting then a band with just good music. A band that I really adore at the moment is Job For A Cowboy. Its not just good music but they are all working to become as big as they can. And with only one record out so far they are really professional in everything they put out.”

„For me to be satisfied musically I need a band with good production, vocals, melodies(even if its death metal riff melodies) and compositions. There are tons of good bands that have this. But for me to think a band they have to have what I mentioned earlier. The whole package with shows, appearance and so forth.”

„First of all we'd be on our fourth or fifth album, we'd have a DVD out which we recorded on our world headlining tour and we'd all be able to live on the music.”

What's your ideal song on the new Zonaria release „The Cancer Empire”? 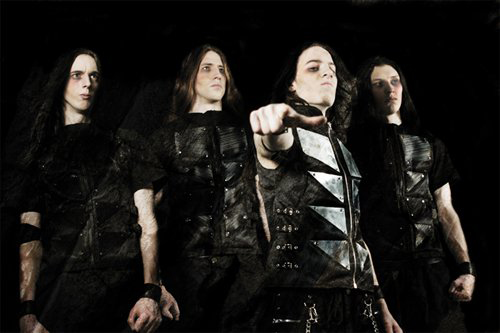 „I have two favourites. The first one is „From The Abysmal Womb”, which is the fastest and heaviest song on the album. I really like it because we really got the feeling that we wanted of a brutal song. The second one is „Contra Mundum”, which is the most melodic one. And here its pretty much the same as with "Womb" we really cached the feeling we were looking for with the song.”

Who brought Zonaria to the current record label?

What do you think about the shabby music industry itself?

„It's a pretty shitty situation right now. But we have to work from the situation we're in right now. Start looking for new ways to reach the audience and get our music out. It has already started to happen with iTunes and such sites. Its too bad thou that not many young bands get a chance to release albums unless they are willing to put in their live savings to get it out. But I look at it with from a pretty positive view. Even if I don't make money on it yet I get to do what I love doing.”

How big do you want to be in the genre?

„I hope we never stop growing. But if we ever reach the size of Metallica I'm pretty sure I'd be glad even if we didn't get any bigger. Haha.”