As a true case of luck one can designate it that both Swedish Magnus Wohlfart and Gustaf Hagel decided firmly in addition to dedicate their creative talents in the future completely to the genre Pagan Folk Metal some years ago.

And knew already the pleasantly brilliant and timeless debut album „Kvällningsvindar Över Nordrönt Land” to enrich the heathenish musical year 2007 enormously, so guitarist, keyboarder and singer Wohlfart as well as bass player and singer Hagel even exceeded themselves for its new sensational long-play opus „Vedergällning. 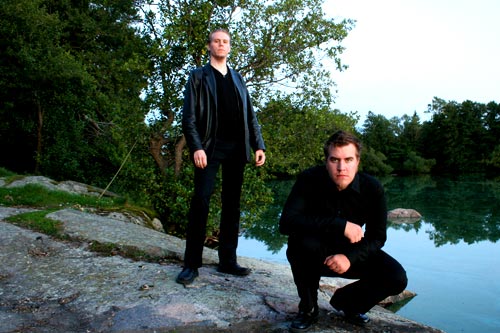 Yes, the gigantic maturity of the new compositions is already nearly frightening.

Shrunked to the duo formation meanwhile – drummer Jeremy Child moved itself away some time ago unfortunately abruptly out of the group –, the two exception talents Wohlfart and Hagel can therefore be endlessly proud with all right about their current publication.

Master Wohlfart reports some important details about the artistic and mental background of Yggdrasil.

Magnus, could you please give a short review about the past years of your history as a musician and of Yggdrasil for all those, who don't know you yet?

„With Yggdrasil we released our debut album "Kvällningsvindar Över Nordrönt Land" in the end of 2007. We then spent some time rehearsing with session members in order to be able to play live, and we did some shows in Germany and Denmark. The first half of 2008 was spent polishing the songs on the new album "Vedergällning", and in August we entered Endarker Studios to record it. The new album should be out in early 2009. Apart from Yggdrasil I have been involved in several other bands, and in some cases I still am. For example, this summer I recorded guitars for the second Vanmakt album, "Ad Luciferi Regnum", to be released in 2009; and last year saw the release of my second album, "Sketches of Reality", from my solo project Nae'blis.“ 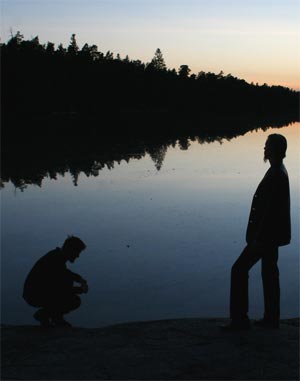 Do you feel personally a deep spiritual connection of your creative soul with the traditions and the ancient wisdom of your fatherland?

„These old myths and legends are indeed a source of inspiration. The atmosphere we create in the music of Yggdrasil is strongly linked to the feeling of magic and mystery often surrounding these stories. The melodies, poetry and imagery in Yggdrasil all walk hand in hand to create that special atmosphere that we're after.“

Retrospective: what moments were the best for you in your previous career?

„There have been many good moments over the years. Finally releasing Yggdrasil's debut album after years of hassle was a great relief, and now I'm very satisfied with the recording of our second album. I'm looking forward to holding the final product in my hands and reading the no doubt jubilant reviews of it. While not really a certain moment but more of a feeling in general, I definitely consider the early days of Yggdrasil a high point. There was a certain magic present in those days of 2001-2002. Finalizing the recording of the Nae'blis album "Sketches Of Reality" in 2006 was also one of the highlights. The creation of that album had a very strong effect on me. I'm looking forward to even more and higher peaks in the future.“

Which is still the most inner driving force within the band to create such epic, various and hard music?

„I write all the music in Yggdrasil while Gustaf writes most of the lyrics. From the beginning the goal has been to create our own approach of folky melodies and mysterious atmospheres combined with dark and heavy metal. The lyrics describing the beauty of nature and the stories of old add to and heighten the feeling, which is reinforced further by the paintings and photos accompanying the CD. It all comes together and each part is important.“ 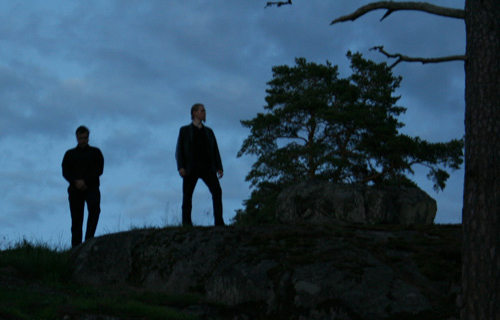 Let's talk straight about your current new album, what's behind all this? With which expectation(s) have you begun on writing music for this album?

„We started writing the songs for "Vedergällning" already in 2002 and at that time we wanted to make the whole feeling a bit darker than our previous efforts. The new album is mostly faster and straighter than the first one, with some parts being a bit more complicated than the earlier songs. Nowadays we are more skilled on our instruments, something that is clearly heard on "Vedergällning", and especially the vocals have improved immensely.“

Where you`ve got all these great new immensely catchy melodies?

Who or what influenced the writing of the lyrics for the album? And what are they exactly all about? Is it a concept album?

„"Vedergällning" is not a concept album in the sense that the lyrics all come together to form a story, but the lyrics all circle around the same topics. Mostly, they are poetic descriptions about the aspects of nature that we appreciate, or stories taking place in older times.“ 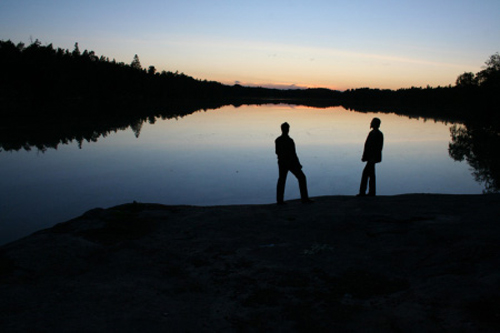 What do you want to tell the listeners with your lyrics?

„There's no message as such in our lyrics. The lyrics are there to augment the music and help create the atmosphere we're trying to achieve. It all comes together with the music and images.“

About the fine front cover art of the album – who did it?

„When we first started Yggdrasil we were heavily influenced by bands like Vintersorg, Opeth, Ulver and Agalloch. As we have matured and created a sound of our own I'm sure these influences have remained somewhat in the background. I can't really say what in particular influences me to write music today though. When I know what I'm after I sit down and create it.“

„We're booked for the Ragnarök Festival in April and I'm sure there will be other shows as well. There has been some talk about touring and we'll see if it amounts to anything.“

„If the main goal for a band is to make money it seems like a good idea to change your style into whatever happens to be popular at the moment. That whole attitude seems a bit plastic to me though, and that's not what we're doing with Yggdrasil.“

„Unfortunately I'm not very aware of what the traditional drinks in Norway are, so I'll just go with extra cold water.”

Which CDs are rotating mostly in your Player at all?

„Right now I'm listening a lot to Agalloch’s "Ashes Against The Grain" and the soundtrack to "Rome".”

Did you get feedback at all from Germany for Yggdrasil to your creations to date?

„The feedback from Germany has been excellent so far. Many people there seem to enjoy our first album and we're looking forward to returning to play live in Germany in April.“

And did you get good feedback for Yggdrasil from the Norwegian Metal scene so far?

„The feedback from our neighbours in Norway has also been very good.”