Without any doubt they are one the most expressive acts of the entire Metal category.

The Finnish duo of dramatists published last his fourth album „Evershade“, a further abyssal glazing achievement in this area.

Singer, keyboarder and guitarist Juhani Palomäki is the head of Yearning, he tells some about his noble musical child.

Juhani, how are you doing these days?

„These days I'm composing new material for the upcoming album and that's it basically. Some titles are this far "Kaleidoscopic Inscape", "Sphere Of Disgust", "October Rain", "Return", "Datura Stramonium" and "Dawn Of Dying". It's very much in the Yearning style, but always searching for something new.” 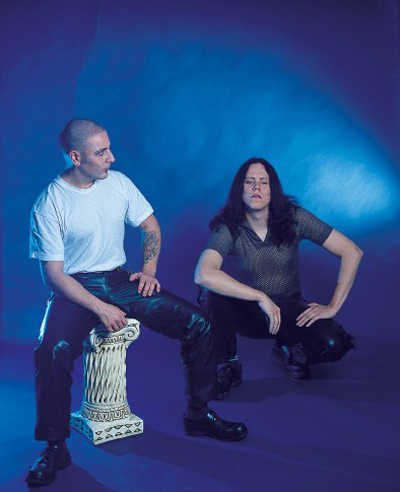 How would you describe some new listeners your music?

Please give the readers a biography and a discography of your band!

„Please visit at www.browse.to/yearning for more details. Our band was formed at the end of 1994 and we've released four full-length albums: "With Tragedies Adorned", "Plaintive Scenes", "Frore Meadow" and "Evershade". We've also done a bit of touring now and then.”

One loves the deep dramatic and borderless sadness within your songs very much – how they have developed?

„It's a matter of mentality. It comes out naturally. Besides I've always been into powerful and dramatic music.”

Any news to mention, concerning the release date of a new album?

„As I mentioned I'm working on a new material and we'll see what comes out finally. We have to also find someone who will release the stuff and allows us a decent budget. A label that is. Right now we're on a free market. Let's ask Columbia Records.”

In which city in Finland are you located? How is the life there?

„We live in Riihimäki,a small town in the southern Finland. Quite boring, but there's some nature nearby.”

Which things are you doing in your free time?

Which bands are your strongest influences?

„Doom/Death/Black/Dark/Prog/Ambient/Experimental stuff and other styles also. Too much to mention. Something between Venom and Tangerine Dream.” 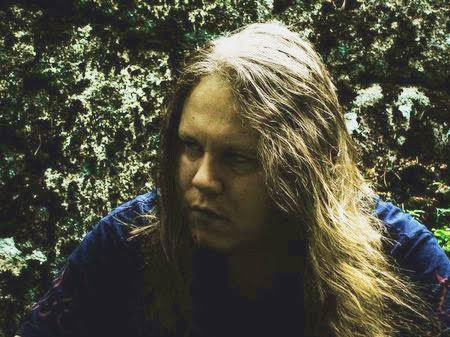 Which other (Metal) music acts do you like? Which are your favourites?

„Right now I've been listening to Tom Waits, some Death Metal stuff and some classical music as always. I've been quite bored at the moment but you'll always find some weird stuff from somewhere that makes it interesting.”

Which one of the band has composed all these overwhelming sad melodies within the songs of Yearning?

„All the literature and poetry I guess.”

How much do you like it to play your music live?

„Rehearsals are boring,but playing live can be very rewarding now and then. Last year we played two (!!) gigs at the end of the year after a long brake and it was very good.”

How looks a live show of Yearning?

„It´s an energy-filled, atmospheric experience. In the live situation we sound more powerful and aggressive, 'though this isn't exactly the most extreme Metal we're playing.”

Which are your expectations, concerning the future of Yearning?

„Finding a new label, making better music than ever.”