In the autumn of 2005, all around was totally equal for these Swedish berserks, for because really only one counted for the participants: to establish namely exactly these band here - and to provide as quickly as possible with own compositions a deafening Nordic alarm! Said, done, played. Wulfgar stood.

A demonstration sound-recording medium riveted later, which was brought together with united creative competences, entitled the burning feelings of many heathen metal fans then already equally blunt on the point: „Hate For Mankind”, these disk brought the blokes also quickly the desired success. Very quickly these perky Swedes around their throat-strong bawl-beast Emil let unambiguously recognize also on many domestic stage boards, that they do not see themselves as mayflies.

No, quite the contrary, how Wulfgar revealed in the further and provide proof of now also up-to-date: the Scandinavian fury outbreak-command records namely presently the superior album successor to the glorious debut album „With Gods And Legends Unite” – and again these fellows let thundering brute Viking Metal noise delightful into the darkly glittering night-sky of the ancient gods. 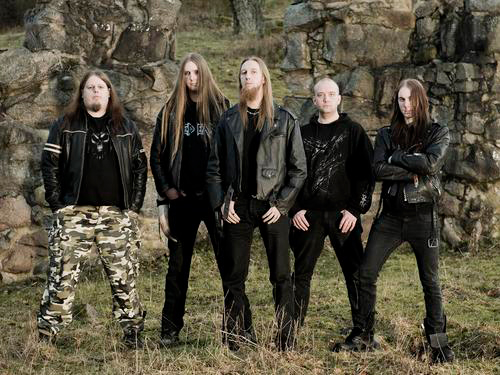 So I plunged, without hesitating a second, into an encouraged dispute with guitar warrior Jimmie Mattisson concerning the current skills of its play- und drinking-joyful Northman admirer troop.

„I think we all agree that beer is the brew we prefer.”

Which CDs are rotating mostly in your player currently?

Which news can you tell us about the done line-up change?

„Well Mad Max had to leave us after he made his wife pregnant again. So we started to search for a new guitarist and found Reine really fast and we all agreed that he was the perfect guy to get and his skills is awesome as you will hear in our upcoming album. So the tryouts were short.”

Are you lucky with the results of the Wulfgar debut album?

„We all are pretty satisfied and we really mixed it up on the new album with some new things and had a good time making it so the result was exactly what we where looking for.”

The new Wulfgar album – what's your own view about this work so far?

„It’s faster, more interesting and surprises than out previous album. I think the listeners will have a good time listening to it.”

In which studio has been recorded the new release?

How are running the recordings so far for you guys?

„It’s going really great and we are currently working on the mix and master on it.”

Who or what influenced the writing of the new lyrics for the album?

„A lot of beer and Norse mythology.”

With which topics do they deal, what are they exactly all about?

„To fight, win, kill and conquer. And a lot of tales about Norse mythology.”

Is the new album a concept album?

„Yeah it is. Its all about Vikings and Norse mythology.”

What you want to tell the listeners with your new lyrics?

„That the nature of mankind is pure evil.” 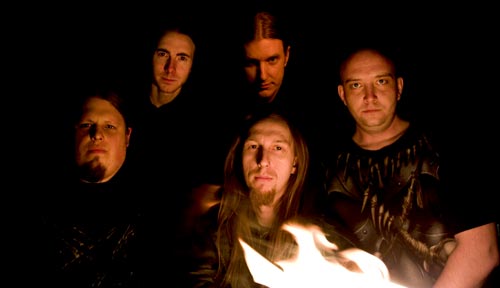 „To be honest it’s really lame. Bands start playing a genre they don’t even like or listen to just to stay on the popular side. Stand up for the real metal genre and keep it alive!”

What do you think, why so rare bands play really good brave and epic Viking Metal? Is it a question of the broad range of inner views and feelings?

„Don’t know really. But you see and hear more and more about Viking Metal bands, so its an upcoming genre and here to stay.”

„A lot of beer and we all like the hole thing about Vikings and really enjoy listening to Viking Metal. So it came pretty natural to stay on that course on our second album.”

With which expectation(s) have you begun on writing music for it this time?

„Trollzorn is behind this new album, hehe. And haven’t got that much expectations, we just play for the fun. Play what we enjoy. And hope that the listeners like this album to and if not. We still had a good time witch is the most important when you play music.”

Where you`ve got all these great ideas for it? When they come regularly at best in your mind?

„It comes from our interest in the Norse mythology. And of course the great genre of death metal so the mix of the two things must be a success.”

Which is the most inner driving force within your creative heart to create such metal music?

„A lot of different things. It’s a mix of all the moods you have when we make the music.”

At 25th of April you'll play your 1st gig in Germany, in Essen. What can you tell the readers about that?

„It’s at Obscurity’s release party. So it will be real fun to get up there and play for the crowd and we promise to give it our best and deliver a good show and mix some old material with a touch of the new things which coming on next album. So don’t miss it!”

Then you'll perform at the planned Black Troll fest in Germany; what are you expecting of it?

„Seems to be a real nice place to play there. Will be really fun to get up there and play for all the Viking Metal fans. And share some beers with them.”

Are you planning beside that all any additional live gigs in 2009?

„There’s a lot being planned, so stay tuned on our myspace and website that we are rebuilding to get all the news and updates later on.”

Are there any plans for a real tour?

„Same thing there. Hard to tell details before its all planned and booked at 100 %, so keep listening to Viking Metal and take care!”