Once they started themselves as fans, who wanted to pay tribute to the American Doom Metal fathers Pentagram.

Since its founding in 2000, the Swedish band has also released three very solid albums on the market, in addition to various EP, split and single recordings.

The melodic Doom Metal of the Scandinavian nostalgic, with atmospheric psychedelic Hard Rock nuances, has been absorbed in wide audiences so far with justifiable enthusiasm.

Now the association of convinced players has completed the new album „Legend“. Witchcraft composed an equally diverse and identity-rich collection of wonderfully catchy, stylistically timeless and inspiring songs. It was high time. The last album „The Alchemist“ was released already in 2007. 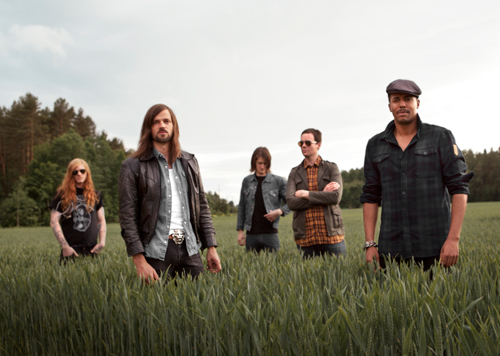 Do you want to describe yourself as a person?

„It's too hard to describe yourself but I believe I'm someone that tries to treat people as fair as possible. I get pissed of when I see abuse of power against humans or animals. I guess that is my main motto in life. My mind is too twisted and weird to explain here.“

Which are your hobbies beside the music with your band?

„I'm a big football fanatic and also a huge movie enthusiast. I would say horror and Arsenal are my two big hobbies besides music.“

It seems on the new album, the devotion to these special style would be truly your greatest love ever. Isn't?

„Music is one of my many darlings and this album is truly loveable, yes!“

Why do you do this all - better said, which is still the most inner driving force within your creative heart to raise such ‚out of time‘ music?

„My creative force comes from things and people that I feel strong about. Sometimes it's a tree other times it's the night or anything in between. If you feel the music is timeless it's because it is well written and not squeezed out of a hit-producers ass like a lot of other shitmusic of today.“ 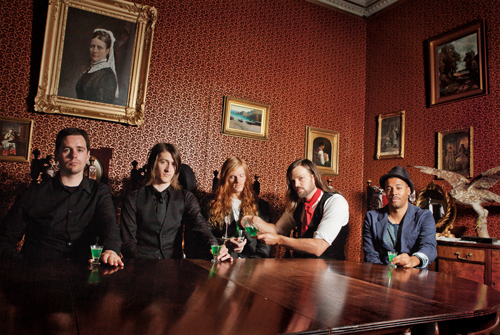 I say in positive manner, your psychedelic Classic Rock music sounds mainly typically Swedish! What do you say about?

„That comes natural, because as you know we are from Sweden and it would be weird if that hadn't rubbed off at all.“

Which noteworthy differences to the previous Witchcraft songs are waiting now for the listeners? Be so kind and tell deeper about your newest material!

„The new material sounds like Witchcraft anno 2012, a little heavier and a little more well played. The new members will have added their "flavour" to the songs and it's all for the better. The songs will still sound like Witchcraft with great riffage and melodies!“

Who have been the main songwriter for „Legend“ and which are his qualities in your opinion?

„The main songwriter is Magnus and his creativity is his main quality.“

How long took the songwriting for „Legend“?

„Ideas for the songs have been around for quite some time but we started to finalize the songs 1,5 years ago.“

With which expectation(s) have you begun the composing of the songs for these new Witchcraft release?

„I never expect anything, I had hopes that this would be an album that would be appreciated, well received and remembered and so far it seems like it.“ 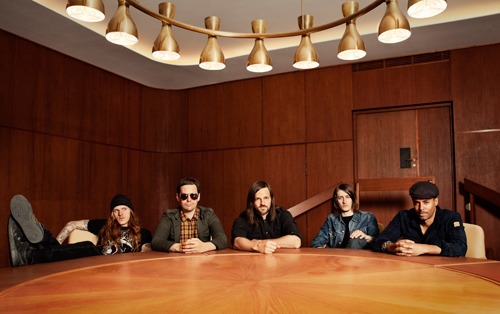 From where you’ve got the most productive ideas for the specific art of Witchcraft?

„If it is the music you mean it's a blend of all the art that you've heard or seen through the years. Th perception of the brain takes care of the rest.“

When do good ideas come at best in your mind?

„At night, when the business of the world has settled down.“

Do you want to tell about the main lyrical content on „Legend“?

„The lyrics will have to be interpreted by the listeners themselves. We will put them on our homepage when the album is released.“

How ran the working for the new release mainly?

„Very smoothly. Producer Jens Bogren is a master of his art. We recorded it in a month or so.“

What's your personal view about the ‚classic 70s spirit‘ of the new album release?

„I've always been into the sound and feel of the 60's and 70's and if you think that this album have that feel I'm pleased! We didn't intentionally do it that way but I guess it might be a subconscious choice.“

Which special aspects are the most relevant for Witchcraft, within a music-world, full of mediocre and monochromatic releases? 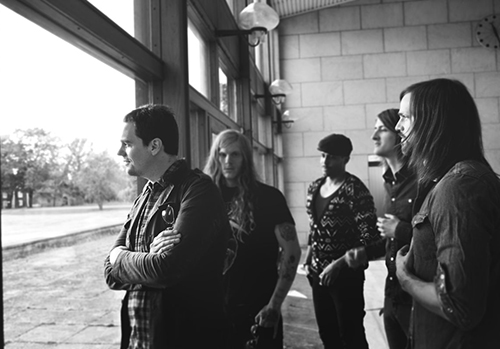 „We always try to stay unique and create stuff that stay apart from the crowd. Do what you feel and not what others think you should do.“

You've reached it to celebrate the individual style of Witchcraft often times in sheer awesome, emotional manner. Did it happen in natural manner all the time?

What's your personal ‚secret‘ to get such an outstanding and highly atmospheric result again and again, song after song?

„As mentioned above, heart and soul. Put everything you've got into it and don't force it and you will get it!“

Is it allowed to ask you guys for special musical influences?

„It's a wide range of music references in this band. Everything from jazz to Black Metal. At the moment I'm listening to old roots Bluegrass, last weekend we were banging heads to Entombed. So a wide range.“