What began 1998 full of acrid hunger for hardness, these Dutch deliver it now with an true killer release!

For their third album „Violence Reigns Supreme“ the Melodic Black Death Metal henchmen from the Netherlands gave namely all they have.

The latest work by the bunch around genre veteran and ex-God Dethroned screamer Henri Sattler clearly shows the previous zenith in the work of Winter Of Sin.

This should make it for this fully consolidated believers verily not difficult, to collect the fully deserved success finally. Moreover, the high quality of the new album output forces the fellows almost to give up their previous underground state, to rise-up duly in the light of the public.

Co-founder Dirk Barelds nods and describes the new disc simple as a mixture of aggressive Death Metal and and quite melodic Black Metal.

„The new album is a mix of aggressive death metal and quite melodic black metal. We always wanted to combine these two, and now, with the help of Henri and Michiel of (former) God Dethroned, we were finally able to do this. In the past, we have mainly worked with musicians with a pure black metal or even doom metal orientation. Now we were able to create a new sound that fits very well with our musical ideas.“ 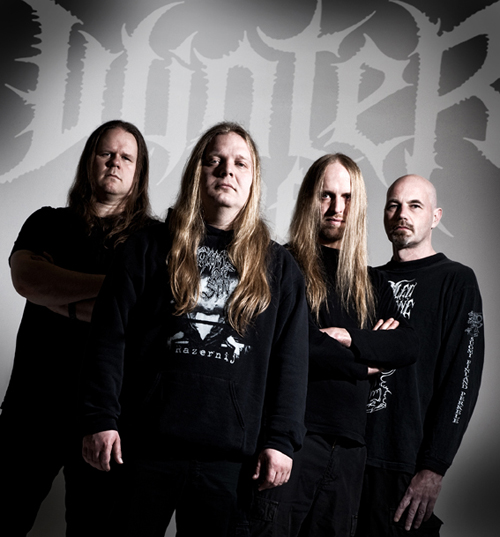 You guys do have a outspoken passion for a decent dosage of melodies in your songs, isn't?

„Yep. We like to combine different moods in our music. Particularly the combination of melancholy and pain (reflected in the melodies) and rage/aggression (reflected in the other musical elements, especially the drums and vocals) really appeals to us. Hence the inclusion of lots of melodies in otherwise quite aggressive songs. We will continue to use a lot of melodic stuff in the new songs.“

„That would be the imposed suffering and destruction of mankind. Lyrics were mainly written by either Ricardo or me, but the content is usually quite similar. The lyrics on this album reflect our dreams of people suffering as a result of (not always explicitly defined) external forces.“

„Yes, ,Biomechanoid‘. The lyrics of this song seem to capture the main feelings I try to convey through the music very well.“

Which intensive feelings ruled your minds at the songwriting? „A whole array of predominantly - although sometimes quite comforting - negative emotions. Inspiration comes spontaneously, but usually when in a mindset that is characterized by feelings of anger, despise, depression or longing.“ 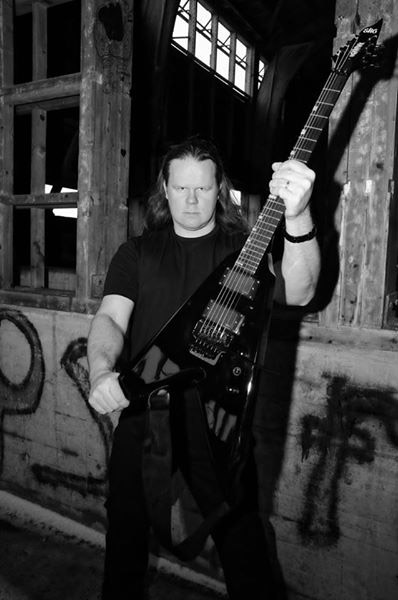 „Completing the songwriting did not take so much time in itself - cumulatively I would say about a couple of months -, but it was spread out over a longer period of time, two years or so. We went through a phase of band changes and some periodical pauses, which meant we did nothing as for as songwriting was concerned (for Winter of Sin at the least) for certain periods of time. Ricardo contributed some songs for the album, and the rest of the songs were written by me.“

„I’m just not sure you will get a decent answer. I don’t have any particular musical influences. I listen to various types of metal music (only metal music), mostly black, funeral black/doom, doom, and death/grind. Also, I am not at all a spiritual person. I don’t believe in any supernatural powers or related bogus. I do have a passionate resentment against a lot of people though… Ricardo is a huge fan of Scandinavian black/death metal, and gets a lot of inspiration from that.“

„Not really. I think that currently I like playing ,Violence Reigns Supreme‘, ,Astral Death Reign Algorithm‘ and ,Biomechanoid‘ best, but that might well change.“

What counts most for you in making music with Winter Of Sin?

„The process of transferring musical ideas into songs. We also play in other bands, in which the focus is more on the social aspect of coming together and having some fun playing intense music, or playing live, but for me, Winter of Sin is mostly about the music.“

What is your greatest dream regarding the band?

Ricardo Gelok (guitar, bass): „I would like to do some great shows and festivals with the band. Besides that, it would be great if the metal heads would support Winter of Sin; this gives me a lot of energy and satisfaction.“

Personal question: what's your greatest wish at all for the people of these socially unfortunately partly pretty rotten planet?

„I would wish for people to be themselves and to respect others for doing so.“