Mainly, all sorts of bombastically arranged, cinematically overwhelming sound-spheres stretched the frame of the endlessly wide sound picture. But there should be surprises in the future.

Instead of delivering the desired, chronological successor, the master empties his mighty cornucopia in the form of the new and third album „The Forest Seasons“ in the ears of the fans. And the very well proven sound of the Finnish exceptionalist again experiences a preliminary completion. 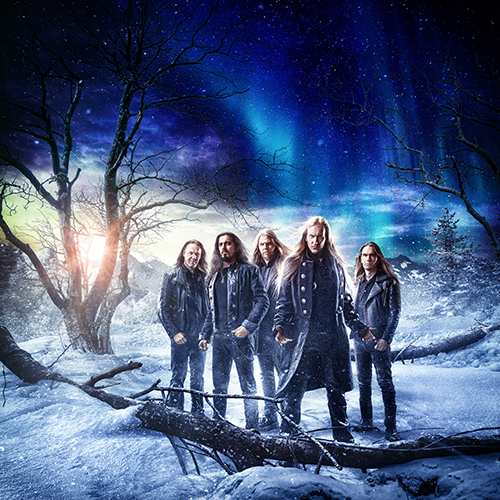 What can you report mainly about the global feedback for „Time I“?

„The album got a great response, at least we think so. Was good to see that people were enjoying the new cinematic approach after the first album, that is the actual epic Wintersun sound. The personal feedback of the album was and still is very positive, many are addressing that it is something new and unique – this is good to hear of course. Besides this the album went to the US official charts although we had never even played in US before, truly amazing. The music in general is very precisely being made and can take time to be released but that is the Wintersun way to make things as good as possible to release proper material to which everyone can be satisfied with.“

Btw, what about „Time II“ - scheduled for a later time?

„Yes, this album will be released in the future when we have the proper resources to give the album the sound and atmosphere it deserves. We made a lot of compromising with ‚Time I‘ so we want to really finalize ‚Time II‘ in the best way this time.“

Lots - positive as negative - has been discussed about Wintersun’s crowdfunding - please tell about the reasons and the result!

„I think the most has been positive feedback and talks about our crowdfunding campaign. Of course when something new happens people start talking since some have used to the old ways. What we did was something new and ground braking in heavy metal music, but it was very simple: pre-selling our new album ‚The Forest Seasons‘. We wanted to create something new and direct with our fans, and to be open and honest what we are doing and where the funding will go. Our own studio building is the best solution since in our way it would be as expensive to throw the money into 3rd party studios than investing it for the band itself with the new studio. Of course there are as many opinions as there are people how we should record our albums, but the fact is that we, Wintersun, know what is the best for us and how to get there, no one else. It is important that we are honest with our fans by telling what is our vision. That vision is our way to accomplish things and make new music in more advanced way that some others might. If you are not honest to yourself and to our fans, nothing makes sense anymore. Can’t continue what you love to do if you only get disappointed with the result of the music you want to create.“ 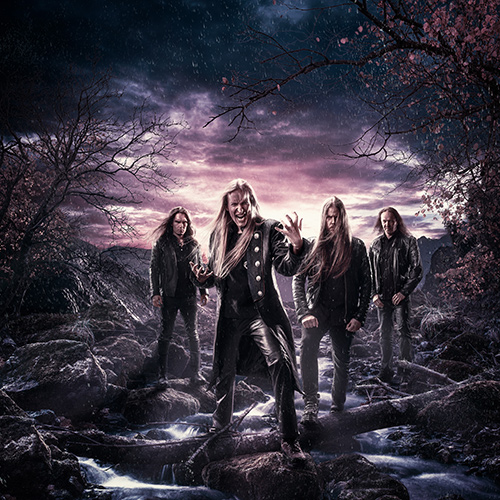 „The Forest Seasons“ - how do you feel now, after having finished these new, majestic, thrilling and ‚royal' collection of often deeply touching songs finally?

„The new album is absolutely amazing. Jari went deeper than ever before creating an emotional and atmospheric album this time. The songs are so different from each other but merge into a perfect whole. The new songs are more straightforward I’d say and bring a majestic unique mood and flow that Wintersun hasn’t released yet.“

What is the most important for you on the new release of Wintersun?

„That the new album is absolutely emotionally touching with so much contrast in it due to the diverse and unique songs.“

The new output is highly charismatic, touching emotionally and Jari’s voice comes through with immense power … fits very productive to the songs itself. Please report about the most relevant and interesting things about it!

„My voice, the low growls, indeed come through with immense power, hehe! Jari has developed immensely as a vocalist. He has found new ground to express himself more close and emotional on this album. On the Forest Seasons album the vocal repertoire is very diverse from the brutal growling to fragile clean vocals. Personally I think this transformation sounds truly amazing. We also wanted this album to have even closer feeling to the vocals. The listener can clearly hear that the vocals are very close to you – as is the concept of the whole music as well.“

Please describe the main musical character of „The Forest Seasons“ with your very own words! 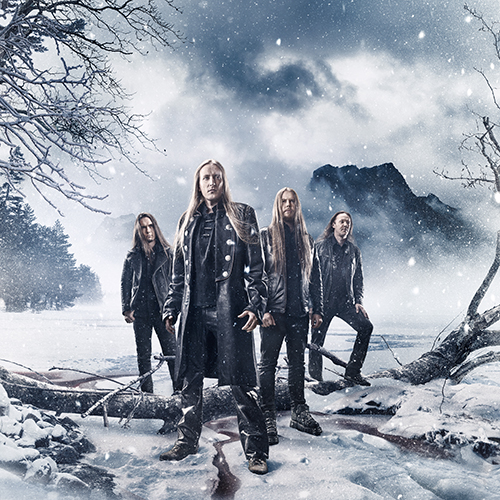 „More emotional Wintersun and more straightforward. On this album there’s the bombastic Wintersun riffing but more focusing on the atmospheric creation with progressive song structures á la Wintersun more than the progressive rhythms like on the previous albums.“

What’s your very own personal view about the ‚Spirit‘ of the new album?

The new music is extremely emotional, but appears fully genuine … what kind of emotions dominate these songs?

„‚Awaken From The Dark Slumber (Spring)’: Waking up from “a coma / darkness” you have been in your life. Fighting your demons... then energy, power, invincible.

„The Forest Seasons“ speaks a lot of course in advance - but what is behind these title?

„The title is about connecting yourself with nature – the source of everything. Like what happens in nature, the new songs reflect to your life’s experiences, emotions, questions and the mysteries.“

The songwriting process itself, what is to tell about in general? Any changes to the past?

„This album came more through intuition from Jari. He has a great number of ideas always in store but this time he went more of a ‚let’s do this now‘ attitude so there’ is more intuition and I think you can sense this on the album especially how emotional everything sounds like.“ 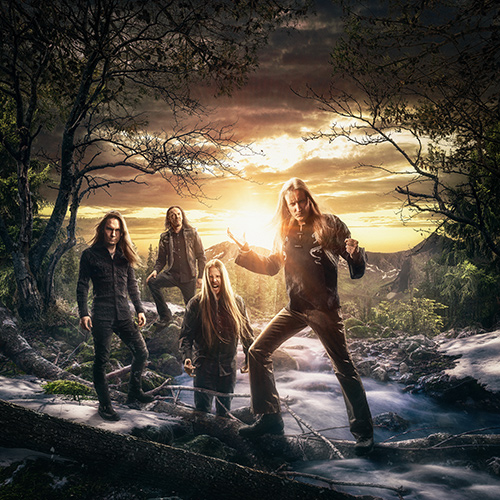 Guess, Jari wrote the lion’s share of the new songs?

„Absolutely, Jari wrote the album by himself completely. The original idea was to write one new song for the crowdfunding campaign but of course the best idea was to make a full album of course.“

„The whole process took approximately two-three years, though the song ‚The Forest That Weeps’ was already pre-ready back in 2014. We also played this song as a secret untitled song live back in 2015.“

What have been the hardest or most difficult passages of the done songwriting-process?

Be so kind and tell about the line-up situation and what brought it into the band!

„Wintersun’s line-up has always been steady and the chemistry with all the four of us has been the best! I truly appreciate this. To play more shows live, Jari wanted to step down on playing guitar live to have more focus on creating new music to release more albums in the future as well. Therefore we chose Asim Searah for our new live guitarist. He is a great guy with similar mentality like the rest of us, and also brings new energy to the band that is always welcome.“

„Love for music – it is the way to speak clearly to everyone.“