Winds are a unique and outstanding new act from Norway featuring the legendary and overwhelming, high-precision drumming of Jan Axel Blomberg (better known as Hellhammer), the guitar virtuousism of Carl August Tidemann, the amazing vocals of Lars Eric Si, and the elegant keyboard touches of mainman Andy Winter.

These names are well known from other bands such as Mayhem, The Kovenant, Arcturus, Tritonus, Jack In The Box, Sensa Anima, etc, and they have combined their dedicated efforts to create a new musical phenomenon now: Winds.

Their music can be described as classically oriented Metal with clear vocals, progressive touches, tremendous melodic guitar parts, amazing philharmonics, classical piano, and floating synth-performance. Before the end of 2000 the first recording, an EP entitled „Of Entity And Mind” was conceived, with participation from guitarist K. Haugen, bassist Paul S, and also featuring Drajevolitch on guest voice, known from Esperanza, etc. 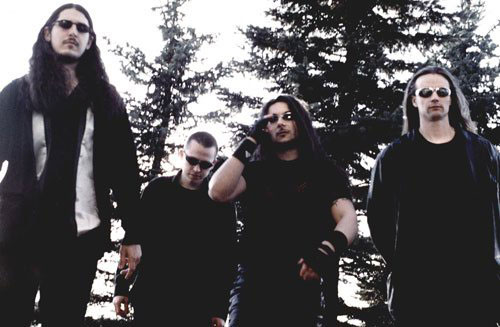 Recently the debut album „Reflections Of The I“ has been released.

Can Winds be seen as an ,all-star-group‘?

„It depends on how you see it. In my opinion Winds is an all-star group if you measure the abilities of the musicians involved. But we don’t like to be advertised as an all-star group, if that means people will think of this as a side project to other bands. It’s important for us to be recognized as the band that we are, and not just another project.”

What music did you do before you have established Winds?

„My background is from classical music, and I have not done much work with bands before. Carl has played in Tritonus, which is a more progressive Metal band resemblant of Dream Theater etc, and he has also played in Arcturus on the first album. When he was younger he was also a student at the Guitar Institute of Technology in Hollywood. Lars has played in Jack In The Box, DawG, Sensa Anima, and Khold just to name a few of his former bands, so he is a very versatile musician who has done many different things in his career, but his background is mostly from jazz and folk music, before started playing in metal bands. He has also written music for theater plays. Jan Axel shouldn’t need any further introduction, but for those who don’t know, he plays in Mayhem, Kovenant and Arcturus along with a bunch of other side projects and session jobs.”

What led you guys to combine classical sounds and Metal?

„I think our background from classical music combined with our progressive style is what makes this band very unique, but even though we always aspire towards originality, it wasn’t really an active decision that we made. It was more a result of our musical background and innovative nature that the music just turned out as it did.”

How the musicians of Winds came together?

„We basically came together through mutual friends. I got to know Jan Axel through a friend of mine, and I had known Lars from before that, who played in a band with a guy who knew Carl, who has previously played with Jan Axel in Arcturus. The musician scene in Norway is quite small so everybody knows everybody or at least has connections or acquaintanceships in one way or another. The main thing is that we have found a very stable lineup, and we have a great chemistry and relationship within the band.” 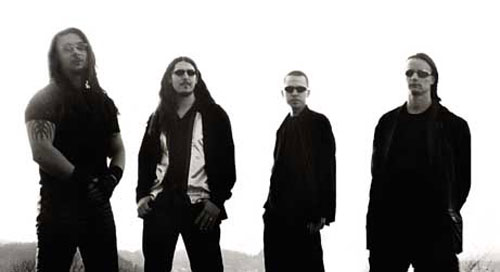 Please give a little band history, which contains the cause(s) for founding.

„The cause for founding Winds, if any specific one can be given, was to have an outlet for our musical creativity. We like to make music and we don’t like to put any boundaries onto our creativity. So therefore we’re involved in many different things, and this happens to be one of the things we really want to do. At the time we recorded our first album we saw this more as a project, but as we found the perfect people to be involved in this so easily, it was decided to pursue this more seriously with the goal of creating quality music that is not bound by limitations, but rather has an endless creative flow where we can use our ideas in any way we would like.”

Where you came from and where you live today?

„I am originally from the same part of Norway as Jan Axel and Carl, which is Akerhus county, just outside of Oslo. Jan Axel and Carl still live there, while Lars, who is originally from Oppland county, is now living in Oslo. I live in Los Angeles at the moment, where I have lived since after we recorded our latest album. Some people might find it strange how we manage to maintain the band over such a physical distance, but even when we all lived relatively close to each other in Norway, we still used to work very individually in the creative process. This is because everyone has their own role in the band and is responsible for their own parts, and we all know what we have to do, which is great because everyone takes responsibility when it comes to getting these things done. We spend a lot of time on the phone discussing the ideas, but when we go into the studio, that is when the magic really happens.”

You are a classical influenced keyboarder. Which are your faves of classical composers?

„I have many favorites, but I always mention Rachmaninov, who is my ultimate composer guru for piano music. Vivaldi and Beethoven are great composers too, but are not as notorious for their piano works as their symphonies. You will probably be able to draw some parallels with Paganini as far as our string arrangements go, but for my piano I think there are just too many indirect influences to mention. I make a point out of not copying other composers, so the influences are very indirect.”

Which were your early idols out of the (Black) Metal scene?

„Since none of us have ever really been into the whole Black Metal scene except for Jan Axel, it’s difficult for me to associate with this. There was a time when I liked a few of those bands, but for me that kind of music becomes too boring over time. The first Metal band I was really into was Metallica, but I’ve grown out of that as well. Opeth and Arcturus are some of the best Metal bands around nowadays in my opinion, but for me it’s not so important that things be Metal, because I appreciate all kinds of music as long as there is quality behind it.” 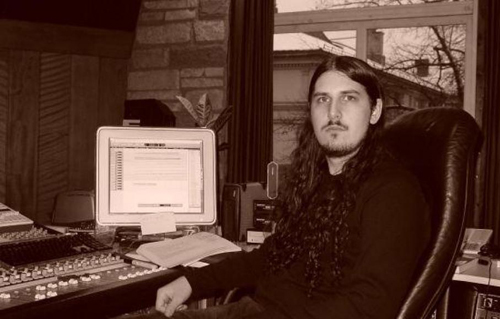 Which ones have influenced Winds more or lesser way?

„Obviously no Black Metal bands have influenced Winds, as that’s like saying Dream Theater was inspired by Britney Spears, no offence to anyone. Since we’ve have had musical schooling and have been playing for many years, I think we have developed our own style so much to say that we’re not directly influenced by anyone. But indirectly there may be some underlying influences. I know that Carl grew up on listening to Yngwie Malmsteen and Dream Theater, so his guitar playing is probably influenced somewhat by that, but he has his own very unique style, and a tone which in my opinion is better than that of any guitar player I have ever heard. The word influence for me has a very futile meaning, as I associate that word with someone setting out trying to copy someone or redo something that has already been done. In Winds we do something that’s different, and we would never set out to do what someone else has already done. Hopefully that is what makes us stand out from a lot of bands out there.”

What does mean the title of the album - travelling into the inner hell and back?

„It’s difficult to explain what it means, but it has a very litteral meaning related to the lyrical concept. Not necessarily traveling to hell and back, but going on a journey into profound and sincere places. The title also has a double meaning in a way, because this album is also a musical reflection of us.”

Please bring the (lyrical) meaning of the material on „Reflections Of The I“ a bit closer.

„All the songs are just as important because it’s a conceptual theme with a story from beginning to end. The album is structured the way it is because of this concept, and the flow of things is very much contemplated. We spend a lot of time carefully planning how everything comes together. As far as the lyrical meaning, that cannot be explained. That can only be experienced.”

Which were (and still are) the inspirations for the music of Winds in general?

„We take inspiration from different things but not necessarily other music. We’re very creative individuals so we don’t always have a clear source of inspiration either, it’s just something that’s always there. We have an urge inside ourselves to create our music.”

The great Travis Smith created another brilliant frontcover artwork for your debut album. What´s your opinion about it?

„It is the perfect artwork for the album. It’s simply amazing.” 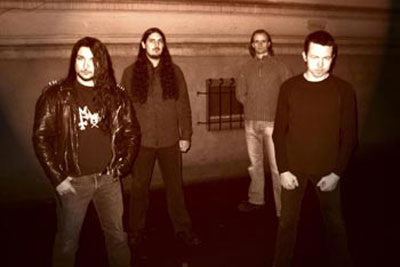 Has Travis worked out the whole thing completely alone or according to your specifications?

„It was a joint effort. In the early stages he had some difficulty understanding the concept, which is very understandable because it’s very complex, but after many hours of work we finally came to something that was similar to what ended up on the cover. We immediately knew that was the perfect piece, and from there Travis modified it in the ways I told him to. At one point I thought he was very frustrated with me, but in the end we were very satisfied, and he has also gotten comments from a countless number of people saying that this is the best cover he has ever made. So he is very happy with everything.”

What is the connection between the image and the music there?

„It’s very closely related because our music is very emotionally charged, so the imagery we create through the concept, lyrics and the melodies needs to be recaptured in the visual art. For us the cover and artwork is perhaps more important than for most other bands, due to the conceptual nature of the album, and even the band itself.”

What are your plans with Winds for the future?

„We’re currently working on new material for a third album, and we’re by now far into this process already. We plan to continue working on this, and when the time is right we will go into the studio. But since we have just released an album, the one in the works will not be finished for quite some time.”

Any live gigs in focus?

„We have thought about it but decided to put it on hold for now to concentrate on a new studio album.”

The direction in which the music of Winds will go?

„As with our previous albums we will always continue developing ourselves musically, and thus you can also expect that everything we do will just get better and better. We have come a long way already, but we have also gained a lot just over the past year. Expect us to surprise you, and hopefully impress you as well.”