In 2009 an multiple fascinating debut album appeared, as it was not yet possible to hear it in such musical way: „Runaljod - Gap Var Ginnunga“. As loving performers, various free-thinking, full-blooded musicians emerged who wanted to cultivate the spiritual pagan legacy of their Norwegian homeland as authentically as possible.

Now, the profound Ambient Folklore musicians from Bergen return with their new song-collection „Runaljod - Yggdrasil“ to give this increasingly mindless world once more timeless beauty and important depth. 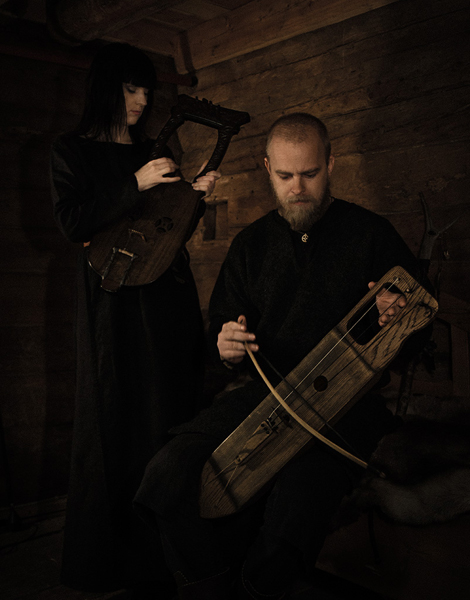 Wardruna, with this further hypnotically archaic reminiscence on the legendary 24 rune characters of the series of the elder Futhark, undoubtedly confirm themselves as fully serious artists.

I talk to Einar ,Kvitrafn‘ Selvik, who became known primarily as Black Metal protagonist before Wardruna was founded.

„All is good here in Bergen. Very hectic days with preparations for both the release and the new live set but I guess that’s a good thing.“

How smoothly did the work for the new album go?

„Both the approach I have to composing and the production are very time demanding. Managing Wardruna as well as being a family man demands a lot so creating enough time and space to fully loose myself into creative process needed for this has taken a while and was the biggest challenge. When I went into the creative process with full throttle things fell into place quite smooth.“

„Since there is a new set of runes portrayed here it is bound to shape the overall expression of the album. The first album was about creation and sowing a seed, and this album is about growth and making the seed grow and strengthening its roots. If you listen to ‚Gap Var Ginnunga’ you will hear that there is a progression in the songs throughout the album and that progression continues onto Yggdrasil. On the new album I have also focused more on the poetry and worked after the Old Norse poetic metres and even written lyrics in proto-Norse tongue.“

Who have been the main songwriter for the new publication of Wardruna?

„I write all the music and play all instruments on ‚Yggdrasil‘ but compared to the previous album I have worked much more closely with both Gaahl and Lindy Fay Hella in the arranging process of the songs. Gaahl has from the very start of Wardruna played a big part in shaping the concept and has also been the person I test my ideas on, sometimes even before I start the actual recording.“ 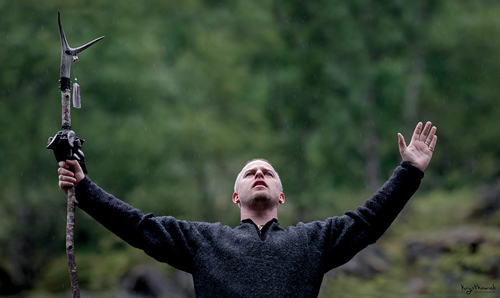 How long did the whole songwriting for „Runaljod - Yggdrasil“ take?

With which expectation(s) have been started the composing of the new Wardruna summonings?

„This way of composing makes it hard to plan but I had some sketches and ideas ready but mainly I try to go into this without to many thoughts and expectations in forehand.“

Please tell about some of the done recordings for „Runaljod - Yggdrasil“ at special nature places!

„Well there are of course a lot of ash-trees played on the album but the most extensive recording on the album was on the song ‚NaudiR‘. NaudiR means Need. It represents all that is need but also the fire that ignites when you are in real desperate need. It is the fire that takes and the fire that gives life. The vocals on this song were partly recorded outdoor. I fasted for two days, went walking out on a snowy mountain barefooted and with hardly any clothes on trying to capture that fire in the song.“

Be so kind and bring the main lyrical core of Wardruna a bit closer!

„The content of the lyrics vary a lot because each of the runes that are portrayed on the album are very different to each other. What I can say is that on this album in the digibook version will contain full lyrics with English translations.“ 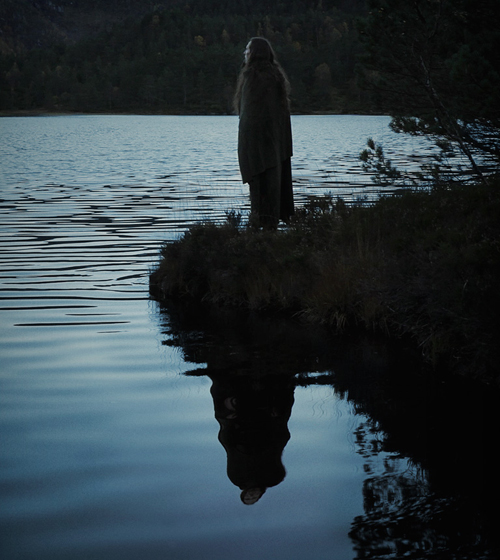 Why do you do this all with Wardruna - better said, which is still the most inner driving force within your creative heart to rise such spiritual music?

„Well I have had a great interest in the Norse history and culture since I was a child but it is hard to explain why the feelings for it are so strong. I don’t necessarily think that everything was better before etc. but I do strongly believe that we have thing in our cultural and spiritual heritage that is just as relevant today as it was 1500+ years ago. I want to sow new seeds and to strengthen old roots and in order to make something grow it is important to look ahead rather that live in the past – but remembering ones roots can be important as a tree with no roots will fall.“

Which special aspects are the most relevant for you in your unique and personal music, within a world full of trendy, short-lived music marionettes?

„For me it is important to go into the songwriting almost with a child-like approach daring to go where the song is taking you without considering rules and patterns.“

Sounds on „Runaljod - Yggdrasil“, as if you were giving yourself to old Shaman spiritualism, as if this is your greatest love ever. Isn't?

„I would not link it to love but rather regard it as a way of life and a tool. Shamanism or animism is definitely a cornerstone in my personal beliefs and religious practice.“