The equally very well done 2004 album predecessor „Kraft“ authorized the succession troop of Windir after the tragic death of bandleader Valfar to jump out of the powerful shadows of the old band name with oversized leaps.

And while Vreid acted on the debut album partly yet rather in a modern manner and stylistic incidentally variably, the Norwegian now tend on the new long player „Pitch Black Brigade“ increasingly into hard boiled and to more traditional areas.

That this new silver plate makes more than official high-pressure, for that provide also in surprising manner diverse references to the good old times of Windir.

Jarle Kvåle aka Hváll unbuckles its bass guitar in order to face a conversation to „Pitch Black Brigade“. 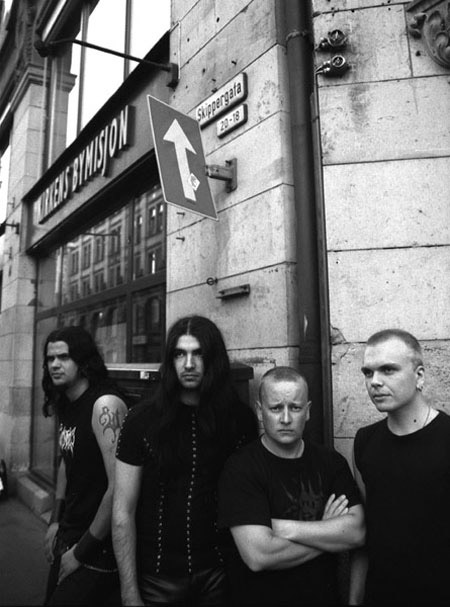 Hey Hváll, how do you guys doing these days?

„We are doing just fine. Last weekend we finished the mixing of our new album. Friday I am off to Stockholm to do the mastering of the album, and Saturday we are shooting a video. So we are actually quite busy you now.“

„We have been working our asses of with this album and I am really satisfied with the result. The production is heavier and clearer than `Kraft`. We worked a lot with the combination between the bass and drum sound, and I think it has made the album sound very tight. The album will contain of eight songs, and there will be a video for the song `Pitch Black` available at the same time as the album.“

Please tell about the development of the new songs!

„I started working on new material late 2004. After the European tour last winter I spend a couple of good months writing the rest of the material. During the summer we did a preproduction, and we started the actual recordings in September. I have written seven of eight songs for the album, Ese wrote the last one.”

Is the good old spirit of Windir still included?

„The spirit of Windir is very much there and will always be there as Windir was the main thing in my life for several years. But musically I think that there is a clear difference between Windir and Vreid. Some songs like `Hengebjørki` on the album have very obvious references to Windir, but most of the material is different from the sound of Windir.”

„I am very fucking satisfied with the album. I have never been so satisfied with an album before. I feel I have gotten the sound that I have been searching for to this album. The songs have turned out just as good as I hoped when they popped up as ideas in my head one year ago. To get this feeling is what makes me satisfied working with music. It makes everything worthwhile.”

Which listeners would you recommend the new album of Vreid?

To which bands do you listen to nowadays often? 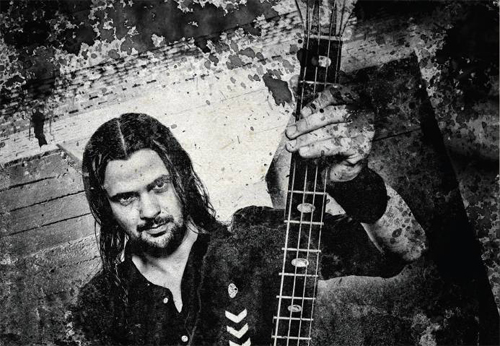 Please report a bit about lyrical contents of the new work!

„There are five songs in English and three in Norwegian. Nothing in German this time, but who knows what will happen next time? The lyrics are inspired by the brutal history from the last century. With two world wars and numerous of totalitarian regimes, there was a lot of evil events to pick stories from. The Versailles judgment of Germany as a scapegoat after WW1, and how this fuelled the events that lead to WW2 is an example of things that has inspired me. How some people of the DDR wanted to get their old state back within a decade after the fall of the Berlin wall is another example. The brutal way both the communist and the nazis treated their prisoners has also had an impact on the lyrics. The lyrics for the song Hengebjørki is a story about a bitch sleeping with a soldier from the land that are attacking her country. Needless to say that is provoking many of her fellow countrymen, and her destiny does not end as a happy fairytale.”

How´s your daily life in Norway?

„Rehearsing, drinking, working as a teacher, walking my dog and doing the things that are natural to do with your girlfriend. (does evolution ring any bells?)”

„To make enough money to hire a team of fluffers to each show. [laughs] Become bass player of Metallica and kick some sense in to their brains again. How can anything that good turn so bad?”

Surely it isn’t still easy for you guys, to live with the tragic fact of the sad loss of Valfar. What can you tell about?

„This is a thing that will hang like a rope around my neck the rest of my life. Losing my best friend was a total shock, and it is impossible to describe the impact it has had on me. I guess that I will never accept that he is gone, but still there isn’t anything I can do about it. Life’s a bitch!”

What would Valfar say to your new creations?

What do you think about the often times hypocrite European Black Metal scene?

„I don’t bother. I don’t classify either Vreid or Windir as Black Metal bands. This is an issue that really does not interest me.” 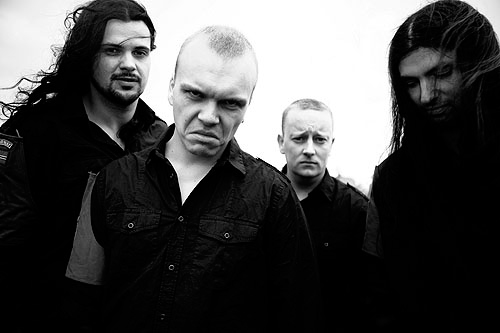 „Things are very good as far as I know. We survived a six week tour without killing each other, so there seems as there is a future for Vreid. If they can cope with my semi-totalitarian regime, I am sure everything will be fine. We have known each other for over 20 years, and been playing together for over 12 years now, so I guess we know eachother good and bad sides by now.”

The new frontcover art; who did it and what is your own opinion about it?

„Sture has done the actual work, and I have been feeding him the ideas. The background is a WW2 photo of the bombing of our home county in 1944. I am extremely satisfied with the cover art. A damn fine reflection of the lyrics.”

„On the European tour London, Paris, Groningen, Novia Gorcia and Zagreb were absolutely brilliant. I was also very satisfied with our appearance at the Inferno Festival in Oslo.”

What´s special at a show of Vreid?

Are you completely satisfied with the result of the Windir DVD?

„I thinks the result was very good. The concert has a very authentic live feeling to it. A fine hymn to a brilliant band.”

„Play as much live as possible after the release of `Pitch Black Brigade`. Keep writing music, have a drink or two, and keep on doing all the other stupid things I do. That was all for now. Markus, thanks for your interest in Vreid. Cheers, Hváll.“