Pleasing matured and remarkably sovereign it has become what the Swedish exceptional artist and gifted octaves specialist Andreas Hedlund aka Vintersorg has transformed on the new album „Orkan“.

Commendable independently moreover the subtly progressive songs were designed. For many years, the popular singer and friend of nature, who quite likes to be called for short Mr. V at his band, holds to its deep and heartfelt love to playful Folk Metal music.

The immensely inspired appearing depth of the new publication, it is then also ultimately, what stylish crowns the complex as subtly arranged songs of Vintersorg. Mr. V answers the newest questions.

How do you feel after the works on the new release are finished? 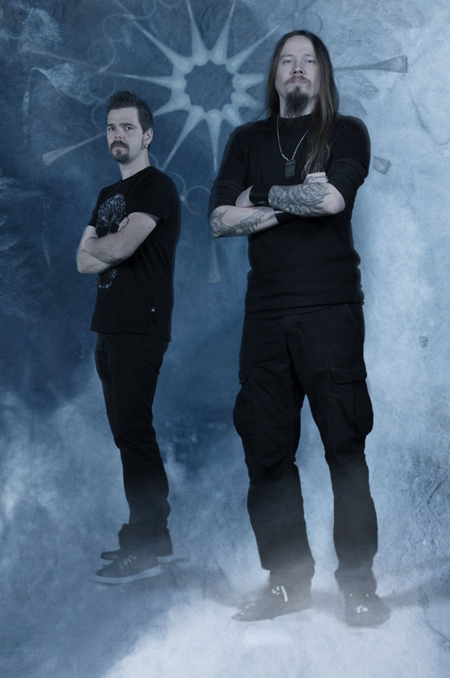 „I’m fine, just having the flu of the millennium but otherwise fine, thank you. Doing the album has been a great journey that has taken us through many different musical spectrum and feelings. And we also did some extensive work on the production to get the right atmosphere, the right clothes for the songs so to speak. And all in all we’re very satisfied with the whole thing from the songs to the actual packaging.“

Seems, that we have a ‚mariner album‘ of Vintersorg these time!

„It may appear that way but the album is actually the second in a vaster concept that is completed with a fourth album. So … the frame for this line of albums is the “Four Elements” and “Orkan” is actually the “Air” album but I always like to work a bit deeper than just the obvious and direct motifs, so therefore the dressing of the booklet. But some of the songs are really related to being at sea and feel the force of air in raging motion.“

Were you ever on an old sailing ship and if not, would you like?

„I’ve done some sailing in a small scale and the sea have a magnetic force on me I guess but the time and economy is too limited to really explore it fully. It’s so majestic, mystic, beautiful but at the same time very brutal. It has all the ingredients that makes a good drama.“

Please bring the main content of the lyrics of your new creations a bit closer!

„It’s based on the relation between man and nature from a very broad angle but it’s a lot about being out in the wild to see, listen and feel what the forces tells you. The title of the album gives you a glimpse what types of elements that are at focus this time around. “Orkan” means something like “Hurricane” and how such a violent act can really be mesmerizing and how an encounter with it may end up. Some tracks take a more existential approach to nature and all its glory, in a vast scope. It’s the classic Vintersorg themes but a lot of focus on “Air-theme”.“

From where have you get the main ideas for your new songs? Books? Movies? Poems?

„For me inspiration is kind of a disease! [laughs] I like to play instrument of various types but have a hard time to play them without my mind starting to figure out new compositions … which is great in a way but sometimes I just want to sit down and play … damn you brain! My inspiration of writing music comes mostly from writing music, one thing triggers the other and then a third … and so on. So when the loops is started it’s a bit hard to stop this amorphous organic machinery.“ 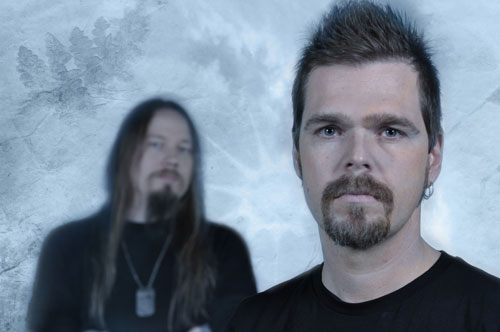 And when did the ideas come regularly best in your mind during the creation process?

„I can write music at any hour of the day … my inspiration is always ready to be picked up it seems. And I have a full time work and two kids with all that comes with that, my time is very limited so I have to use it wisely and therefore it seems like music writing is always on standby … so when I have an hour free I just jump at my musical domain and compose new themes/tracks/fragments.“

Are you even happier meanwhile about the made return to the popular musical style of Vintersorg, through which the band once got famous?

„It just happened I think. Vintersorg is always going somewhere music and lyric wise, we’re not a stand-still-and-refine-what-you-have, type of band. So when the this type of music started to speak to me again it was very natural to jump on that train, even if the new album isn’t like the old ones in some ways. We’ve evolved and is exploring new musical grounds but carrying a back pack of our past while doing it. Our art is very important to us, we take it dead serious and don’t compromise about the actual song writing. So … what you hear is totally from the heart/mind and not from any business angle at all.“

What do you think about the bands of nowadays which do mostly anything (even change the style of music) to become and stay popular?

„I call it entertainment and show business, not much to do with art from my perspective. I have so much more in common with the artist of the renaissance then artists that have such an approach towards their work. Music is something that I need to feel alive, but all the commercial aspect that kicks in when you are changing to fit it is very odd and sad from where I’m standing.“ 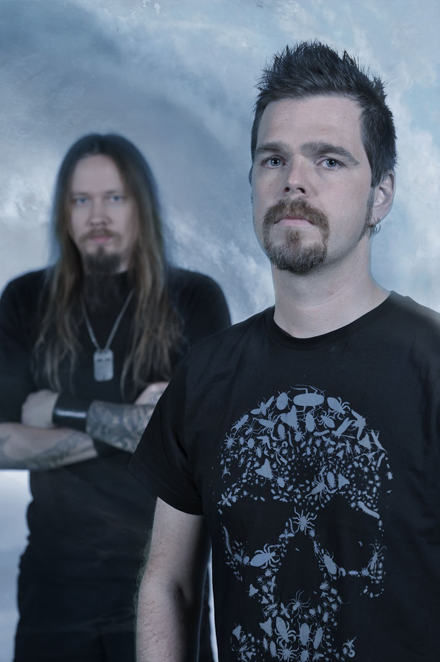 Which is your preferred kind of music at home currently?

„Some Metal of course, a lot of progressive and symphonic Rock from the 70’s, some ambient stuff and also Folk music. But I work so much with music that I don’t listen to others that much any more. And with that I don’t say that what I write is better, but silence is also a sound.“ [smiles]

Which is your preferred hobby beside the music?

„My family with my kids and all their activities, working and building on my house and nature in all it’s forms. Somehow a lot of these things are related to music in the way I treat it, so music is something I always need to feel complete. But of course my family is my first priority … still though my kids love music also so we can explore it together.“

What expectations do you have regarding the release of „Orkan“?

„I don’t really know? I hope people like it as much as we do, I simply love it. It’s an album that follows the line of “Jordpuls” but still with something new to offer and a more perfected production. You just have to check it all out.“

Vintersorg was founded in 1998, and lots of music and styles came out meanwhile.

What specific thoughts are in your head when you think about the unusual long lasting existence of the band?

„The band started out in ’94 actually but under a different name, “Vargatron”. And since then a lot of things have happened, styles has been invented and then put to rest … to be reborn again … but I’ve always followed my own mind in all this. I started out with blending Black Metal with acoustic guitars and “clean” vocals. Back then I got some very negative reactions to that … later on it became very common to blend the different vocal types. We’ll just stay with our vision and will try to record excellent records. We don’t have any political our religious agenda … well..it would be then to address the state of Nature, how we need to wake up from this polluting slumber.“