Its too progressive composition times Andreas Hedlund has now definitely left behind, as the new album „Jordpuls“ („Pulse Of The Earth“) knows how to reveal.

Rather, the creative Swedish head behind the resistant band name Vintersorg recollected on the musical roots, whose strength and depth made his band once popular in wide manner.

And this was quite surprising even on the melody-sector, as the gifted vocalist, fit guitarist and himself repeatedly reinventing songwriter shows the fans now with using diverse landscaped songwork. Sung completely in appealing Swedish, the exceptional expressive organ of vocal-cord talent Hedlund heaves stable Progressive Nordic Metal constructs finally back up to lofty heights.

Therefore the new tracks are all based on an equally interesting as pleasant contrasty grace. The involved members master the not quite simple wide splits between early creative features and refreshing artistic dynamic with audible much attention to detail and dedication. Andreas answers the questions. 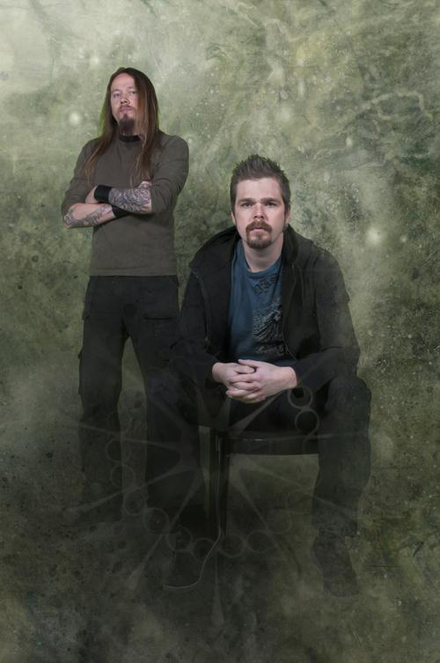 What is still the most inner driving force within your artistic heart to create such epic and pagan extreme Metal music and lyrics?

„My/our work of art is something that goes deep into the roots of our beings, I can’t imagine how life would be without having this creative output to filter all the ideas through. I have three general priorities in my life and that is family, music/lyrics and my day time job. The driving force behind all this is quite hard to trace I guess, it’s just there and I’m a very curious guy so I want to explore that source as far as it’s possible. And the music that ends up on the albums is a result of that, the exploration of my physical and psychological aspects that I find co-relating to music.“

Please explain the title „Jordpuls“ and the lyrical background of the album!

„A short translation would be something like “Earth Pulse” and the lyrics deal with man and nature, that relation through a really wide scope. Not just how we exploit and benefit of it but also how we can learn about ourselves and our surroundings by observing, exploring and philosophize about the importance it has for us as individuals, group and specie. How can we keep this relation healthy and so forth, it’s not though a political album. Nature are in focus but this time it has a lot of a romantic touch, describing a beauty that we soon may not have.“

Please bring the main content of the new lyrics of „Jordpuls“ a bit closer!

„I guess it’s what I said above … it’s nature observed and analyzed through a nature romantic view. The philosophical side of it is that I try to see what patterns that we’re causing both within ourselves and the outer surroundings where we work at….I think mother Earth have spoken to us in the loudest of tongues…but do we listen? Do we have the skills to listen?“

Please name the main message of Vintersorg for 2011!

„We don’t have any political agenda or such … but we want to inspire people to think about all these matters. And of course to go on an adventurous journey with us through our music.“

The new songs are very theatric in a way. Please tell how they became what they're!

„Hard for me to actually translate it into words. I write music and lyrics based on an emotional platform so I try not to analyze why things become the way they do, instead I’m just grateful that we have the opportunity to express ourselves in this form. I like dimensions in whatever I experience and music is not different, so therefor it’s very natural that the music I write become quite dynamic and playful.“ 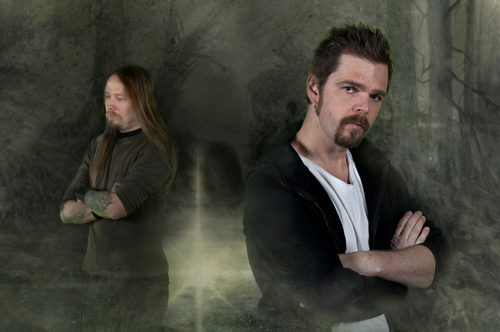 There's still an amount of progressive elements in your music to hear.

But not as it was the case on your most progressive outputs. Why?

„Again it’s about what feels important and natural at this point. I just write the songs that feel very accurate and the progressive element is a bit decreased this time around. I like adventurous music myself that take some time to dive into and I think that we’ve mannish to such an album with “Jordpuls” and then I don’t bother my mind with it more than that.“

What is the greatest power of the new album „Jordpuls“ in your opinion?

„It’s very diverse without losing a flow and a uniting atmosphere. It has a lot of different types of songs but they’re all a part of the equation so to speak. The production is also very nice as it sounds organic but still focused, cold when it should and warm and cosy when it should.“

How many days took the studio time for the new album?

„We only recorded during weekends so it took us really some time to finish it, actually about a year I think. But we didn’t rush things and we recorded, mixed and mastered it by our own in my studio. It was so brilliant to have the opportunity to work when we had time, inspiration etc.“

How were the studio works for „Jordpuls“? 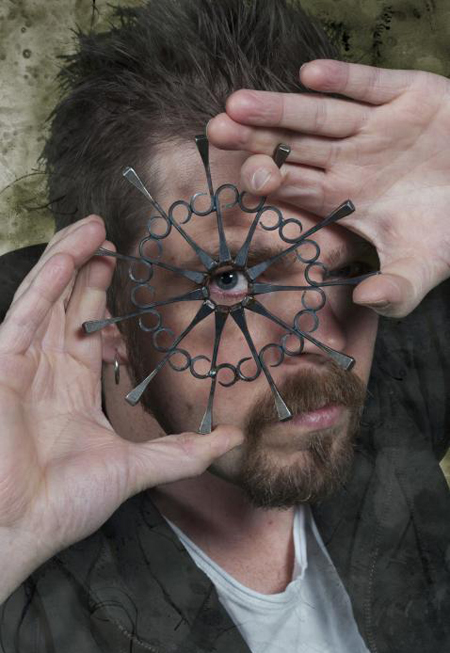 „I recorded all my parts with the different instruments and Mattias his part, then I did a pre-mix of the tracks that we later worked on together. It was just perfect.“

Who is still the main songwriter inside the band and who is the main lyricist?

„I write songs and the lyrics and it has been that way throughout Vintersorg’s history and then I present the songs to Mattias and then he also come up with production ideas and so forth. The cooperation is fine and as we feel it work so well we’ll stick to that formula.“

How did the contact with brush master Verwimp? Your opinion about his works?

„When it came to the actual presentation of the album visually we talked a lot with our record company and then decided together to contact Kris and see what he could come up with. He did kind of a pre-painting just as a sketch and then talked about some small ideas and details … then he did the real painting and it’s just marvellous in our eyes, he captured what we felt visually.“

What was your happiest moment with Vintersorg in 2010?

„Just the whole thing with the new album, it’s been a pleasure and we’re very proud with our accomplishment. After the album was ready I wrote a lot of Vintersorg tracks, as I was really getting into a strong emotional vibe that was connected to what we already had done. I think some of those tracks will end up on the next Vintersorg album.“

What are you looking forward especially in 2011 with Vintersorg?

„Promote this album in many different ways and see where it lead us. Also start working on a more structured way with the new songs.“

What is your preferred nature experience?

„Nature has so many shapes, nuances and different forms. So there’s no ultimate one I guess, it’s there for us to explore and be aware of. It enriches our life and make us more humble with our own existence if we’re willing to widen our human scope a little.“