Satisfied with the outcome of the 1998 mini album entitled „Hedniskhjärtad” (Pagan-hearted), Vintersorg began writing new material for his first full-length recording, „Till Fjälls” (Up in the Mountains). Vintersorg's passion for folk music became obvious with this release, as with the great follow up in 1999, „Ödemarkens Son”.

Vintersorg returned in 2000 with an outstanding new release entitled „Cosmic Genesis”. The natural progression of the band's musical development soon gave way to the addition of a second guitarist, Mattias Marklund. The two musicians had been playing together for over ten years, so it was a logical step to forge a more permanent bond. 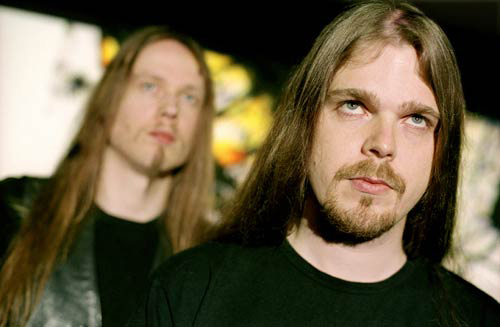 In 2001, Vintersorg began writing material of an even more progressive and intricate nature.

It soon became clear, after the pre-production work of „Visions from The Spiral Generator” in their small studio Seven Stars, that a drummer capable of handling the technical and creative aspects of the new material would be needed.

Asgeir Mickelson (Spiral Architect, Borknagar), with whom Vintersorg already had a working relationship through Borknagar, joined the recording efforts.

With Asgeir came the suggestion to recruit famous Steve DiGiorgio (Death, Sadus Testament, Control Denied) for the recording of the bass tracks.

Talented multi-instrumentalist Hedlund alias Vintersorg himself fills again my need of knowledge, this time regarding „Visions from The Spiral Generator”.

Which was the main reason for the soft musical change in your music?

„It’s always about development and progression in our minds and existence when it comes to a new release. We have to feel that we challenge ourselves and constantly pushes our ability and operations to the utter edge of what we are at the moment. And things comes very natural and logic even if it’s an odd and illogical leap from time to time. I had a clear vision with the album and dared to continue with it and use the whole spectra of it while writing the album.”

Hedlund felt that he had to dive into some intricate patterns to fully express a wider musical complexity: 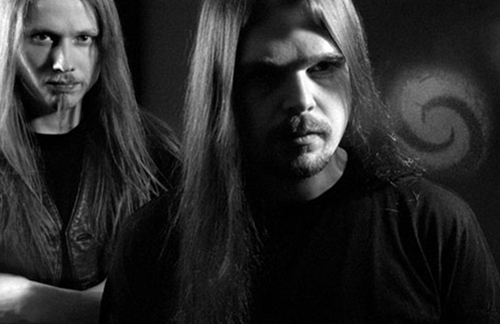 „Therefore the slight change, still the true Vintersorg reference and essence is present guiding you along in the new soundscapes. So the album is something to dwell upon, more details, more real arrangements, more melodism ... and we feel it’s a nice adventure to explore, still it may take some time to digest it, but if you’re holding out it’s very rewarding I think.”

„It’s rooted in the formations of spiral structures, the most essential and most frequently appearing shape in the whole of Cosmos. And the abstractness of the mathematical formula PI may be the tool to understand it, and reveal the hidden architectures of the universe. It may sound strange to choose mathematics and scientific topics, but we’re dealing with the basis of our existence, the basic building block of our self and the world. Everything moves in Spirals? Exhale cigarette smoke and you’ll see it moves in spirals, milk in coffee, oil in water, our DNA, fingerprint, shells of marine and landliving animals, pine cones, the face of a sunflower... and maybe cause we’re living in a giant spiral(our galaxy) everything moves in spirals? What is the architect behind it, what is possible for us to know, we uses the theory to unveil the theory, maybe that’s the closest we ever get? From this aspect the title becomes quite obvious.”

„The force, power… or whatever that generated and generates the vastness of everything and nothing.“ 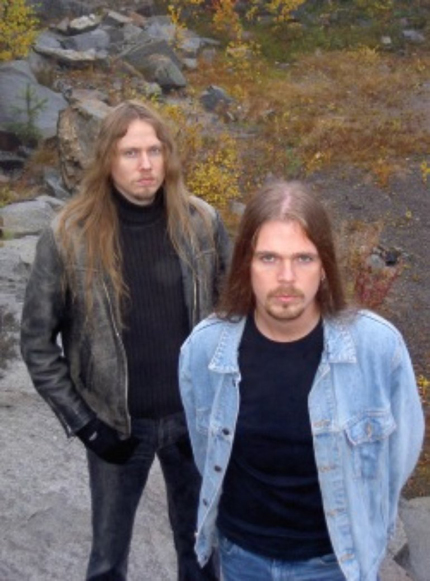 „We’re just touching the outside of the opacity of life and life launching, our awareness is the instrument that we use to measure our own being in relation to others and cosmos. The album is how we see upon these matters, it contains our visions and experiences, how far we’ve come in our quest, what we feel about the beginning and the end.”

How have you found Steve DiGorgio as four-stringer?

„Wrong! Five-stringer, hehehe... Steve really enjoys Spiral Architect and like Borknagar as well, and as we have the drummer of both bands on the album, Asgeir Mickelson, we simply asked him if he wanted to interact as a rhythm section with him, and his response were positive. So I shipped him pre-production of the tracks and he got fuel and inspired to work with us. So one day I took the tapes with me and flew to America and then we rehearsed for some days and then went into the studio and nailed it. It feel as a great honour to work with two such instrument wizards as Steve and Asgeir, they’ve really added more dimensions and brilliance to the album. And therefore we’re very glad to say that we’ll work with them on the next album as well.”

How was working with him? He lives in the United States...

„As I stated above, I sent him the pre-production and we worked from there. And he’s so skilled that he knows what suits and what doesn’t, he found a perfect balance with supporting and showing off. Every tone he play has a function. And Asgeir do the same, very progressive and odd patterns without freaking out and ruining the songs.”

Will he stay at your side at Vintersorg?

„Yes, at least for another album. But we’re only two guys in the band. Me and Mattias, and then we hire session guys when we need.”

Which is the line-up?

Please explain the development of the basic idea for the new album! 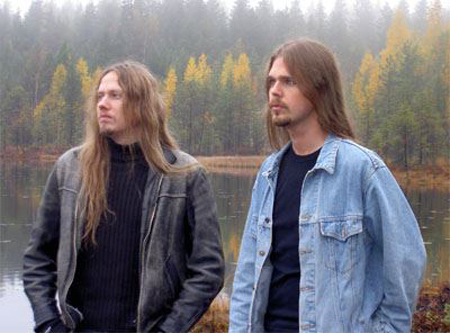 „It was as stated a challenge! To explore territories that are untouched for us, the develop as musicians and composer. That’s the plan with the album, I just focused on what I wanted to achieve while writing it and constantly remind myself about that it’s not about playing safe here, it’s about writing quality songs that are fresh to myself and the world. And in some senses I calim that we’ve succeeded, that’s not many bands that are doing what we are. But I don’t mean this in a bragging way, I’m just very satisfied with the outcome of the album, it follows my Vision.”

Which have been the inspirations for the music on the current album?

„My inspiration source is myself, just thinking about the large issues makes you creative, you wants to form your own microcosm. Reading is another thing that can really trigger my composing lust.“

Plans for the future and for the next album?

„Yep, we’re working on the new album right now. It’s going to be called `The Focusing Blur` and it’ll be a concept/theme album dwelling on science and faith... a new step, but very Vintersorgish and several aspects, a lot of acoustic guitar and big vocal arrangement, but still not a repeat of the older albums.”