When these strongly natural-connected pagan souls once united in Siberia on an idealistic level, the creative senses of the spiritual visionaries had one thing in the most demanding kind in mind: to interpret the ancient times of their homeland before the forced Christianization as authentically as possible.

A stable „Slavonic Ethno“ soundframe serves the fourpiece from Krasnoyarsk as an enormously load bearing vehicle for their extraordinarily deep ambitions. 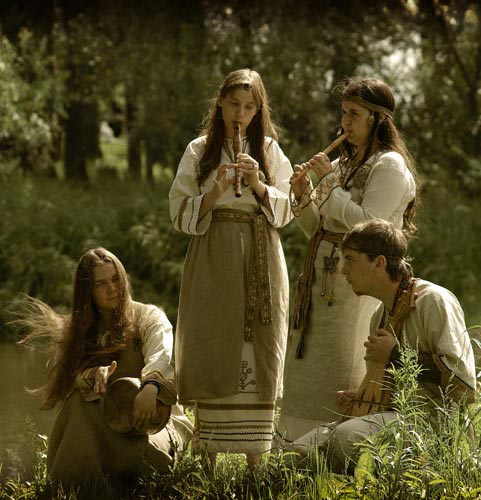 What is behind the exciting band name Vedan Kolod?

„Vedan Kolod is a sentence from ancient Russian language. It means “prophetic tree”. One legend narrates about mystery tree and people who made musical instruments of it’s wood. Those instruments like flutes and Gusli could tell descendants about events of ancient times, about their own history, and to share wisdom which is saved in trees.“

Why you do this at all?

„Maybe, it’s because we feel like it. Also, in my opinion, there’s a lack of folk instrumental music within Russian musical space now, not mentioning medieval one. It seems like idea of this type of band was floating on a surface. And we were the ones who brought it to life. Medieval music is the most unexplored music in our country. For centuries Russian Orthodox Church has been destroying everything connected to pagan ages. Besides, musical and instrumental national legacy is the thing that people of all times valued as one of the most important.“

Which is still the most inner driving force within your creative heart to create such folk music?

„We’re totally into singing, fingering authentic instruments and musical improvisation. Even being left without any opportunity to play, we still will be singing and playing, because since some time it has become a part of us. Our parents were always closely connected to music, so it’s natural that we’ve kept songs of our ancestors. These songs are dating to the times when Russians were exploring Siberia. It’s a pity that nowadays folk culture is literally dying and being replaced with artificially created TV-culture and governmental propaganda. All we do is trying to keep our folk culture, at least the piece we were raised on.“

Do you take care about TV, Radio and Newspapers at all – with all the targeted and cruel, brainwashing ‚News‘? 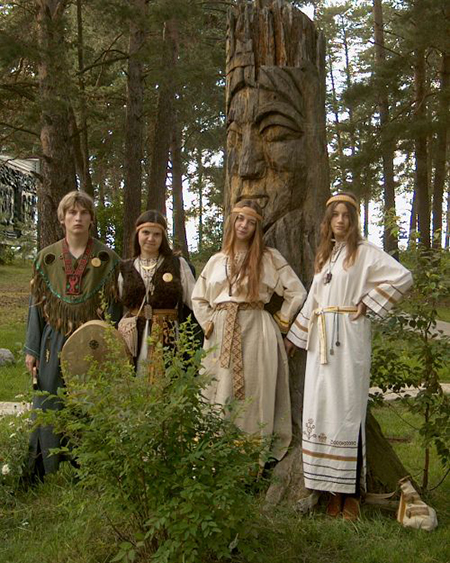 „We don’t have TVs, so we won’t watch it unless we’re forced to it. News are coming to us through the internet. We are listening to radio much rarely. It’s obvious that internet and modern life-style have made avoiding mass media influence much easier.“

Be so kind and bring the main lyrical content of your creations a bit closer!

„It’s quite complicated topic to be explained in few words… There are five albums of Vedan Kolod have been produced for today, and it will take you almost four hours to listen all the albums’ songs. Of course, there are love-songs on the albums (you can’t evade them when playing folk music). Also, we put on music texts from chronicles, ancient annals, etc. So-called “calendar songs” were sung by our ancestors on certain days of the year. Songs for ceremonies are represented too. In the ceremony songs music has more important role than words. Our new album is performed in ancient Russian language, which is hardly understood even by Russians. That language has truly outstanding melodic. The album is devoted to the real historical event, depicted in the epic poem “The Tale Of Igor’s Campaign”. This poem dates to the end of XII century and represents Prince Igor’s campaign against the Polovtsi tribe, which took place in 1202. “The Tale Of Igor’s Campaign” can be compared to other epic poems such as: “The Song Of Roland”, “The Daredevils Of Sasun”, and “The Song Of The Nibelungs”.“

Who is the main songwriter in Vedan Kolod and which instrument he is playing?

Who is the main lyricist in the group?

„Most texts, instrumentals and melodies are written by Valeriy. Search and arrangement of Folk songs is made by Tatiana. She is also author of some songs and the lead-singer of our band. Other songs were born at rehearsals, due to the collective work. As for me, I sing and play rhythmic instruments. Furthermore, I am the band’s director.“ 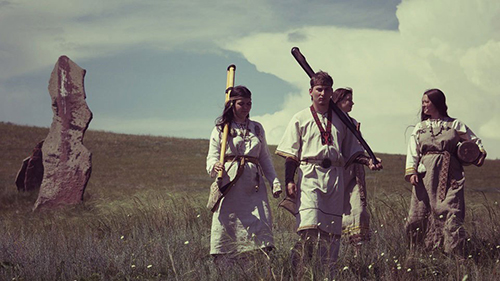 In which age did you discover the grand meaning of paganism for yourself?

„It happened when we were nearly 15 years old. And I was 20 when heathendom has become my life-style.“

Which has been your greatest moment with Vedan Kolod to date?

„Speaking of great moments, first I recall is our Russia tour in 2010. We moved from town to town by car. Fulfilled with emotions, we still remember those concerts, hosts, audiences… It seemed to us quite impossible to perform in almost twenty towns all over Siberia and European Russia in only three weeks.“

Which is your preferred season? Do you practice your love to ancient ideals and your dedication for Mother Nature at the weekends in the forests of your area and in which way?

„Summer, of course! We can enjoy summer for the whole two months here, in Siberia. Then the snow falls down, and that’s all, need to wait till next year. This is why we love flowers, leaves and sun that much. Speaking of ceremonies and national customs, it has been always common to our families to celebrate spring by burning down the Maslenitsa’s dull (the symbol of winter). Also we celebrate solstice: jump over the fire and sing the ceremony songs. We love and protect our Mother Nature.“

What spiritual aspects are most important to you, with regard to the paganism of these days in a world full of shame and lies? 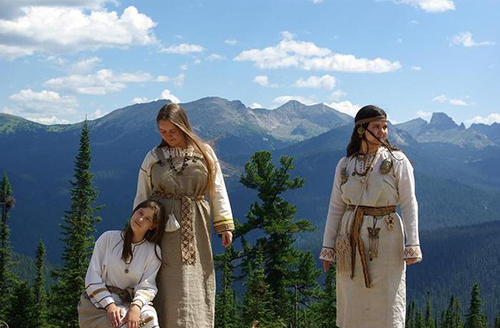 „We believe that humanity is above any beliefs or religions. Discrimination and segregation of people whose beliefs differs from yours must be expelled. There’s no difference, whether you visit church on Sundays or just go to the nearest forest and worship Mother Nature. Alas, people always tends to teach each other, more to it, the herd-effect is always prevalent over rationalism. So, that is why nowadays you are risking being not as everyone and coming up with your own opinion. The same thing about our band. As followers of heathendom we were frequently oppressed, and all became only worse when our popularity grew up. On the other hand, it makes us stronger, helps to gather like-minded friends and teaches us to be unite with them and inside our band. We have a lot of heathen friends all over the world and especially in the Slavonic countries. It’s a real brotherhood, I should say. It’s great when you learn how to be a part of one big family.“

What can you tell about the concert situation of Vedan Kolod?

„2011 has began very roughly to us. We performed with Folk Metal band Arkona, played at few festivals in Russia, presented our fifth album in Moscow. In 2012 we’re about to visit some European festivals in Germany, Hungary, Slovakia, Poland and Norway.“