Already with the album predecessor „A Fragile King“, placed on the market in 2011, Vallenfyre adored the style Old School Death Metal with rare darkly sounding manner.

Hey Greg, be so kind and describe the main musical character of the upcoming album release!

„It’s very raw and dirty sounding,but we wanted to strike a balance between the aggressive material and the despairing,grim material. So we tailored the it so the faster tracks have that visceral edge and the slower tracks have a huge, crushing feel.“ 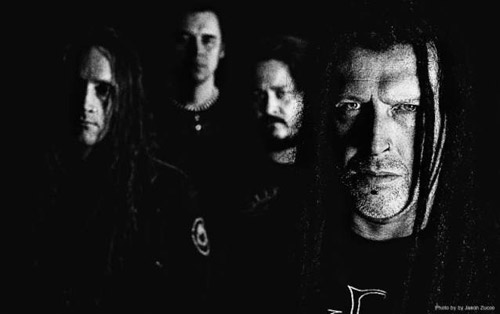 Please report about the main content in general of the newest lyrics! Darkest issues in life?

„The lyrics cover a host of topics so I have included a short track by track of the lyrics.

,Scabs‘ - Deep seated psychological wounds from events as the result of a person who has no remorse.

,Bereft‘ - The effect of grief throughout the years. The way that you just learn to live with something but can’t accept it. Also rejecting religion and faith as a quick fix.

,Instinct Slaughter‘ - How power and money corrupt to the point that the suffering of your fellow man becomes unimportant where greed is concerned.

,Odious Bliss‘ - Self medicating. Whether it be morphine for the terminally ill or pills or drink for mental and physical afflictions. How it makes everything feel better but at what cost.

,Savages Arise‘ - The rise of the aggressive underclass who have a sense of entitlement and no respect. They bleed dry and destroy everything around them.

,Aghast‘ - The helplessness of man as he descends toward his own demise.

,Wolves Of Sin‘ - An atheist anthem. Utter vitriol for all religion and the way those who control it use fear to turn their followers minds to mush.

,Cattle‘ - Another anti religion song, but more specifically based loosely around the saying “With or without it you would have good people doing good things and evil people doing evil things. But for good people to do evil things, that takes religion.”. 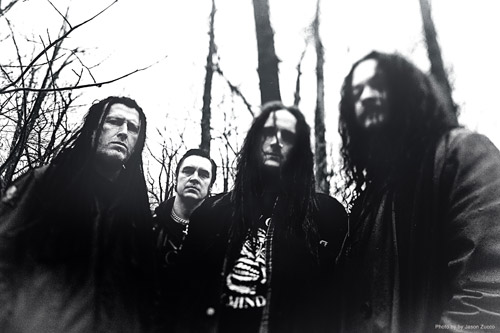 ,Dragged To Gehenna‘ - A song about pondering life, existence and death. A man staring at the stars aware of his own insignificance.

,Thirst Tor Extinction‘ - About mental illness. Having no control over moods and depression. Taking drugs and drink to mask it but not being able to escape it.

,Splinters‘ - How my fathers death from cancer splintered our family and my feelings toward the human race.“

„I think ,Splinters‘ would be closest to my heart as it deals with something that still feels as raw today as it did 4 years ago. A line in the song says “It’s even a struggle to breathe” and that really sums it up.“

Which intensive feelings ruled your minds at the songwriting?

„Pain, anger, despair amongst other things. I wanted to convey what it feels like to want to scream. Whether it be through rage,frustration or hopelessness.“

„We tried to make an album that takes you on a roller coaster of emotions so my favourite song depends on my mood. For all out depressive angst I would go for ,Bereft‘. For sheer rage I would go for ,Instinct Slaughter‘.“ 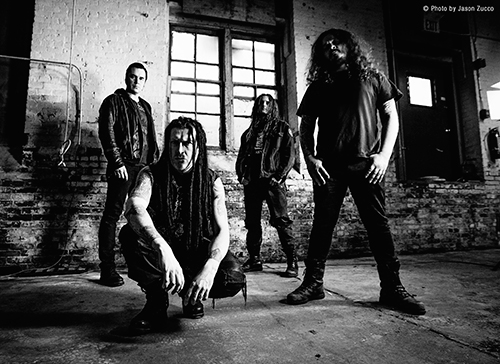 „I wrote the material again but not the same way I did the first album. The debut ,A Fragile King‘ was written in complete solitude with no external influence. With ,Splinters‘ everyone in the band was involved from day one. It took probably over 18 months to write and I wanted everyones input and I don’t think this album would be what it is without the huge contribution of the other guys.“

Is it allowed to ask you about your special musical and personal (spiritual?) influences nowadays?

„Musically I still love my old stalwarts like Celtic Frost, Discharge, Death, Conflict,Nihilist but there are a lot of cool newer bands that I have been listening to recently too like The Secret, Tombs, Warwolf and many others. My personal influences come from anything from day to day experiences to movies and books.“

What counts most for you in making music with Vallenfyre? Maybe, to summon deeply the old, dark and abyssic spirit of Old School Death Metal?

„With the first record that was exactly what we wanted to do. With ,Splinters‘ we want to take it further. We want to keep the sentiment of the first record but push the boundaries whilst at the same time maybe carving our own sound a little.“