Uhrilehto was founded in 1996; only Sir Nidhogg out of the original line-up is still in the band. Between the changes in line-up the band managed to record four demos and their debut album „Viha Ja Ikuinen Vitutus“, which was released through Cold Blood Industries.

Maybe Uhrilehto will be not black enough for the Black Metal fans, and perhaps too heavy or dark for the melodic oriented fans. But one fact remains: „Vitutus Millennium“ is really one of the very best Black/Dark Metal albums that I 've heard lately .

The fine melodies of the band’s music are truly magnificently. I met vocalist and rhythm guitarist Sir Nidhogg within an nocturnal Finnish forest.

From which city in Finland you are?

„Right now our band members live all around in Finland. But Uhrilehto was formed in middle of Finland, Jyväskylä. We have many good metal bands in Jyväskylä and in last year Jyväskylä was official Rock City 2002 in Finland. Anyway, I live in Jyväskylä, two members live 100 km away from my city and our keyboard player live in Frankfurt right now. I dont know what a fuck he is do in there and I dont know when he will came back.“

When was the band founded and by whom?

„Uhrilehto was formed in 1995 or 1996. I am the only original member right now. I dont know what our first drummer or guitar players do one of these days.“

Please describe yourself as a person with a few words!

„Well, I am not a very interesting person, heh... It´s hard to say anything, maybe you shoulf ask this from somebody else.“

Your devoted and obsessed sounding Black/Dark Metal is very impressing. How has it developed?

„I think we found our `Uhrilehto sound` when we recorded our debut album. Many people have said that our sound is a little bit different and I think it´s great to hear. You know, it´s boring to listen albums where is 100 % same sound.“

The depressive and melancholic forest mood on the new album is excellent to my mind! Are you also satisfied?

„Yes, I am satisfied it. But, maybe we do some things in future a little bit different way. We had some problems with drums at this time, but when I listen to our album now, I must say everything kick ass.“

Do you often spend your time in mother nature - to get impressions for your songs?

„I must say to this queston: no I dont spend my time in the nature. We have a lot of nature, but I like spend my more my time in the city. If I am starting to create riffs or song, I just take my guitar and play.“

How much success did you reached with the debut album in Europe? Worldwide?

„I was surprised when I read the reviews. There was a lot of good reviews and of course some shit reviews from people who just want to listen metal without keyboard or melodies. Anyway, I am satisfied.“ 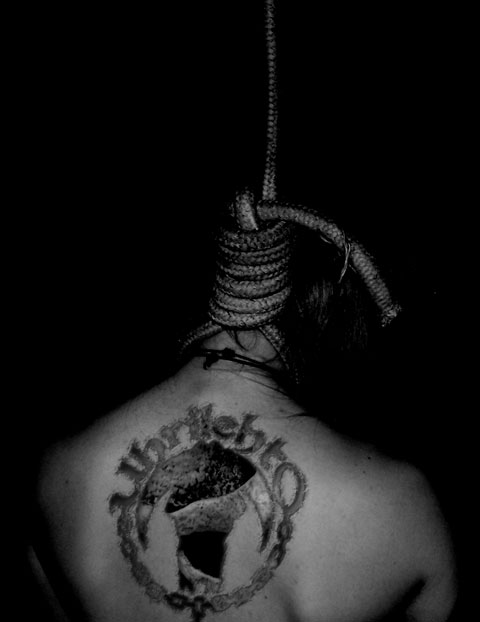 Why you have decided to break up with former label Cold Blood Industries?

„We had only one album deal with Cold Blood Industries. We recorded our second album and they didnt want to release it. That´s all. Anyway, I dont have anything against C.B.I and wish good luck for them.“

Which were the main inspirations for your music?

„If I say Finnish word `vitutus` is inspiration, I think anyone dont understand it. But hate, anger and feeling when everything turn to shit is the main-inspiration for me.“

How much time did it cost to compose and rehearse all the songs for the new album?

„To be honest, all songs are composed about three weeks only. Of course we made some riffs earlier, but we havent ever think songs more than one month. Sounds stupid maybe, but that´s the truth.“

„Studio Watercastle is in Jyväskylä, where I live. We have recorded all our albums there. It´s a fucking great place.“

Please tell a bit about the time in the studio!

„Well, we just went there and open bottles of beer and started recording session. Owner is a fucking great guy. He have worked a lot of metal bands and he know what he is doing. Bad thing everytime in studio session is total hangover.“

What has the cattle skull in the logo of the band to mean?

„Nothing special, my good friend from Sweden made it many, many years ago. I just said: `please make a logo for us!`. Some weeks later he send for me a piece of paper and there was this great logo. Actually, this logo in `Vitutus Millennium` are not the original one, but both are great. You can find original on our debut album.“

What shows the new frontcover artwork – a forest demon?

„Heh, this guy in our cover is the same swedish guy who made our logo. I saw this picture in his own fanzine and so I asked him to use it. I like a lot of this picture.“

Which bands out of past and present can be listed as a influence for your sound?

„Hard to say. Some guys have said that there is influences from In Flames, Limbonic Art, Barathrum, Samael etc. I cant give my personal opinion.“

Which music do the members of the band listen beside Metal?

„Our keyboard player listen classic music. I dont know what other members listen, but I listen a lot of radio. So, I listen what radio plays. But if there is coming rap music or something other shit I cant listen it. I think I won´t ever heard such a shit music than rap music is in nowdays. That´s my opinion.“ 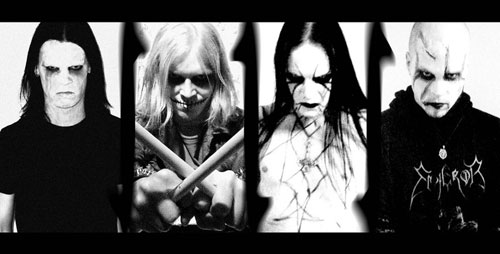 Which ones are the best Majestic Black Metal bands in your eyes at the moment?

„Limbonic Art. I haven´t heard all songs from their new album, but I will buy it as soon as possible. Last time I have listened a lot of Katatonia. Well, that´s not Black Metal, but still metal.“

„It means `Sacrifial Grove`. It was our first guitar player idea.“

Please tell a bit over the inspirations for the music on the album!

„I just wanted to go to studio and record new album. I said to other members that I have booked a studio and now you have to create songs.“

Please tell a bit over the inspirations for the lyrics on „Vitutus Millennium“!

„All lyrics are written by Noirgrim, so maybe he is the best people who can answer this. But everything about this fucking world and all shit things what have happened or what maybe will happen in future are inspiration.“

How did it came to the contact with Schwarzdorn Productions and owner Patrick?

„I just send promo CDs all around and I was happy when Patrick said that he like´s our music a lot and want to make deal with us. There was some labels who were interested but we choose Patrick´s label.“

Main plans with the band for the nearer future?

„I dont know yet. It would be great to play live. It´s hard right now, because we have to use session members, but that´s not problem to us. Songs for third album are almost finished, so we have to check what will happen.“

Some last words to your fans in this interview?

„Thanks a lot for this interview. All readers, remember to drink some booze and buy the new Uhrilehto album!“