„The Lay Of Thrym“, as their their new studio album is entitled, announces in fulminant way a highly successful pursuit of comprehensive musical development.

Because the sworn Viking Metal guys of Týr showcase their skills on this valuable fighter disc in so far most conclusively artistic formulation.

Clearly is to hear into the songs of the pleasing resistant traditionalist bunch also a transported passion, which has inevitably contagious effect on fan's mood.

And not infrequently achieve homogeneity and timelessness in the new material of the immensely idealistic formation dizzying heights. Of these, guitarist and vocalist Heri Joensen comes down for an interview.

Some years of existence lie behind you guys. What is going on inside you when you think about it? 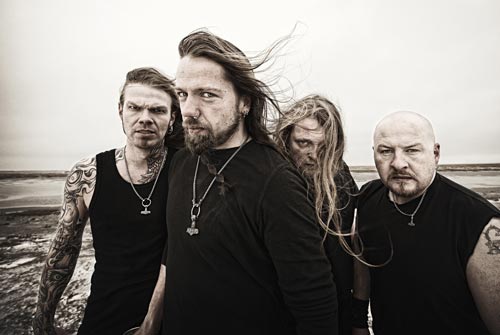 „I'm fairly pleased with how things have gone, although there are some things I wish would have been different. We are currently working on planning the future, so I expect we can draw from experinece and make the future of the band a bit better than the past.“

Týr's music is still unique. I guess this time more than ever. Is these fact intentional in the artistic souls of the makers?

„We make music in the way we like, or mostly the way I like actually, and it turns out as what you hear in Týr today. I have a very theoretical approach to music, and I guess that puts it's mark on the music. Also I try to use songwriting techniques and song arrangement techniques in such a way as to leave the most accessible, the best, and the most lasting impression, and it's a challenge.“

Which special minds are still necessary to create such a well flowing and good-brought-together sound?

„All it takes is a knowledge of music theory and some experience with songwriting. Also Jacob Hansen owns part of the honour for the well fitting sound. We have worked with him on five albums now, and he knows what we want, what we need and how we work, so it would be strange if the result was anything but good by now. Jacob is the man!“

Main details about the music on „The Lay Of Thrym“?

„The songs are simpler and more straight forward than even our last album. I think the choruses this time are even stronger and the songwriting is more streamlined, even though we set out to do the same thing as last time.“

Your biggest hope for the new album?

„I hope our usual audience will like this and I hope we can reach some listeners that didn't listen to Týr before. And I hope we can tour far and wide to support the release.“

Some songs on the new album do have very fine refrains, while some others are pretty powerful. And the new material sounds mainly pretty catchy. How has developed the whole thing until that result? 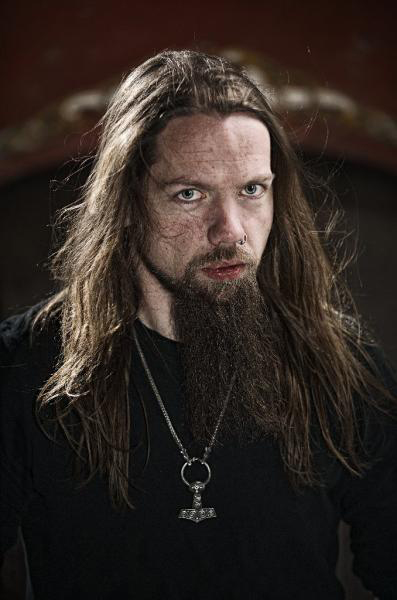 „I set out to do pretty much the same as on the last album, but it turned out a bit different this time, maybe mainly because of the choice of raw material. After we released Ragnarok we thought we'd better cut down on the progressive elements, but it went in a strange and unintended way with Land, so Northern Star was a correction of that. Thrym is intended to be only an improvement of the same concept as Northern Star.“

What are you still looking for in terms of development of Týr's musical style?

„I'm trying for an even simpler concept, something that's simple, original and catchy at the same time. I think we're fairly original and catchy, but it's still not as simple as I think it should be. It's strangely difficult to make simple music when you have a theoretical approach to music.“

What is behind the album title and what are the main topics in the lyrics?

„Thrym was the giant who stole the hammer from Thor. Of course Thor took his hammer back and killed Thrym for stealing his hammer. I have used this as an analogy for todays uprising against tyranny in many places of the world. This is very much an anti-totalitarian, anti-theocratic and anti-dictatorial album.“

Which are still the most interesting historical facts about the Nordic history and mythology for you?

„One of the stories I like to read over and over again is ‚Njáls Saga‘. It's not mythology as such, but to certain degree fabricated history. It's a very well written story that never ceases to move me.“

What is your ideal song on the upcoming record and why?

„I think it's ‚Shadow Of The Swastika‘. I think it's a fairly well written song and it deals with the taboomaking of anything that the politically left-wing decide to label nazi.“

Please tell about your proudest own achievement on the new album „The Lay Of Thrym“!

„Well, I'm pretty proud I was even able to finish the album. I became very ill shortly before studio and I was not able to attend the first 10 days, and I was also seriously behind on writing the lyrics. I was in studio for a bit more than a week, and I recorded vocals, guitar and choirs all day and wrote lyrics at night, even until early in the morning. I was very tired at the end of the studio time but I' very pleased we made it on time still.“

„No, not yet, but I'm sure we'll think of something as usual. In any case it will be based on our basic show, as good as possible. We like to concentrate on getting the musical side right more than putting on a big show. Still, it's always a pleasure to watch Gunnar goof around on the stage, I think it's gimmick enough for any stage show.“