The Finnish Battle Metallians provide a real surprise with her latest album!

In fact quite simply „Turisas2013“ named, the title alone conveys in advance by the massive rise in artistic self-esteem of the Scandinavian models for success.

What was announced already by the 2011 predecessor „Stand Up And Fight“ finds its counterpart now: progressive, epic and mainly theatrical in particular the still red-and-black painted sextet courage its own stylistic coup.

And that the whole sometimes sounds like a classic Rock Opera, according to violinist Olli Vänskä, is precisely that they wanted it that way. 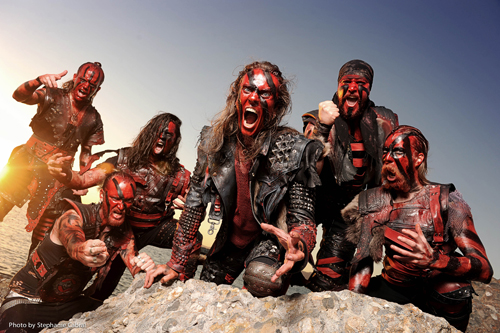 „Turisas2013“ - what an unusual title! Background?

„We thought about a suitable name for the new album for a long time, but in the end there was no other alternative that would have done justice to the new style, other than that... ”Turisas2013” is a strong statement. This is us now. This is how Turisas sounds in 2013. No prejudices, no sugarcoated stories around it.“

The new material sounds extremely „adventurous“, in spite of all the typical used elements of Turisas. What is your own opinion about the finished work?

„When we started work with the new album, we decided to let loose and change some of the customary habits we had maybe grown into during the previous sessions. We held no restrictions of what can and what should sound like Turisas - maybe we even took the conscious move out from the traditional sound, especially from the folk side of it. In this sense, yes: the sound is adventurous for us, and I think that the end result is quite interesting and bold. The production is much more stripped down than on any other albums before this, which might come as a shock to some listeners. That’s good, a little shock is good to spice things up every now and then.“

Fed up also with the gone Pagan/Viking Metal boom? Which specific reasons led to the new kind of your well proofed style?

„Maybe a bit. It’s 10 years ago when we started recording ”Battle Metal”, and now the scene is all different. What once was fresh sound, has since then become almost a cliché all around the world. We’d rather stay a step ahead than stick to something old and secure. Of course it is good to renew ourselves also from our own songwriting point of view.“ 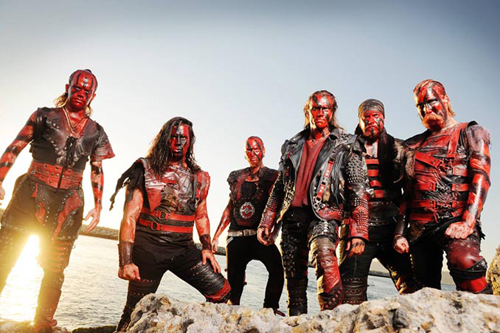 Do Mathias and Jussi have survived also some „adventures“ within during the songwriting process? Pls. tell us about.

„We rented an old house from outside Helsinki in the woods for the time of the recordings. Nygård pretty much lived there from September to January, and the rest of the band stayed for whatever time it was necessary to complete the recordings. It was quite interesting and liberating compared to the traditional 9-to-5 studio sessions. It wasn’t as much adventures - at least in the real world - than just normal hardships you might have in an old house. Mice eating cables, weird noises, midnight sauna breaks, relaxing and sleepless, work-filled nights.“

Which visions runnin' in your mind while playing these new truly surprising song material?

„There is a sense of freedom, punk attitude, breath of fresh air.“

From where came all of these new unexpected ideas for your music?

„I guess it’s about playing out music that’s in your head and experiencing with new stuff. It’s so easy to make music to the same drum beat, same chord progression, same style all over again. It’s also a sort of rebellion... ”You say I can’t do this? I f*cking do it if I want to!”, you know? There are so many established bands that seem to be so secure in that small comfort zone. Maybe it suits them, but it doesn’t suit us. It’ll only lead to boring albums and stagnation.“ 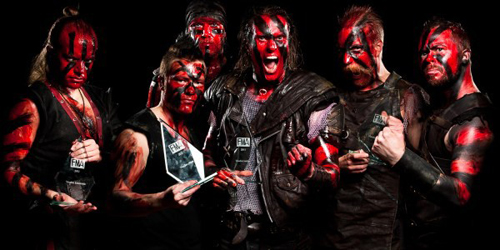 One may riddling about - is it allowed to ask you about special musical influences in your newest art?

„I can’t pinpoint any direct influences, other than to some albums and art that I remember myself. I think you can hear some d-beat there, definitely. I listened to stuff like Disfear, Slayer last year. Some punk stuff, even pop punk. Some Gogol Bordello perhaps. I remember I got the idea for ”The Days Passed” when I was heating up the sauna, butt naked. It was a nice cool autumn night.“

How ran the works for these new album in general?

„We moved into our studio in September, did some demos and finished songwriting for a month or two there, then started drum recordings at the end of October, moved on to guitars, bass, violin, vocals, keyboards, choirs.“

How long did last the songwriting in total for „Turisas 2013“?

„I think I heard the first demos in May-June 2012 and worked on many songs myself for a good part of that summer. All in all maybe 6 months or so. Very fast for us, the whole album process took less than a year, and we even managed to fit in quite a demanding tour.“ 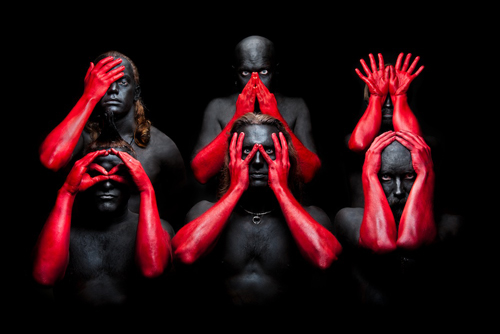 To my mind, you've reached it well to build up an very own style once more! Was it very difficult for the band? Or did it come totally naturally anytime?

„Haha, maybe it’s too early to tell whether this is our own style here! Mainly we just wanted to push the boundaries a bit and develop the sound. At some point I felt that the ”regular” Turisas song form was a bit slow and stiff, so maybe I consciously pushed the tempo up and varied the style a bit. The sound of an album only develops when you’re in the process of making it.“

Please tell the readers about the main content of the new (who wrote it?) lyrics of the album!

„Nygard wrote once again the majority of the lyrics, although we did go through some themes together as well. There are a few songs about freedom, liberties and the individual’s duties, as well as themes of power struggle and politics. There is no main concept on this album, and in a way it was really nice to not have that weight on your shoulders.“

What do you think will be the worldwide reactions to these brave new album?

„I know that the sound will raise quite a few eyebrows, and some of the older fans will most definitely be shocked... But hey, that’s normal! I think in a couple of months the new songs have sunk in and people will see it as a natural progression. We’ll be touring in Central Europe with Heidenfest alongside with Ensiferum, and then do some UK dates, and I can’t wait to be able to play some of the faster new tracks for the public.“