Bestial Black Metal horde Tsjuder have been started in Norway in 1993 by guitarist Berserk and Nag on bass and vocals.

In 1995 the first demo „Ved Ferdens Ende” was released and the bands immense Satanic music got more and more rawness. One year later the second demo „Possessed” saw the absolute darkness of night. In 1997 an EP was recorded and released on German Solistitium Records: „Throne Of The Goat”.

In the end of 1999 the awesome debut album „Kill For Satan” got recorded finally, unleashed it was one year later. 2002 the second long player „Demonic Possession” came out, another strong strike of true Nordic Black Metal in the glory old vein.

Recently, Tsjuder signed to French Season Of Mist Records, and the newest full-length attack „Desert Northern Hell” is ready to torture virgin ears. The hate-filled pack from Oslo is definitely back with full diabolic force. I have frequented four-stringer und throat-devil Nag with some questions. 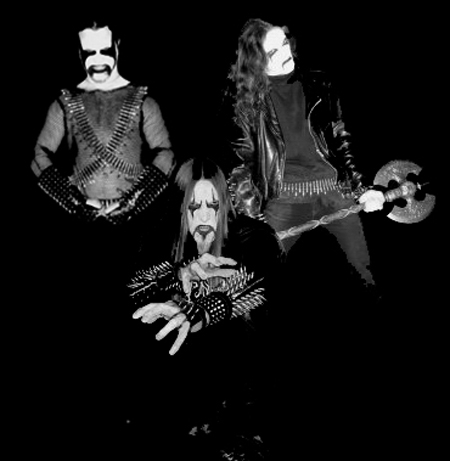 Did you guys experienced a difficult time after the release of the last album „Demonic Possession“?

„There has not been any problems in the band. I’ve lived abroad for one year so we weren’t able to rehearse that year, but each of us made music for the new album, though Draugluin made most of the new riffs.“

Beside that, what´s mainly new to know from the Tsjuder camp?

„There’s nothing really new other than Anti-Christian is back on drums. Jontho was a great resource to Tsjuder, but he got much to do with Ragnarok, and he live a bit away from Draugluin and myself.“

What was the reason to quiet with French Drakkar Productions?

„We wanted to try something different. Drakkar was, and still is a great label we have great respect for.“

Which expectations do you have now, concerning the new album?

„I think the music is strong as hell, and I’m sure people who like the old Tsjuder albums (and earlier work) will like this one. Other than that I don’t really have any expectations.“

Who did the frontcover artwork for „Desert Northern Hell”?

„We’ve taken the photo on the CD cover ourselves, but Jerome from Season Of Mist Records have put the rest together. The other artwork is done by Klaudiusz Witczak (the inverted cross on the front cover of the LP version).“ 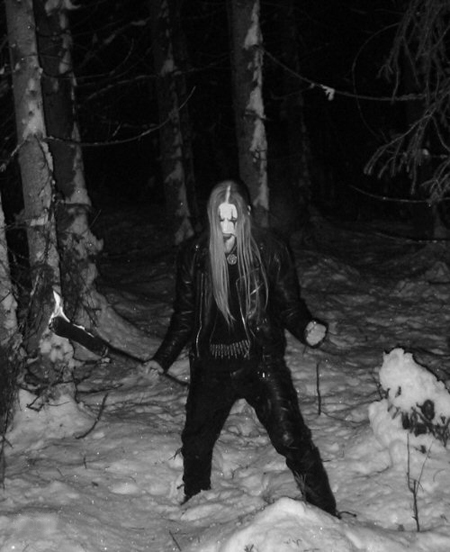 What is sour own opinion about it?

„We made a suggestion which was very primitive with just the photo, but I think Jerome has done a great job on it. It really reflects the music of the album.“

Can you tell the most important facts, concerning the new tracks?

„The music itself is in the same vein as we’ve always made. Compared to „Demonic Possession“ we probably have a bit more thrash riffs and the songs are more varied. They go from full speed blast beats to slow „Rock’n’Roll Black Metal“. I also think we’ve got a much wider sound which fits the music better than the sound on the previous albums.“

How much are you satisfied with the result of the songs for this album?

„I’m very satisfied. Each song is very different, and I think they all kick ass in their own way.“

What means the title of this release for you?

„For me personally it has two meanings. First of all we’re from Scandinavia, and it reflects something what used to be where we live. Second I have created a world in my mind, and „Desert Northern Hell“ is the best way to shortly describe the landscape in this place.“

Which feelings have been gone through your mind during the composition process for the new album?

„My feelings are the same as they’ve been when I’ve created older songs. I’m creating a dark atmosphere filled with evil and hatred. I’m filled with aggression and hatred, and this is also the outcome of the riffs.“

Which lyrical contents are in the new tracks to find?

„They are dealing with the topics as you’ll also find in the lyrics of all our previous songs. First of all I’m influenced by the demons and the darkness around the place I live, as well as in the world in my mind. They also deal with anti-religious topics, and the pathetic minds of the followers.“ 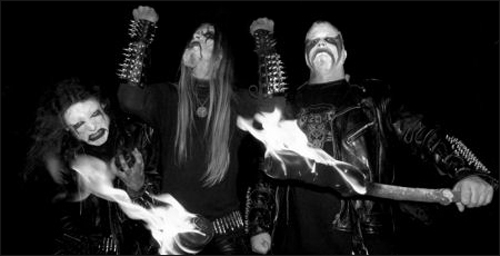 Nag, which bands do you like to have in your ears?

Which is your personal view about the „modern-days“ Black Metal scene?

„I don’t care about it. I’m more concerned with the scene I belong to, which is growing stronger and stronger.“

Your awesome logo is still one of Szpajdel´s best graphics at all – do you still like it?

„Of course, otherwise we wouldn’t have used it.”

Some plans for the future?

„We’ll do an European tour with Carpathian Forest and some other bands in January 2005. Other than that we don’t have any plans.”