In the area of Folk Metal, the wet-cheerful and funny atmosphere of the world famous, Bavarian Oktoberfest is very popular and not even so rare.

But the least of chapels of these still very populous profession succeeds in a lively and contagious wise enough to cultivate such a feeling of life convincingly. This musically high-spirited hop-heap from St. Petersburg is just right to make sincere admirers of such celebration sounds blissful.

In their home country, Troll Bends Fir are well known with their Folk Rock and Humppa Metal, because one is knowingly grateful at any time for a good reason to unbridled celebration. „Beer Folk“ entitles the permanently thirsty malt-bunch its enormously powerful creations on the stylistic level, and this seems to be the best choice for the bewitching life-affirming compositions. 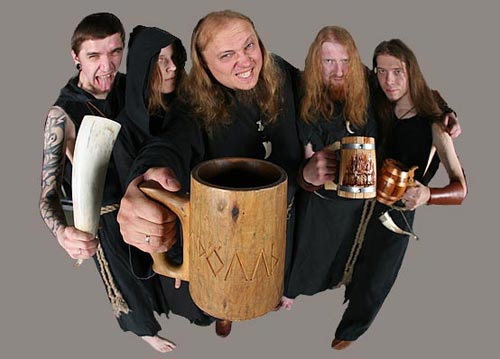 The damn strong drinking as well as immensely beat-joyful Russian souls around their slit-eared leader Troll swallow respectively blow again to the next malt attack, with the coming new compilation album „Brothers In Drinks“!

Now, the enormous moving material of the lively quintet foams over again, corresponding to the tenth anniversary of the squad.

I raise the horn with guitarist and singer Konstantin ‚Troll’ Rumyantsev.

What is behind the band’s name Troll Bends Fir?

„This name just came to my mind once and I realized that was how the band should be named. I guess it perfectly combines the set of images and associations connected to the pagan period of Scandinavia. By the way, the original name in Russian “Troll Gnyot Yel’” sounds close to Scandinavian language, sometimes even Russians who hear it for the first time ask how it can be translated!“

What is the most ‚holy‘ thing for you on this world?

„I won’t surprise you much … 5 of the most “holy” things are: 1. My family 2. Motherland 3. My band 4. Friends /alcohol / parties with friends and alcohol 5. Realization of catering rider in our dressing room!“

What's going through your mind, when you think about the new Troll Bends Fir release?

„It will be under a name “Brothers In Drinks”, I think that everything’s going as planned and it’s filling my head with joy and satisfaction!“

What can you do for the Folk Metal fans with your new music that other candidates can't? 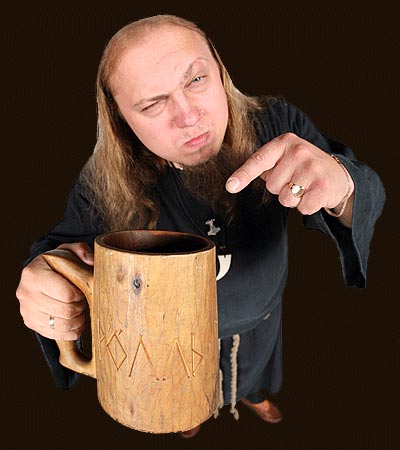 „In my opinion, most of Folk Metal and Pagan Metal bands existing nowadays use the same set of music and melodic clichés which provides a very little difference in their sound. Some of the bands succeeded in getting famous in these styles and the young bands think that they’ll achieve the best results making the very same music (moreover, some guys are so fond of their favorite bands that even when they start their own ones, they begin making the same songs unconsciously). Besides there’re unofficial standards of the final sound after mastering imposed by major labels and many musicians try to follow them. As a result many albums of different bands sound quite similar. Naturally, I don’t want to say we discovered totally new in music but according to lots of feedbacks we get, we have a quite distinctive melodic line. Also our distinguishing feature is a special mix of distorted and clear sounds. I read a review about Troll Bends Fir published in one of the Spanish online magazines recently and there was a phrase describing our music perfectly: “Troll Bends Fir’s sound is amazingly fresh and that’s the reason why they attract your attention right away” (something like that). I believe it’s very important now when there’re more candidates than needed on music stage. While making songs, their recording, mixing and mastering we’re guided only by what we like.“

How were the new songs of Troll Bends Fir developed until the current result?

„Well, it’s hard to answer. Our band has been existed since 1999 and from that moment we’re keeping on making new songs. It’s better to ask our listeners how they developed, for me personally the process of writing them didn’t change at all.“

Be so kind and tell a bit about the songwriting process!

„It’s a Trolls’ top secret and not to be divulged under any circumstances!!! Haha. The only thing I can add that it doesn’t work without beer!“

Please tell about your proudest own achievement on the new release!

„I think this album is our best one so far. Apart from the fact that the material’s great, we finally succeeded to reach the sound we wanted (it’s close to our feelings on the stage). You asked about my personal achievement… I was a sound producer for this album.“ 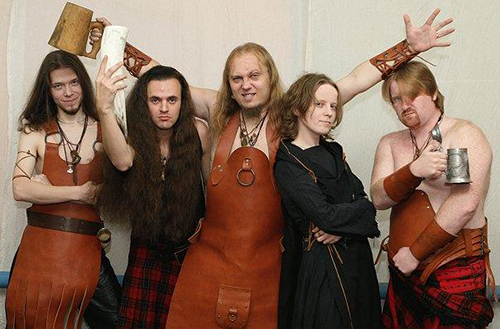 „On the upcoming album, as on the previous ones, we keep on praising divine frothy drink (Beer naturally) and Hop as a soul of it. The songs tell also about drinking parties with participation of people and mythological creatures living long ago. A song named “Ave Celia!” (“Celia” – “beer” in old Spanish variant of Latin) became a real hymn of “Brothers In Drinks”, we’ve already filmed materials for the video for this song which is to be out at the time of the album’s release.“

Which bands do you listen these days?

„I haven’t listened music for a long time in a way to download it and enjoy whole albums. So I listen to everything I come across on the Internet.“

Which are your biggest hopes for the rest of 2011 with the band?

„To get more money than we earned in 2010 for buying and drinking more beer and to transform these positive feelings into the new songs.“

What are you still looking for in terms of development of Troll Bends Fir's musical style?

„Actually, I’m looking for nothing because I always fulfill ideas that come into my mind and our band never thinks what direction to choose, so I can wish me more inspiration.“

Did you ever thought about to quit the band?

„Have you ever thought of leaving your job and left without any source of income, haha? To be serious, if Troll leaves the band “Troll Bends Fir” who will be supposed to “Bend a Fir”?﻿“