For intoxicating opulent and churning theatrical sounding out Dark Metal dramas of the entirely large class, the symphonic supported music products of these Norwegians stand from the beginning. There does also the new longplay disc „Existentia” make no exception. This fifth studio album unites all strengths of the previous creations of Trail Of Tears.

Responsible for that are new productive ideas, which were built in clever manner into the compositions. Band leader Ronny Thorsen brings light into the darkness around the new tear plate. 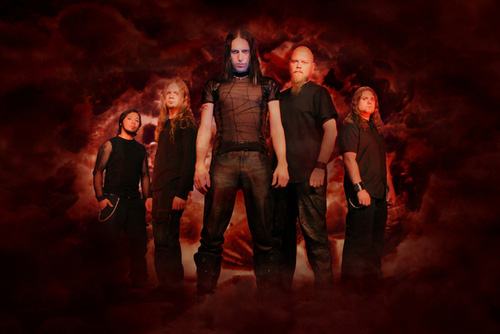 Hey Ronny, let´s go straight on the nail here: what can you report about the bad chemistry between you and the involved ones, regarding the surprising and shortly done split-up of Trail Of Tears?

„First of all I have to underline again that Trail Of Tears has not split up. What happened is that certain members have decided to leave the band following the Mexican tour in November 2006. Like we have already mentioned the band suffered a lot of problems during this tour caused by very poor organisation and as a result the members took a mental hit and basically lost all motivation and faith and thus took the decision of leaving the band. This choice does of course not justify breaking up the band and that is why Trail of Tears will continue though in a new shape and formation. There is no bad blood between the members, I am of course disappointed of how this happened but I have chosen to put this behind me and look forward from now on.”

The cover art of „Existentia” looks pretty unusual, what does it mean and who made it?

„The artwork for the new album was made by Jan Yrlund and we wanted a slightly different approach this time as opposed to earlier works. It is a simple but still very effective and intense design, the symbol is meant to symbolise a tear with obvious links to the band name while the background with it`s intense and fire-like colours symbolises life, or existence if you will which again goes hand in hand with the title.” 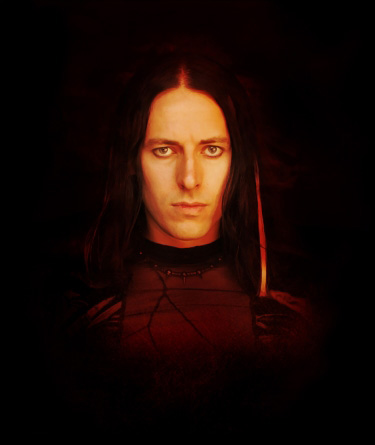 Which is still to name as the main focus in your created music?

„I think the main focus is, and always has been to put each individual song in the front seat. We want to create a diverse sound which at the same time holds a strong feeling of unity. It is important for us not to repeat ourselves and that is why we try to include new elements for each release, at the same time we want to make sure that whenever a new album is released it should not take long before people recognise which band they are listening to. I think we have managed to do so with each album to date, the basis of the sound is the same but with new elements and different twists added in order to keep it fresh and interesting.”

Which are the main differences from the new one to the previous album?

„I think first and foremost that this album is substantially more melodic and symphonic compared to the previous album. The production also plays a strong role this time and I think we have succeeded in getting a more suitable sound for the material at hand. We wanted to create a stronger feeling of unity between the songs, a more noticeable red line if you can say it like that while it was important that each song was strong enough to stand on their own. I also think the album possesses a more "instant appeal" than before, it is catchier and more direct.

Have you been very busy lately with the work on the new full-length?

„Well, the album was completed last August so what takes up my time at the moment is obviously the promotional side of the album. It is indeed very busy times and I`m spending most of my days doing promotion now, I have never done more interviews for an album and the promotion has in fact just started so things are looking great!”

At the time, which topics inspired or motivated you for the new album?

„It is hard to point to specific things because we have never directly sought inspiration in other fields but of course you are bound to be influenced by whatever you encounter in your everyday life, at least indirectly.” 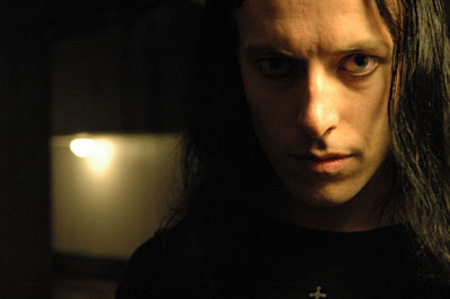 When you first conceived a song, or a riff for „Existentia”, what has been your starting point a boundary or a direction?

„The songs are mainly results of individual ideas recorded separately at home and then worked upon in combination by the whole band. The starting point for a song can be basically anything, a single riff, a vocal line, a melody, a theme or whatever. There are no set rules for how to start writing a song, usually we just sit down together and listen through what we have on the harddisc recorder and then try to arrange it all in the best possible way.”

Please tell a bit about the lyrical content of the new album!

„In short, a lot of the lyrics deal with different aspects of ones existence, the contrasts you have to face in your everyday life and the general ups and downs. The title sums this up in a good way, it is not a concept album but I think most people will be able to relate to many of the topics in the lyrics. I don`t like to feed people with details, there is not a strict frame involved and in good Trail Of Tears tradition there is always room for personal interpretations.”

Most of the styles in Metal became much different than they were in 1997, as Trail Of Tears was founded. When do you think the changes occurred mainly, what were they, and why did they? 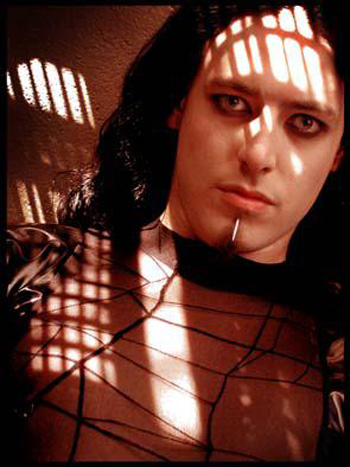 „Difficult one. I think changes occur all the time, not just within Metal but all kinds of music. There is a constant evolution which I think is in large part due to new influences, people crossing different genres and thus creating new ones. For me this is what keeps music alive and interesting, it is important to break rules in order to make new ones and in order to develop something you must never be afraid to think in new terms.”

„Well for us as the case is with most musicians I think, the music will always change according to your person, obviously I don`t make music and think the same way as I did when I was 16 and so the future is hard to predict. I don`t even see any point in thinking ten years into the future because it is impossible to say how I will develop as a person in such a long time. Also the music business is in a constant change and can easily play a role as well in shaping the future for bands and artists.”

Your biggest love for whom at the moment?

„My biggest love? Hehe...I love a lot of people, including my family and friends as well as all the people who have given me support over the years and especially after the recent weeks events.”

„I try to avoid hate as long as possible. It is mostly a waste of time and energy.”

„Definitely, plans are in the making and I hope to be able to share some very exciting news with everyone in the near future. I am working on several levels now regarding the future and I think that 2007 will see some surprises which will make a lot of people excited! And you will of course know as soon as things are confirmed.”

„Markus, thanks to you and everyone who have shown support and keep your eyes open for next year! „Existentia” will be out on January 26th!”