With its last studio album „Free Fall Into Fear“, the Kristiansand based Norwegians around singer Ronny Thorsen showed a surprisingly harsh and dangerously biting musical side. For that the once so huge cultivated opulence-arrangements in the before heavily enthusiastic sound picture of the Scandinavian Gothic Metal seven-piece got replaced by an entire slat at more modern influences, whereby also the recently manifold aggressively become vocals did not remain completely undisturbed.

After a turbulent course it's troop is crossing again in quieter waters finally, as Ronny reports. 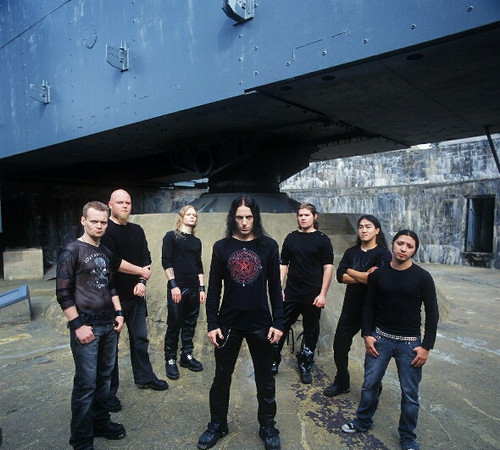 „After a somewhat turbulent period things are now starting to look better. I remember from the interview we did after the release of "Free Fall Into Fear" that I told you about all the problems we were confronted by in the studio during the recording process, which culminated in the harddisk crashing and we nearly lost the recording. After the release we simply had to allow ourselves a break since we were just mentally worn out and without that break I don't think we would have still been here. The break really did us good, we were able to clear our minds and put different things in perspective and its safe to say that we came strengthened out of the situation. It feels good to make music again and we have a new session guitarist in Goran Bomann from Carpathian Forest whom we have already done some shows with and it works great on all levels!“

What have you guys done mainly last year?

„Well, to be honest we haven't been as active this year as we would have liked to be, but as I mentioned the pause we put upon ourselves was completely necessary and you just cant force yourself to give it 100 % when it doesn't feel right. Rather than to go on halfway we choose to take a breather and return when we felt we could do ourselves and our fans justice. Having said that we have still continued to push the band as good as possible, both regarding promotion and making new material.“

Are there any new songs have been written to date?

„Indeed! We came together with some ideas this summer and since then I would say that we have been extremely productive. In a period of three to four months we have written material for eight to ten songs which is unbelievably fast for being us. Previously we could spend weeks and months on a single song so its definitely a new experience for us to work this way, the songs are more spontaneous I would say and more to the point, we started arranging the material not so long ago and so far we have six to seven songs completed, which means at least half the album. As it looks now the material tends to go more back to the "A New Dimension Of Might" album, however more catchy and melodic.”

Which was your most beautiful experience in 2005?

„At least for me the most beautiful thing that happened this year was the day when we started to create new material. After some months of rest from the music it just felt amazing when Kjell and Runar showed up at my door with their instruments and said "enough now, lets start making some fucking tunes again"! Not only getting started again, but the fact that it just evolved so smoothly and the music really just came flowing made me understand that although we needed some rest, this was after all what we were supposed to be doing all along. It was a wake-up call for me and I think for the rest of the guys as well.“ 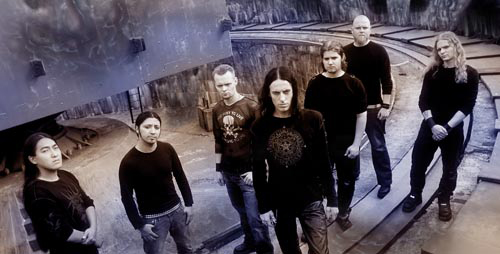 Which was your worst experience in 2005?

„Definitely when we had to cancel the Mexican tour. We had been working on getting everything together for so long and the tour was finally confirmed in late September, including 10 shows altogether across all of Mexico. We did a similar tour with Sirenia in 2003 and we were really looking forward getting back, the Mexican audiences are just fantastic and the band sells a decent amount of albums over there and draws good turn-outs when it comes to shows. Unfortunatly though, it turned out that the organizor couldn't keep his part of the deal and the advance payment wasn't fulfilled so we had no other choice. In fact, we should actually have been in Mexico at the time of doing this interview, and even though I don't mind doing interviews I would much rather have found myself sitting under the Mexican sun with a Corona now instead of freezing my ass off in frostbitten, cold-as-hell Norway!“

With which bands did you guys tour the last year?

„We played with bands such as Orphanage, Ground Zero System, In Minor, Green Carnation etc and some others that I cant remember the name of (I wonder why?). We are talking about single shows here since we haven't really done a full tour this year with the exception of the mini-tour in The Netherlands last October.“

Where Trail Of Tears appeared on stages in 2005?

„Even though we haven't played as many live shows as we would have liked this year, I have to say that we have done more shows in Norway this year than ever before. There have been six shows in Norway after the release and as little as it may sound it is actually more than most bands. Norway is an extremely difficult country when it comes to playing live, especially if its not part of a European tour. We have done some shows in the Netherlands as well and we are heading back over there in January now. I have to say that a lot of things didn't go our way this year when it comes to touring. The big tour we had in October/November 2004 with Therion and Tristania was intended to be the promotional tour for the latest album but as we all know it wasn't possible to finish the album in time before the tour due to fuck-ups by the producer, the whole hard disk crash and so on. Of course it is very difficult to undergo another tour of that size only a couple of months later, when the album has been released, especially financially. Also having the cancelled tour of Mexico in mind makes it frustrating to say the least. The Therion tour took us to 13 European countries over 32 dates and with the Mexican tour as well as the shows we actually have done we would pass 50+ shows after the release and that's starting to look like how it should be.“

Which was your most successful concert last year?

„By far the "Free Fall Into Fear" release party which we held in our hometown of Kristiansand. The reason for this was simply that everything was perfect that evening. We were on home turf, the place was sold out, sound and lights were excellent, we had several guests on stage and a huge party just like it is supposed to be.“ 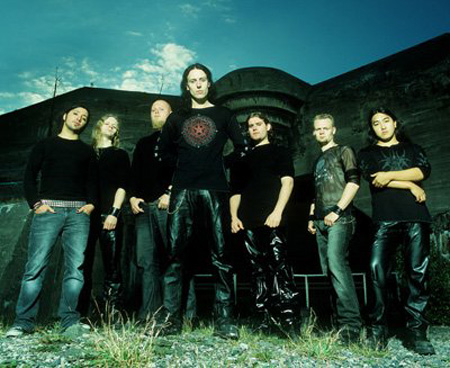 Where and how did you celebrate the New years eve?

„Well we had as usual an annual Jack Daniels soaked celebration at our bass player Kjell and his girlfriend place. It has become kind of a tradition now and this time it was the fifth or sixth time we have put ourselves through this. We have gathered the band, friends, girlfriends and other daredevils with no respect whatsoever for their own well being and get going. Strange how the longest hangover of the year always comes the first days of the new year!“

With which thoughts do you look into the future of Trail Of Tears?

„After a hard and frustrating year I can only say that I look brightly when it comes to the future! We have managed to overcome a lot of obstacles and at the same time learned a lot from the experiences we have had. We have some fantastic music written for the next album and I mean it so heart-felt when I say that I have never felt so strongly about any of our previous works as I do with our new stuff. After searching for a quality management for a long time, it also looks like this will be secured in the near future, though I cant specify more at this moment. So no manner how unprediactable this business is I feel confident that 2006 will be a great year for Trail Of Tears.“

„I wish that we can take the lessons we have learned with us, keep the spirit and feeling we have at the moment and build on it. I wish that we can outdo overselves and make an album that will leave people with their jaws on the floor. I wish that we can do more shows than we have ever done and build the band into something big and remarkable, we will do everything in our power and believe me, the band wants this more than ever!“

Are you satisfied to date with the previous work of your label Napalm?

„Yes we are. There is no doubt that Napalm had done a lot of good things for the band. Sometimes it is difficult for the band to understand the labels point of view and vice versa but I think that no matter which label or band we are talking about the situation is the same. Napalm has always supported the band in good and bad and that is definitely not always the case and something that has to be respected.“

How did your last album run? Have you been satisfied with the reviews and interviews?

„When it comes to the reviews they are by far the best ones we have ever got. We have gotten some reviews which are just mind-blowing and that goes especially from magazines where we didn't always used to be favourites to say the least. Then there are of course some less flattering ones which always occur. The last album was for sure different than previous ones and of course I understand when certain people react in a negative way due to the change. On the other hand we have new fans as well who didn't feel as comfortable with the earlier albums so it's a matter of taste obviously. You can´t please the whole world and never have we tried to do that, but in all honesty I admit that the change was perhaps too much, too soon. The album has sold good, however not as much as its predecessor. The reasons for that are many I guess, a change of musical direction, not sufficient touring and a general decrease in record sales these days are the main ones I guess.“ When we´ll get the next full-length release by Trail Of Tears?

„What we are aiming for now is to start the recording in March 2006 so that should mean a release in the summer sometime. Studio is underway, as long as we can come to an agreement about budgets and so forth we will book the studio in the coming weeks.“