With their new album release „Ego Anthem“ these lively Finns know how to revive the international playing field of hard music.

Because on these second long player, the six playful actors do their Melodic Metal creations again with truly breathtaking, immense instrumental versatility and above all with gigantic ideas.

The connoisseurs of the band will soon notice that the new thunder-disk, in contrast to the self-titled debut album, has become harder and faster, which is excellently suited to the record title.

The very special mix of timeless old Heavy Metal virtues of the classical manner and the furious compository freshness of the Scandinavian sixpack pops into the enthusiasm with all its might. 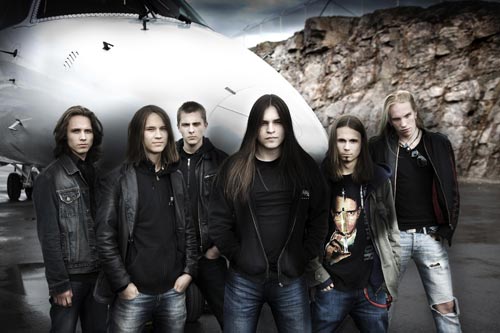 But bass player Pekko Heikkilä remains, however, first mindful, all around typical Finnish.

How much are you satisfied with the results of the previous album of Tracedawn?

„The results have been quite positive, some people have gotten into our music through it and we have gotten some pretty good concerts through the album. It didn't create any kind of explosion yet, though. Let's see what will happen with the second one.“

Why should listeners buy your new album CD - what can you do for the fans with your music that other candidates can't?

„If you're into Modern Metal, this album should suit your needs well. The album has nine pure dynamite Metal songs, which are all varied. The songs all rather different, and they are aurally very entertaining. And yeah, the booklet is killer, too!“

What is your personal view to the attitude of the band?

„We are not that dark and our live shows are more in a good spirit than looking into the floor with anguish. But on the other hand, the music doesn't handle hugs and puppy dogs, so you got to be a little „evil“.“

Tell about times where you had to deal with conflicts while the songwriting process for the new record!

„We really didn't have any conflicts, because everyone was democratically very involved in the making of the music. Only one song caused a little bit of sadness in it's composer, because it got through "the quality filter" rather good. We also had a lot of help from the producer of the album, Janne Joutsenniemi. He gave fresh and good ideas and angles to the structures of the songs.“ 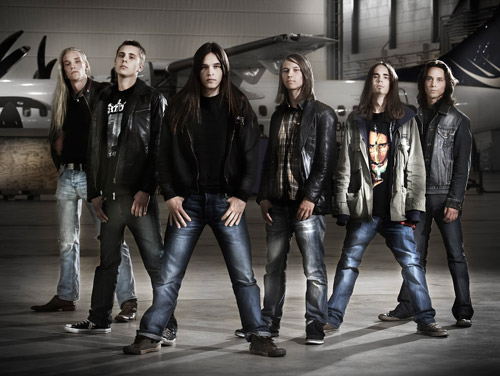 Please bring the main lyrical content of the new songs a bit closer!

„They are mostly written by our singer Antti, and the basic idea in most of the songs is life in general. People can make their own conclusions about them, and relate into the texts with their own experiences.“

Be so kind and give examples of ideas you've had or implemented for the new music of Tracedawn!

„We all have our own way of making songs, but I guess we all strive for a certain feeling when writing a song. When I wrote "Brain Attack", I wanted it to be a lively and a little bit of hypnotic song, and the result is quite nice. Of course I put in some bass-action for a little ego-boost. And for example the song "The Forsaken" went under the working title "Space Tune" because it kinda sounds like you’re floating in outer space.“

Tell about your proudest achievement in the band so far! Btw - what are you most proud of at all in your life?

The second album (my first with Tracedawn) without a doubt, we had a little bit of pressure during the process but I personally couldn't be much happier with it. And of course all the positive feedback we have gotten feels good, but the negative feels great, too. It's important for a band that you can get people pissed off with your music. In my personal life I'm proud that an asshole like me has learned to love.“

Who are your favourite bands and which are your heroes among them?

„We all like different bands and music, and I have a lot of favorites too. I like Van Halen (with David Lee Roth of course, Sammy Hagar sucks), Pantera and Morbid Angel for example. A lot of Metal is good, I have even started to listen to some Metalcore (a thing I used to hate) lately. My own musical heroes are those, who have been able to create something big despite the fact that they have not been the most skilled or educated musicians. David Lee Roth and Paul Stanley are two guys who have done that. Of course I'm a huge fan of Alexi Laiho too, he gives me inspiration.“ 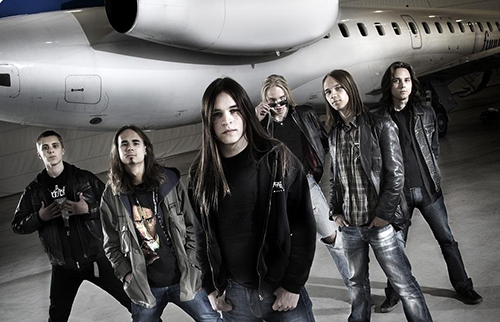 „Doing music and playing gigs and be able to enjoy it with full heart.“

What's your ideal song on the new Tracedawn release?

„"Your Way Is Not For Me" is one of my favorite songs on the album, and it's a good representation of our music. It has got fast ping-pong riffs, slower heavy beats, vocal melodies, insane growls and the best guitar solo of the album.“

What are you looking for in terms of development of the musical style?

„To be able to find and combine new things in Metal, and of course play tighter, faster and better.“

Gig plans for the rest of these year?

„We have our first European tour that begins the 24th of September and ends the 31st of October, after that we will play shows in Finland. Visit our Myspace (myspace.com/tracedawn) to check the dates of the tour!“