One of the best Nordic Black Metal attackers rise from their crypts, to hunt one again through nocturnal forests. They come from Sweden and their sheer unbelievable hyperfast new assault „The Crowning Carnage” is a crushing monument of the pitch black death.

Apocalyptic and raging Black Metal with a class of it´s own. Thy Primordial was formed in 1994 and soon after the dark birth the infernal gathering entered the studio to record the first demo „De Mörka Makters Alla”, which was released in March 1995.

The great debut album „Under Iskall Trollmåne” was conceived and scheduled for release in February 1996. Even though the album was unfortunately delayed for years Thy Primordial continued their musical pursuits with stronger conviction and focus. „Under Iskall Trollmåne” was finally released (limited to 1000 pieces) by Gothic Records in August 1998. 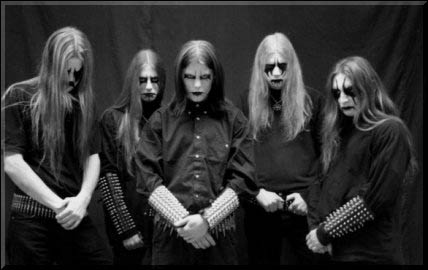 This time Thy Primordial entered the well known Abyss Studios.

The nine new songs were recorded and during two weeks with in August 2001 with Tommy Tägtgren.

„The Crowning Carnage” is a album, that follows the old and glory patterns but also shows a more technical and varied side of the band – that never shown before.

Leader of the pack is bass player Jonas Albrektsson, also known of Niden Div.187 and Indungeon. He brings his grim bunch closer.

„The idea of forming Thy Primordial was basically because we felt that this sort of music was the right thing along with the concept we chose. We'd been playing together earlier in different constellations and finally we wind up doing this band. It was in early 1994 we started and has since then held a steady line-up except for the loss off Nilsson and we feel pleased of what we've accomplished. Since the idea back then was the same as present, to spread the words of death through blackened music I guess we chose the right path to wander as we're still not fed up with it, so there's years ahead to conquer.”

Under which influences Thy Primordial was founded?

„Talking about influences now when we've been doing this for so long time is hard, as one know somehow already what to do to create what we want to achieve. So name influences today is hard as guess they're unconscious. So we bring in what we feel like, lyrically it depends on the mood as well as this also speaks for the music. But when we started it was basically the Norwegian scene that made most impact on us. I think it pretty much disappear during the years and the only way you walk is your own.” 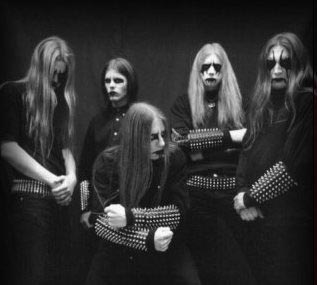 How long did it take to wrote all the new material?

„The material for this album took about one year to write and arrange. One of the tracks was already finished while recording ,The Heresy Of An Age Of Reason‘ album and the following material was written after a break we had after ,The Heresy...‘ studio session. That's how we work, after recording we take a break to gather our thoughts of how to develop and create the forthcoming material.”

„The Crowning Carnage” has been recorded in Abyss studio. Do you agree that (too) many labels sending their bands to the meanwhile well named Abyss, in order to get better album sellings?

„Nah, I don't think there's too much of that and I hope it isn't. I don't know much about it but surely it happens once in a while. Of course it's a good selling point for labels to use but it's more about the actual quality, you know that there's a good production when it's a good studio representing the sound. But in the end it's the music that's on the recording that counts. I personally think that Ulver's album `Nattens Madrigal – Aatte Hymne Til Ulven I Manden` is among the greatest ever recorded although the sound is under all criticism.”

For what meaning does stand „The Crowning Carnage”?

„It's not only the title of the album, it's also the title of one of the tracks on the album. So the lyrics of this one pretty much reveal it all though it's as always with my lyrics hard to grip the right meaning. I do not like to make it to easy to understand the lyrics, telling this and that, but actually make the beholder making a thought of themselves. Back to answer your question, `The Crowning Carnage` is in vague meaning dealing with the ultimate end of all life. The `perfect` death to finish all is the actual meaning of this phrase as I had in mind when writing it. I liked it a lot and therefor it also became the title of the album as it in whole represents everything on the album as well as the concept of Thy Primordial.” 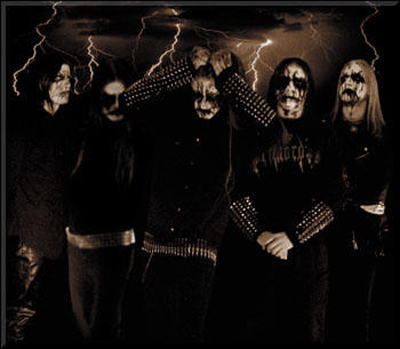 Which way could be explained the main concept or theme on „The Crowning Carnage”?

„It´s the death… The main concept we're dealing with on this album is death in various forms. That's something that really please me writing about as it has such a numerous ways of seeing it. It's all around our present life and it's been highly present throughout ages of history, religion and so forth. It's reality as much as fiction and this is a topic I really burn for and I guess it will also reflect my writing to 90 % in the future. I or we have found this concept and we're comfortable using it.”

Which kind of dark feelings do you try to reflect in general?

„Don't know if I would use words like capturing dark feelings, to pretentious for me I guess. I want to reflect death and its darkness harshly through lyrics and music. Create feelings of pain, death and suffering of ruin and decay is more of an achievement to us. Well, guess that words is the loss when speaking of a subject like this, it's emotions.”

Also I´m very interested, why they play this bizarre style of Metal and which ones are their deep inner reasons?

„It's the only thing that's real, death is certain life is not, as someone once said. That's worth thinking about and for the music I think this type of Metal is the only thing, it should be harsh, fast and furious. Be it Death, Black or Grind, extreme music with the right concept is ultimate. That's true greatness so it's not hard to chose.” 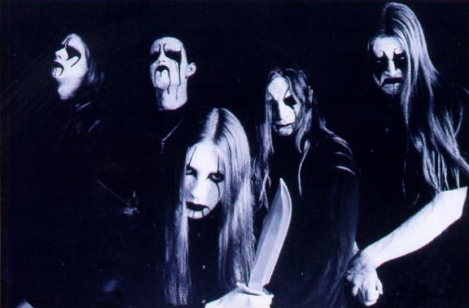 How do you see Thy Primordial among all the other bands in these genre?

„The way I see it is that we're on our own and do our thing the way we feel. So I guess Black Metal bands in the surroundings are where they are and be it different minded or not, that´s just how it is. Black Metal has during the last few years turned so fucking big it's like an industry with a great variety of values and so forth, so there's not much left of what it ones represented. This may be hypocrisy or such but I don't really bother to give a damn, it's not worth lay waste on energy as long as one knows what to strain.”

Please give a list of Thy Primordial's releases to date! 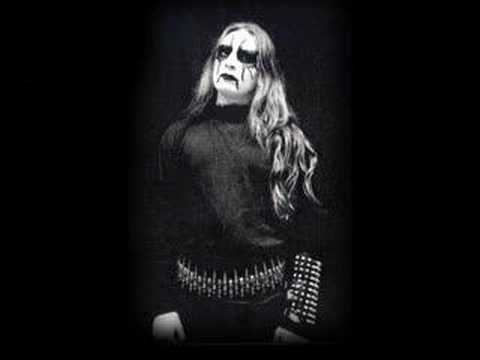 What is your personal definition for the style of Thy Primordial?

„This is always hard, to define your own music. It's a mixture of Black and Death Metal, I think most people would put us in the category of Black Metal for the visual side, the music etc. but it might be more correct at Death Metal (in its true sense of the word) as we're not as much dealing with satanic themes which is the main subject for Black Metal as I'm concerned. On the other hand how many would picture our music while stating Death Metal as one then think of bands such as Cannibal Corpse. So Black Metal is therefore the only description, that's how we sound and we honour death in all its essence. I would at least not use other descriptions as often used, like `Forest Metal` or what ever the fuck some call their music.”

How would you describe the members of Thy Primordial to outstanding persons?

„We are all free individuals of course and thereby we differ but we do share values in life, otherwise it would be hard doing for example this band together. What most reflects Thy Primordial in public is me because I'm in head charge of all the lyrics but they stand behind me as we are all one unit. Making descriptions of the members I think is worthless as I think individuals should speak for themselves, our individualities has been laid on tape on several releases, the music/lyrics speaks of our personalities and I guess that's how deep I'll go on the subject.”