Formed in 1998 as a project between Harald Magne Revheim (ex-Enslaved), Stein Roger Sund (ex-Einherjer) and synth-man Nils Johansen in 1998, the respected name Thundra stands now for genuine epic Nordic Metal art at it’s best since more than a decade.

The skilful Norwegian bunch released their great debut album „Blood Of Your Soul” in 2000, the much more complex composed follow-up „Worshipped By Chaos” saw the light of day six years later. Actually more than a great base for having best results. However, in fact they were never spoiled by fate, so the members had to fight often against many bad troubles, as the crappy sides of music biz, some line-up changes etc.

After having inked once more another record deal in January 2009, Thundra are looking forward for best possibilities now, concerning their highly sophisticated music. Recently their third album manifest „Ignored By Fear” got unleashed, a masterpiece of melodramatic embossed Black Viking Metal. 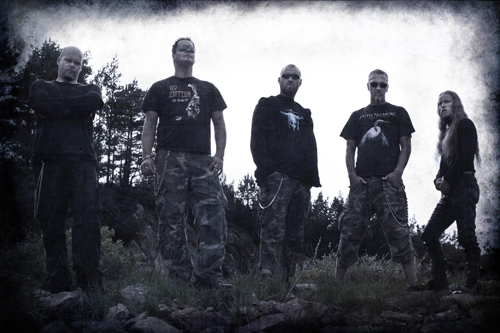 To get a bit deeper behind the backgrounds of Thundra I speak with drummer Harald aka Harald Helgeson.

When you`re looking back in the beginnings of Thundra – have your musical dreams mostly fulfilled until now?

„I guess I must say that musically I am satisfied with what we have achieved on the latest album, but as a band it's not easy to say. We have had our ups and downs but we have then again never been a band that's worked too hard on getting ahead in the world. So we are happy with the situation as it is today.”

With which expectation(s) do you looking forward to your upcoming career?

„I hope that we will have the time to do more live gigs, it's not easy to get everybody assembled together when we all have full time jobs and some of us have families. We also set the bar high for our next album, so we must match "Ignored By Fear" somehow which will be difficult but not impossible. So I guess that will be our goals so far.”

Why you still do this music at all – which is also nowadays the most inner driving force within your creative heart to do such metal music?

„Hehe, we don't have a choice. As for me personally I have to make and listen to music, it's been a significant part of me whole my life so it's just something I must and love to do.”

As I saw the new band portrait of Thundra at first time, I thought immediately: „Oh, these guys are very strong-minded individuals with their own heads and musical tastes – respective the presented shirts (Led Zeppelin, Faith No More…) So you guys aren’t interested in an special „image” at all, or?

„That's correct, we have never had the need to use costumes and such to promote our music. I'm not saying that it's a negative thing to have an image, I personally love it when bands go all the way but it's just not us. We are proud Norwegian musicians, end of story.”

Do you have in your country a dedicated fan-base?

„No I don't think so, here in Norway we don't have the same kind of dedicated fans as for example Germany has. I love the fact that when I go to for example Wacken you have really dedicated fans that really show they love their band and support them massively. That's admirable.” 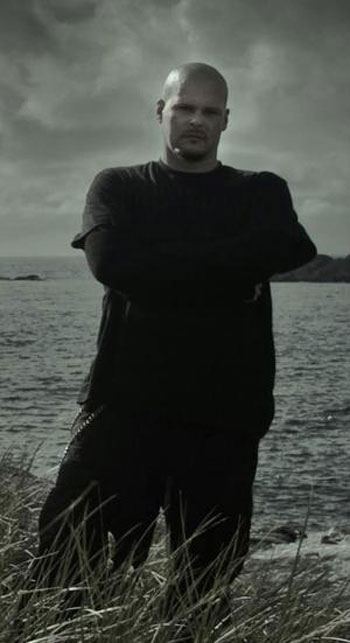 What’s your personal view about the metal scene in your country?

„Well, the music scene in Norway I would say is spoiled due to the fact that we have many great bands to be such a small country and also the Norwegian bands will always be compared to each other. Today's metal scene has a more aggressive attitude both regarding the bands, labels and managements and its harder for new starting bands to make it, as everything else in this world today it all boils down to money. But luckily there are still the "old school" people that are genuinely interested and passionate about the metal scene and music, and do it because they are passionate about it.”

The new music of Thundra on „Ignored By Fear” is awesome, and I love most the opening track! Meanwhile your music offers very complex and very progressive structures, which are clever combined with very catchy melodic hymn-elements. How became that style developed?

„Thanks, for us it’s all based on riffs and keeping continues drive through the songs that keeps it compact and together. And also try to find a common thing that links the song together, and do what we feel like doing at the time. We don't strive to be complex but to keep the song interesting, but to keep the song interesting and inviting. We make music we ourselves would listen to.”

Where you`ve got all the ideas for your new specific epic Black Viking metal art on „Ignored By Fear”?

„That's a difficult one, I think the fact that we have very different music taste and are strong minded as you mentioned earlier, combines into a unique music form. And there is no denying our roots and culture "colour" our music.”

Creative ideas: when they come regularly at best in your mind?

„Hm, after a long weekend of drinking and the hangover sets in. No, seriously I don't know when we are most creative due to the fact that we all work differently until we get it all assembled in the rehearsing studio.”

Which differences to the previous both Thundra releases awaiting the listeners on „Ignored By Fear”?

„This album represents what Thundra has strived for since the beginning of the band. All our musical expressions come together for one hell of an album. "Ignored By Fear" is something we are very pleased with, and extremely proud of. We are also very happy with the sound on this one and Stein (bass player and studio tech) has done a very good job of getting all the different aspects into a nice compact sound. We are very proud of our previous releases but I feel that those albums have been the trial and error to get to where we are today musically.”

The songwriting process: ran it easier for you guys this time? Or more difficult in opposition to the other Thundra albums?

„This was a much harder album to make. The problem with the writing process in Thundra isn’t based on the fact that we decide to be harder or more melodic. We don't have a specific goal when we write songs, and this time we had really work on the songs to keep the "Thundra" feeling, but the work paid out in the end.”

Which way were the studio recordings these time for the new Thundra album?

„We rehearsed heavily before entering the studio this time, more than we have ever done before. And as we now have our own studio, Black Dimension Studio run by Stein (our bass player) so we could spend more time working on the details. So this was actually a relaxed album to record.”

Btw: would you categorize your music as Viking Metal at all?

„Well, it's difficult to say. We don't have Nordic themes or associations in our lyrics, but I am really not sure what qualifies as Viking Metal these days. But there is denying that as explained earlier, we have the background we have and we are proud of it. So we really don't care what label we belong under.”

Pls. explain the readers the sense and the meaning behind the new frontcover artwork by Mike Schindler!

„The cover is a concept by me based on my lyrics and then perfected into graphics by Mike at Dragon Design. I had visualised it and Mike managed to take my instructions and make the cover you see today, witch I guess couldn't have been easy. I have to say that he did a great job. The actual meaning behind the cover is as I said based on my lyrics and very personal. It refers to a specific period of my life – I was battling cancer – and it has a specific meaning but I rather not go deeper into that.”

For what exactly stands the new album title „Ignored By Fear”? Please explain as detailed as possible!

„The lyrics on this album are a continued part from the lyrics on "Worshipped By Chaos", and for that reason I wanted something that would relate these two albums without calling it "Worshipped 2". The lyrics do have the same origin, and is mainly written during a specific period. As for the meaning I guess it's my way of simplifying in to a few words the reality of being so fed up that you just don't care about the thing you really fear the most.”

If we’re talking about worldwide fears, they’re clever managed mainly with the goal to set the whole world in fears for controlling people even better as ever before. Personally I avoid all „mass media news” as good as possible. 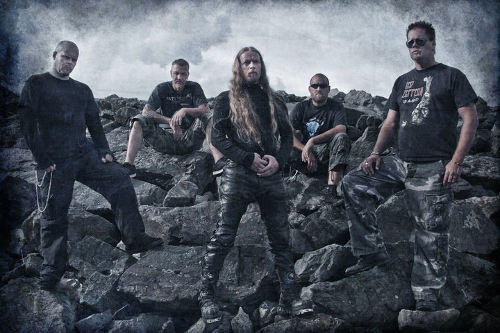 Do you consume TV, radio and newspapers day by day at all, with all their targeted spread cruel „news”?

„I do keep myself updated but I know (hope) I'm smart enough to see the reality of it all. The propaganda that the information industry pores out today is based on the fact that they want to shock the readers/viewers and such make a profit. You have to take the media for the good and the bad. But avoiding it today can't be easy.”

Do you plan already Thundra live gigs for 2011, are there any plans for a real tour?

„There will probably be a Norwegian tour this autumn 2009 and there is also planned a European tour next fall. Plus some individual shows.”

When exactly you’ll come to Germany?

„We will do shows in Germany as part of the planned tour, be there!”

„It's not for me to judge trend bands, but I have to admit that some of the bands are clean rip offs with no soul. But if people buy it, be my guest.”

And, what do you think, why so rare bands play really good Epic Heathen/Viking Metal nowadays? Is it a question of the broad range of inner views and feelings?

„Maybe, but I also feel that many of the bands today try much to reach what other has done before them. But that's my personal opinion.”

Which are still your favourite metal acts?

„There is too many to list here, but it's always good to have a cold beer and listen to the old Metallica, Testament and Overkill albums. And I am also a big fan of the old progressive music like Fates Warning, Watchtower and Crimson Glory. I could go on forever.”

Which is your preferred kind of Scandinavian beer and Nordic booze?

„Nothing beats an original Danish Tuborg beer in a glass bottle and a chilled shot of Vikingfjord vodka.”