Because The Prowlers do their job with gallons of passion and dedication. Who listens to „Devil´s Bridge“, the latest album of the gifted Romans, hears lots of fiery compositions with a longing musical soul.

Which specific circumstances and influences led to such a high-quality and chosen musical style, as yours? 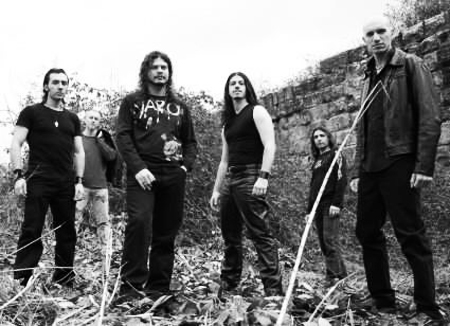 Dr. K: „Just one word: Passion! Well, let’s say that even if the starting idea for a new song usually comes from a single member of the band, we all participate to develop not only the “solo” parts, but also proposing bridges, melodies and tempo changes. Of course we all have similar influences coming from different kinds of Metal Music (from classic to power and prog), and after almost 10 years of playing together, song-writing became the most easy, exciting and keen part of our “job” as musicians!”

The new release sounds - in a positive way - typically Italian … what´s your opinion about?

Dr. K: „Italian?!? Only because in the song called „Devil’s Bridge Pt.II” we had a special guest playing Mandolin? For the rest of the songs, honestly, I don’t think that they sound „Italian”, but maybe it’s difficult to judge from the „inside”.”

How did you get the record deal with Locomotive Records? Are you fully satisfied with its details?

Dr. K: „We got this contract thanks to Intromental, our Management. We are very happy for the passage from a very small Label (the Italian Steelborn Records) to a bigger and foreign Label. Contract details are the typical used for all small bands, the interesting point is that we have an option for another Album, this will reduce time and stress of looking for a Label when we’ll have new songs ready!”

How do you feel when you think about all the people, which are listening your songs with much joy?

Dr. K: „This is a good question! I don’t know if I’ll get used to this, it’s a strange feeling! Few days ago I was driving my car, filled with my drumset, going to play a gig near Rome, when 4 guys in another car started to call me. When I opened the window I realized that they where fans listening to our first album in their stereo while coming to the show! I started laughing and told them „hey guys, what an awful music you are listening to!”” 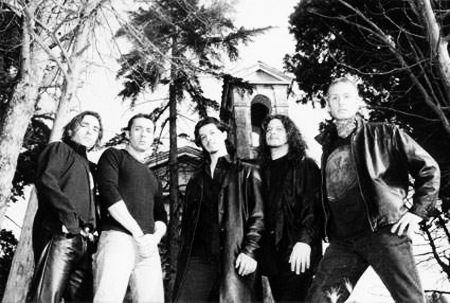 Please give a description of the composing process for the new album!

Dr. K: „The most „strange” songs („Devil’s Bridge I & II“, „Fused“) came out from an original idea of our bass player, while the most „progressive” ones („Acid-One“, „A Last Gaze“) have been written by the Keys player. Fabio S. (guitars) wrote „Alone In The Dark” and „The Invisible Prison“, while „Imagination Game“ (included in our first Demo and re-arranged) is by Napo (guitars). As I said in the first answer, all these songs have been developed all together, even if coming from the idea of a single. „YTT” is the typical example of team-work, we composed it all together in just a couple of hours.”

From which member of the band came the high-class-melodies for the new output?

Dr. K: „Hey! Thanks for all these compliments! The vocals melodies have been created by Fabio (the singer, of course!) after completion of the instrumental parts, just singing random words on them. All lyrics have been adapted to the metrical of vocal melodies that Fabio found.”

Please give a bit information about the lyrical contents of the new songs!

Dr. K: „„Alone In The Dark” tries o describe the sensation you feel when you realise that you’ve done a big mistake in your life.

„YTT” (Yesterday Today Tomorrow) is about life in general, decisions that must be taken, nice things, sad things, time that passes. Just life!

„A Last Gaze Reminds” the story of the movie “Ghost”, where a man suddenly died, wants to see his woman for the last time before disappearing forever.

„Fused” is the delirium of the insane mind of a desperate man. 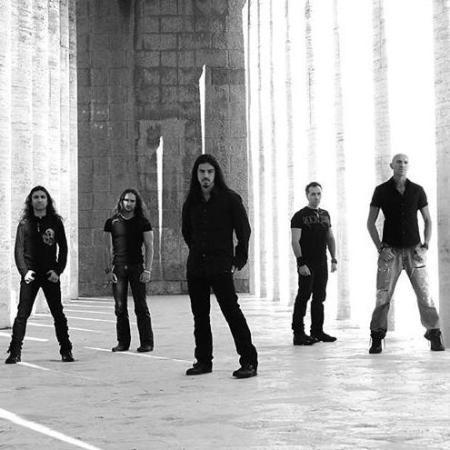 „Imagination Game” it’s a song about fantasy. When you feel sad, relax and leave your mind fly to the place you like best.

„Devil’s Bridge I” takes inspiration from an Italian legend. The dwellers of a village ask help to the Devil to build a bridge, he agrees asking as reward the soul of the first one that will cross it. They will cheat the Devil by making cross the bridge to a goat.

„Devil’s Bridge II” the Devil wants to take his vengeance bringing demons on hearth, but God will save human being bringing back the demons (and the heretics) to hell.”

Which bands do you prefer to hear from the splendor of the older days until today?

Dr. K: „I started with AC/DC, Rush and Deep Purple when I was 13, then I discovered Iron Maiden, Metallica, Judas Priest, Mötley Crüe, Queensrÿche … and many more! Nowadays one of my favourite bands are Blind Guardian and Angra, I think that their drummers are one of the best in the world!”

Napo: „Ehm…. If I say that I dislike Iron Maiden I would say a lie, but I also love Judas Priest, Black Sabbath and all the 80’s bands (Crimson Glory and Helloween most of all), then Metallica and Dream Theater are two of my favourite bands. Regarding the „new acts” there are really few bands that I listen now… and above all they are not heavy metal bands, you know, Rammstein, System Of A Down, Ska-P. One exception is Blind Guardian, one of the „new” Metal bands that I listen with joy.”

Regarding your style of Metal, what do you think of the works of other bands in that style?

Dr. K: „I really don’t know… I mean, there are so many bands playing this kind of music that is almost impossible for me to have a complete opinion about them. What I can say is that often we are compared to bands that honestly we’ve never listened to!”

Napo: „Well, as Dr. K said before, from the inside is very difficult to say that we have a „particular” style, we only play what we like to play and the songs come from very different minds, but if it’s prog-power that you mean, there are lots of bands that are really great, even if I personally don’t listen this kind of Metal in this period.”

Dr. K: „I like writing songs about human feelings and life in general, but I take inspiration also by books that I read. Let’s not forget the difficulties that a non-english person can have to write songs without being too banal!” 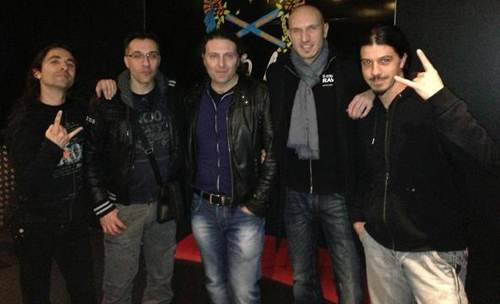 Napo: „Almost everything, as you can see from our lyrics, we like to travel from one topic to another, we’re inspired by novels, legends, life itself, moments in life… everything comes to our mind is nice to be transformed into a song, to be shared with all the people who listen to us … we don’t want to „change the world” with our ideas, but only to make people enjoy themselves listening to some good (we hope) music while hearing some sort of tales, or life experiences …”

What are the necessary elements which make a Prowlers song a good one in your point of view?

Dr. K: „The mixing of different styles, tempo changes, all things that make a song not boring. One of the best comments that I heard for a song of our first album was „this song is five minutes long but, when you listen to it, it seems the half of that time!”. Another very important element is that we play what we really like, without caring about Music „fashions”.”

Napo: „Good music, above all, our songs born all from ideas of one of us, but they usually takes a very long time to develop to their final form, and everyone of us brings his own ideas, so we build the structure and then the more important step is to record the song and „feel” it, if the feeling is ok, then the song is good…we don’t think of a song as a thing with its „typical” structure.”

Dr. K: „Well, I like to spend my free time (the time that remains after my job and music) doing sport (I play soccer), going to cinema and the theatre, travelling or just relaxing at home…”

Dr. K: „I have a couple of ideas, but I cannot say too much now! Hehe! We are working at new songs, I don’t think there will be a big style difference with „Devil’s Bridge” (as there is for „Souls Thieves”) but maybe it’s too early now to say something definitive.” 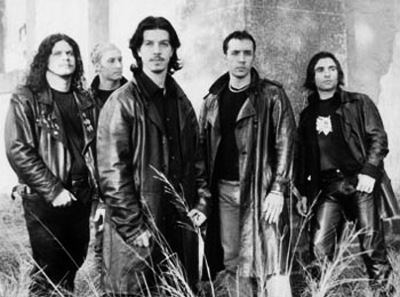 Napo: „Everything that comes into our minds, as I said, we never think of a song as a pre-ordered thing, so maybe we shall try to use different instruments, different kind of playing, different styles of singing, as everybody can see, there is already a big difference from „Souls Thieves“, our first album, and „Devil’s Bridge“, the new one. We introduced more keyboards in „Devil’s”, and that opened our perspective. Who knows what will happen in the future?”

Which expectations do you have for the rest of 2006?

Dr. K: „We are waiting impatiently for the release of „Devil’s Bridge“ to see how it will be reviewed and we hope to play live gigs outside Italy! We’d like also to release a video … we will see!”

Napo: „To play gigs everywhere in this planet … and who knows, an „interstellar” concert as Douglas Adams described on the „Hitch Hikers Guide To The Galaxy” would be nice, haha! Being serious, we expect lots of concerts to promote the album as it deserves!”

Which are your other future plans?

Dr. K: „We already started to write new songs, we don’t want to wait other three years to release next album!”

Dr. K: „Of course! Thank you very much to you, Markus, and to Metalmessage for this interview, we really hope that you’ll enjoy our music and, most important, to come to Germany to play some live show very soon! Ah, I was waiting for one important thing: good luck for Soccer World Cup!”

Napo: „As always we would like to thank you for this opportunity, and to thank all the people who are workin’ hard to have our music distributed all around the world. And then, a big ciao to all our fans. Keep in touch and we hope that we will have the opportunity to play live for each one of them!”