When the two Dutch brothers Hans and René Rutten realize in 1989 with singer Bart Smits the plan to form their own band, they find themselves in a kind of international optimism for new hard Heavy Metal subcategories as Death and Gothic Metal.

In August this year stood the double album „Accessories – Rarities And B-Sides“ in the shelves of the music shops. And currently is the release of a new DVD called „A Sound Relief“ on the plan. Singer Anneke van Giersbergen talks a bit out of the creative box. 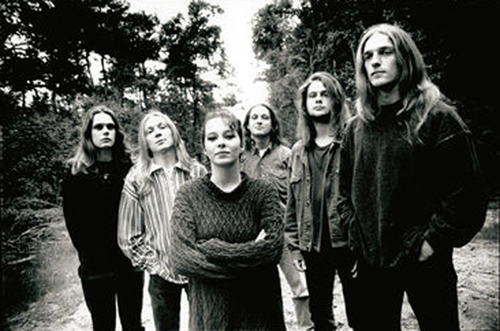 Anneke, what are the main news at The Gathering?

„We are writing a new album right now and we will record it in November in the studio. We are very excited indeed. It's time for a new album and a new sound. After the 'semi-acoustic' period we want to make some noise again so we are working on some moody Rock tunes again.”

„We listen to a lot of stuff, and everybody of the band has some favourites but we all love listening to bands like Dredg, Interpol, Kean and The Killers.”

Where have you been playing live this year?

„We did not perform this year because we were focussing on writing the new songs. We did do one show for the recording of the DVD 'A Sound Relief' in May. That was a great experience. We will love playing and touring again when the album is released early 2006!“

A lot (musical) things have changed since the first album of The Gathering. What do you think, when you look back at the whole career of the band to date?

„I am very proud of our career so far. We made a few diverse albums and tried to renew ourselves with every album. It is the reason why we are still together. We always had goals and dreams for the next album and we are happy with the results. The latest album should always be the best one!” 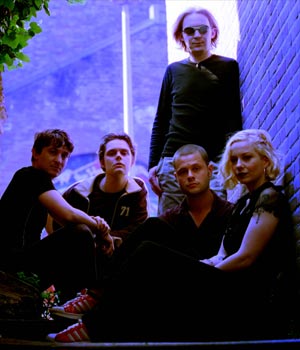 What do you think, which bands have been influenced by the (early & newer) music of The Gathering?

„It's hard to say, we also were influenced by other bands, Pink Floyd, Radiohead... You name it. We were one of the first groups who played loud music with female vocals. That was a new feature in Rock and Metal music.“

Due to the change of musical style, The Gathering lost some fans, but won some new as well. How do you see this?

„That's exactly true, you win some, you lose some. That's how it works. Music is a dynamic form. We cannot create 2 of the same albums, on the other hand, we are always the Gathering with a specific drum, guitar, keys and vocal sound. When you hear our music you will recognise us immediately. We just move with our time and want to make each album a challenging one.“

How successful were the last albums?

„Quite successful. But we notice that there are mp3's downloadable and before that, people can copy music CD's easily now. We don't sell as much as we used to. It's hard because we have to earn money to spend it on a next album. Smaller bands like us really notice the difference. And even smaller bands will have no chance of surviving in this industry. creating music is romantic but selling it and creating new music is business. Just like a baker has to sell bread to make new.“

What contains an really good song in your opinion?

„Good question. Everybody has a different opinion because taste is quite personal but I like a song that has an edge. It shouldn't be polished and neat. It should have a part you can tap your foot to or that you can sing along to and it should have emotion. A song that you can dive into and float away with.“

What has changed in the band‘s most important intentions since the beginnings until today?

„Nothing, really. Our intentions are always the same; making good quality music and having a very good time creating it. When it comes from the heart it will always touch other hearts and that is the purpose of art and music.” 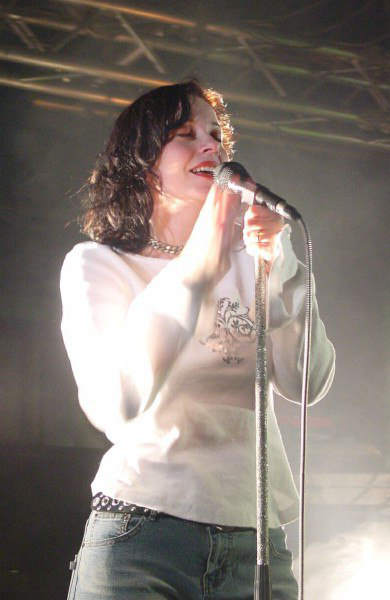 „We are living it! Making records, creating music and having a great time performing it on stage in front of an international crowd. I couldn't ask for anything more!“

Which of your specific inner feelings do you reveal with the music of The Gathering?

„We find it very important to live a responsible life, to have love and respect for ourselves, others and nature. We find ourselves writing a lot about that subject. Also it's good to laugh and have fun and not be depressed about the world all day long. A balance in these things is quite important in our minds but as we are not very good in writing 'happy' songs we focus more on the moody and Rock side.“

Which were the most influencing bands at the founding of The Gathering?

„Of course Pink Floyd. They are a big, big influence. But the boys also listened to stuff like Hellhammer and Celtic Frost at that time. Dark but melodic Metal.“

In which mood do you get the best creativeness?

„That could be any mood! I can be inspired watching something silly on TV which reminds me of something else and a song is born! A lot of times it comes unexpectedly. When it's a beautiful day or when you hear a good song or when a friend calls on the phone but also when you sit down and start thinking about a lyric for a certain song. Mostly it's work because we have a deadline. So inspiration can be called upon aswell. You don't have to wait for it.“

Please tell some influences – musical and lyrical – of the compositions!

„Of course the musical influences mentioned earlier. And lyrically We find much inspiration in the world around us. Could be close by; experiences in our own lives or that of friends, or everything that happens around us in the world good and bad things. And of course the things we go through as a band are a great inspiration.“

When the fans will get the next album of The Gathering? In which direction your music will go?

„As mentioned, we want to make a bit more of a Rock album with a dark edge. We have songs that are danceable but also long and deep-digging songs. It will be a journey again. We are very excited about it and we hope we will record the songs as they are in our heads now, or even better!“