As singer and founding member Mike Hranica frankly reports, it was definitely the band's full intention to go out on „8:18“ even more than ever before.

And so was indeed accomplished, which actually seemed impossible.

And so the new and fifth album of The Devilwears Prada offers the proven, unique Melodic Metalcore style of the visionary Christian quintet from Dayton, Ohio. But this time, with the most relentless freedom of movement, one has the feeling that the souls of the American authors would jump directly from left and right into the ears! I'm talking to Mike. 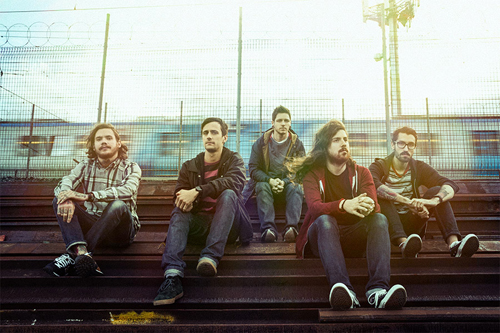 The new material on „8:18“ sounds extremely ‚emotional‘, in spite of all the typical used elements and outstanding high technical abilities of the band.

What is your own opinion about the recently finished work?

„I'm glad that it reflects more emotional, that's definitely a direct intention with our new songs.“

How does it feel to perform these new, truly surprising song material?

„I like the news songs very much, I'm touched not less, too! Vocally, I was just inspired to do something closer to what I do live. I think that created some contrast for 8:18.“

From where came the main ideas for the new music of The Devil Wears Prada?

„I think the new direction is simply the product of evolving and the band progressing as better dudes playing music.“

Are special musical influences to discover on „8:18“?

„There aren't really new influences for me. This time around, I just felt more compelled to write more cohesively.“

Did it take a long time to make the songwriting for the new output?

„Chris is always demoing out songs, so some of the new material has been on the back-burner for a while.“ 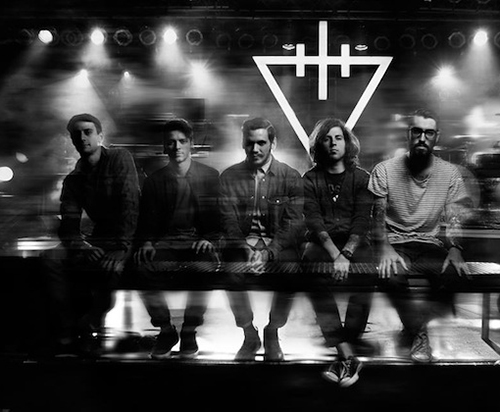 You guys made it again pretty well to build up an very own style!

Was that difficult for the band or did it come totally naturally anytime?

„Most of what we do comes very naturally. We never really sit around and decide anything specific: we do what we want and what we want to hear. The style of song is discussed and focused on as we work through it, and that's that.“

Be so kind and bring the lyrical core of the new release a bit closer!

„I write all the lyrics, which are built from suffering, which comes from Romans 8:18.“

What do you think will be the most worldwide reactions to The Devil Wears Prada’s new longplayer?

„I think listeners are going to like this album, but it's impossible to tell. We were honest in making these songs, which is really all one can ask for when creating.“

Please tell the most important reason for you to believe in God.

„God has always been in my life and filled a place in me that nothing else ever has. Physically and mentally, I believe that there is a creator, and my faith in Jesus has always answered everything for me.“