The musical enormously agile Ed Warby, as well as the Swedish Death Metal fanatic and roar monster Rogga Johansson, were responsible for the formation, which was initially conceived as a pure studio project: two very well-known Death Metal veterans. Mr. Warby even made a live line-up, which enabled The 11th Hour presence on various stage boards.

And the perfectionist Warby has a long-lasting passion for slow-paced rhythms, so he's starting again: with the new and second album „Lacrima Mortis“. To some emotional and sometimes even to sacred-like penitential paths is now changing. Maincomposer and multi-instrumentalist Warby played the new longplayer even completely alone. 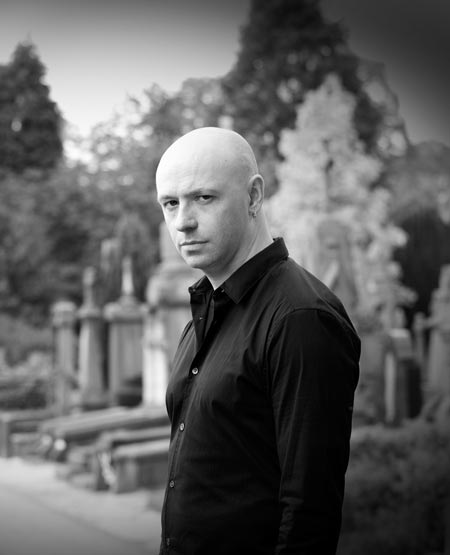 Pim Blankenstein, who previously only played live with The 11th Hour, was called on as growl throat this time, due to Johansson's ongoing health problems. I talk to Ed.

What's going through your head, while you think about the new release of The 11th Hour?

„Relief about finishing it after 8 months of very hard work, pride about making a better album than the first one, and anxiety about the upcoming reviews (no matter how many albums I make, I’m still nervous every time).“

What can you do for the Doom fans with your music on the new record „Lacrima Mortis“ that other candidates can't?

„No idea, that’s never been my goal. There are so many (Doom) Metal bands it’s impossible to be original, I just try to make the best doom I possibly can and hope there’s people out there that pick up on it and appreciate it.“

Which is the most ‚holy‘ for you inside the music of The 11th Hour?

„The riffs, definitely. Each song has a at least one truly crushing monster riff, those are the backbone of the music for me.“

Which are your biggest hopes for the upcoming months concerning The 11th Hour?

„I hope we’ll get good reviews and even better album sales, and it would be great if we could cross over into the “regular” Metal scene some more. Only a few doom bands have done that, so it’s a small chance but you never know.“

The new material of The 11th Hour: how were the new songs developed until that final result?

„I always start with one riff or melody and if I’m lucky the rest of the song will come naturally, some songs were finished quickly while others took a year or more to reach completion. During the recording of the album I found myself adding some orchestral flourishes or changing a vocal line, but most of the material was already fully formed in the demo phase, I do really elaborate demos for each song.“

What are you still looking for in terms of development of The 11th Hour's musical style?

„I’m very satisfied with the style we have right now and there’s not much I’d like to change about it. It’s a cool combination of classic, epic Doom and some Death Metal elements and I have all the freedom in the world as far as the arrangements go.“

Be so kind and bring the songwriting process for „Lacrima Mortis“ a bit closer! 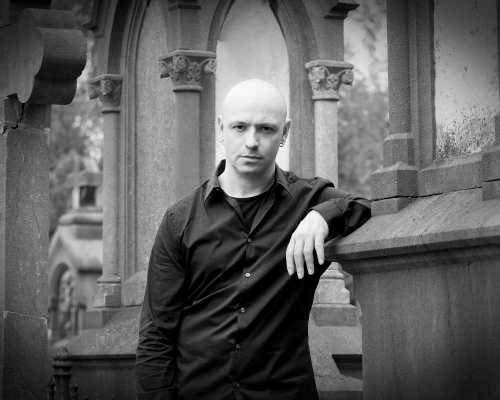 „All the songs were written by me in my home studio, I started quite soon after ‚Burden Of Grief‘ was released so to me it’s a logical continuation. I tend to write whenever I get inspiration, sometimes it keeps coming but it also happens that nothing comes for days or weeks.“

Please tell also about your proudest own achievement on these new album!

„Well, since I played every single instrument on the album myself and did the clean vocals there’s a lot to be proud of, but I’ll go with the vocals which have improved a lot since the previous album.“

„The same as before: death, bereavement, mourning, loss, regret … happy stuff! There’s a lot of autobiographical elements in the lyrics but also a lot of fiction, unlike the previous album it’s not a full concept/story.“

Do you have already a personal favorite within the new tracks?

„‚Rain On Me‘ is my favourite because it’s the heaviest and most epic song I’ve written so far and I’m really happy with the structure and arrangements. ‚Tears Of The Bereaved‘ is also a favourite because it’s more up-tempo than the rest while still maintaining the “doom” atmosphere, especially in the second half.“

Which is your preferred kind of music at home?

„All kinds of Metal, but mainly Death and Doom. If I don’t feel like hearing Metal I’ll play Country/Americana or classic 60’s/70’s Rock.“