The history of these Pagan Black Metal horde from Belgium begun with the release of their demo „Dies Natalis Solis Invicti” in 2003.

Mainly inspired by North- and West-European nature and lyrics devoted to Ásatrú, the music of Theudho was received quiet well in the appropriate Metal underground scene. In 2006 the heathen troup from Ghent unleashed another studio album, entitled „The Völsunga Saga”.

Rhythm-guitarist Jurgen plays also the synths in Theudho. He was willing for an informative dialogue. Does he have any spiritual beliefs, or strong ideological respectively idealistic concerns? 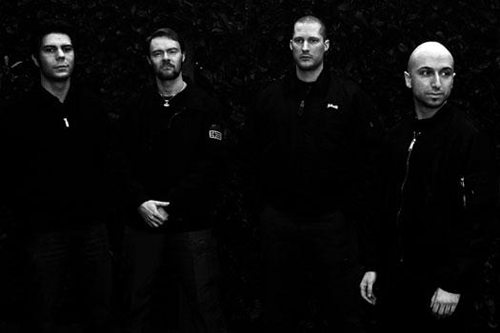 „Spiritually I’m obviously attracted to Norse-Germanic traditions. Unlike many pagan individuals or groups out there, I do not necessarily believe in the Æsir and Vanir as metaphysical entities, but rather as archetypes and metaphors for nature. As for ideology; I have come to see the development of a personal worldview very much like medieval authors describe the quest for the Grail. One can for sure start from a common secured starting point (i.e. a predefined ideology), yet in the end the quest for a comprehensive set of beliefs and a thorough worldview is made alone. This said, Theudho can not be seen as a tool to promote a certain worldview or political agenda. Many people seem to wonder about the hidden political motivations Pagan Metal bands might have. I, on the other hand, like to see the concept of Theudho as a modern form of Romantic Escapism.”

Jurgen, what has been the reason once, to start Theudho?

„There was no general purpose besides artistic expression, I guess. I got inspired to write some Metal songs after I did some inspirational travelling. During my teens I had been active in a bunch of Metal bands and projects that didn’t really amount to anything. With home recording becoming so much easier than say ten years ago, the choice to write and record everything myself was an obvious one. I had no other ambitions than to write those couple of songs and release one demo at first. Strangely, a bunch of people seemed to like the material and then I got the offer to release a split-demo with Gorath, a Black Metal band from Limburg. Then both demo’s got picked up by Nepherex (record label); before I realised it I was recording the first album. Pretty much everything I did not plan to do, happened subsequently: getting a full line-up, playing live, doing some promotional videos…” 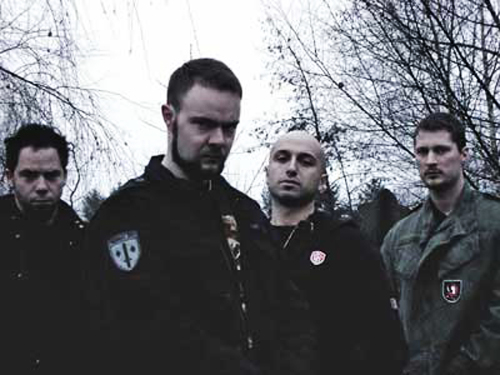 Which is still your main focus in the music of Theudho?

„That’s a tough question. It has become progressively harder to write new music we ourselves are satisfied with. I guess the main focus must be variation and contrast; finding a good balance between melody, aggression and elements that are usually not associated with the Metal genre to keep the whole a bit more interesting.”

What can you tell about the chemistry in Theudho between the involved ones?

„The line-up of Theudho came together in an odd way really. The first one to join was lead guitarist Bastiaan. We were friends when we both were zit-faced students, then we basically lost track of each other as he moved to the Czech Republic for some time. When he got back, I invited him to do some leads on a demo and on some songs of the first album. Later on, it seemed logical that he should become a full member of the project. Having studied music, he has a good insight in where things can go musically and is particularly good in adding on elements to the foundation of a song. Filip, our bass player, initially only joined as a session member to record the bass lines on our second album. During the recording plans arose to start playing live. We asked Filip to do some gigs with us instead of looking for a new bass player, since he new half of the material already and we got along really well. Live he is definitely the energy source of the band, he has a lot of live experience in all sorts of bands and does backup vocals as well. I got to know our drummer Joachim through a mutual friend of mine some years ago. He’s a solid and devoted Metal drummer. His style is primarily influenced by a lot of older Heavy Metal and even some Rock stuff, which blends remarkably well with our music.” 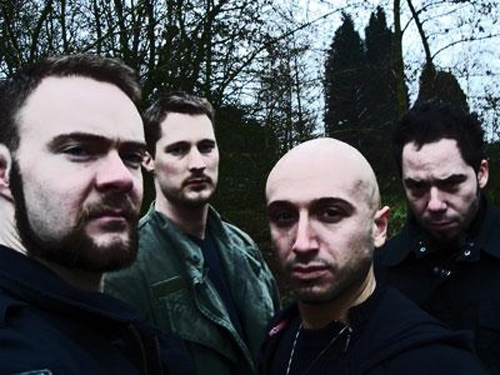 Which specific circumstances and influences led to the musical style of Theudho?

„When I started out as a guitarist, an older neighbourhood friend introduced me to thrash stuff mostly. Tabs and sheet music of bands like Metallica and Slayer were the easiest to come by in the pre-Internet days, so that’s where it all started for me. Later on I got more into typical primitive Black Metal guitar playing, which really wasn’t all that beneficial for my technique and general performance as a guitarist as you can imagine. But as far as my personal style goes, I guess it’s a mix of these things. When I got older, I developed a modest interest in some Neo Folk and Industrial projects like Puissance as well as some classical music. I never got into famous composers like for instance Bach and Beethoven, composers one traditionally gets to listen to during music appreciation classes. My interest in classical music arose when I saw and heard Wagner’s “Das Rheingold” (on television). I realised that classical music doesn’t necessarily need to be sweet and nice sounding but can actually be quite heavy, dark and bombastic. These influences pretty much form the core of our sound.”

„The great thing about our style is that are no boundaries whatsoever. We can pretty much do everything we want to do without compromising our musical integrity, something that isn’t always possible in other styles associated with the Metal genre. The two albums we’ve released so far are definitely Metal albums, yet we didn’t shy away from the use of clean and acoustic guitars, traditional percussion, strings, horns, clean vocals, choirs, female voices, and so forth. So whatever kind of new piece of music we come up with, it can basically go in every direction.”

Which are the main differences from the current Theudho album to the previous longplayer? 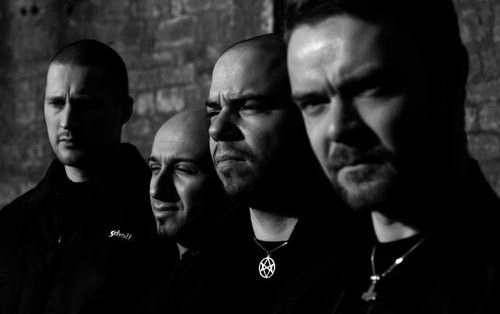 Have you been very busy lately with the work on a new album?

„Yes, as a matter of fact I have. We’re wrapping up the writing sessions in a couple of weeks and have started to tackle a couple new songs in our rehearsal place. We still need to write some lyrics, but most songs already have titles and a general idea of what the lyrics will deal with. Besides the music, we already agreed on the visual presentation of the album, which cover artist we’ll work with, and so forth.”

Please report about the conception of the current album and the lyrical background!

„The next album will not be a full blown concept album like “The Völsunga Saga” was. However, we will focus on the Germanic religious and cultic backgrounds behind some historical events in pre-Christian times. Not all the lyrics are written at this point but some of the new ones are quite grim and dark to say the least.”

Please give a description of the usual composing process for your songs!

„Typically, new material is composed individually and then presented to the other band members. Occasionally our lead guitarist Bastiaan and I meet in order to tweak some parts together, add some leads and harmonies here and there. Afterwards our drummer tackles the drum parts.”

„Actually, I have surprisingly very few new Metal albums in my collection. When it comes to Metal, I usually listen to the classic albums of bands like Bathory, Slayer, Morbid Angel, Unleashed, Iron Maiden, … pretty much all the bands Metal heads typically grow up with. One of the last recent albums I purchased was the latest Ancient Rites album “Rubicon”; that disc has spent quite some time in my CD-player. I also acquired the debut album of my countrymen of Taranis, their music will please a lot of old school Bathory fans! Absolutely recommended.” 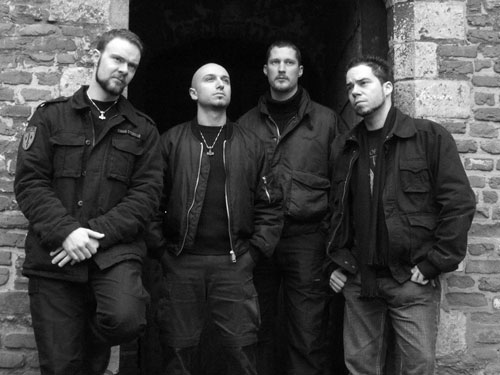 „You’ve caught me off guard here…”

„Everything you see and hear on the mass-medial news neatly sums up what I strongly dislike in this world. I try not to hate actively though, I can use the energy for more positive and creative purposes.”

Which expectations do you have, when you look forward to 2008?

„We expect to finish and put out our third album and do some gigs to promote the new record.”

„We basically tackle one album at the time, there are no long term plans whatsoever. Personally I’d like to continue recording and playing live with the same line-up as we are doing right now, at least as long as we can come up with music we are pleased with ourselves. It’s great to see us grow as musicians and I think our albums have become progressively better as well, so I’d surely like to see how our music will evolve on the next couple of records. Of course the intensity of this kind of music comes with an age limit; I can’t imagine doing this in my fifties as a half assed parody of my younger self. Like all things in life, there is a time and place for everything.”

„Thanks, Markus, for doing this interview with us, I wish you all the best with Metalmessage!”