It was amazing how much these Swedes were able to preserve their very own, extremely intense and characterful style for the new album.

In 2003 the last album „Modus Vivendi“ was released. A whole decade, Tad Morose were, so to speak, away from the scene. Now the five Scandinavian idealists are actually starting full again. And with that they have a lot of excellent song material!

Also on the new summoner „Revenant“ the band around singer Ronny Hemlin offers the touching epic framed and melodically captivating Power Metal, which has made them more and more popular since 1991. 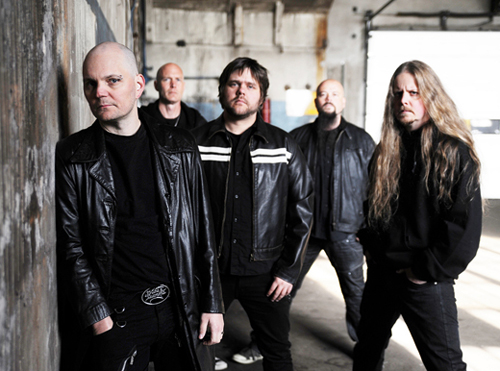 Please describe the main musical character of the new album!

„Well, that´s a tough one! It is hard to explain your own music, ha ha ha. But I think that "Revenant" is a typical Tad Morose album and that it is a natural step from "Modus Vivendi" on the same path as we took from "Undead" and onwards. It is perhaps a dark, aggressive and moody record but that has to do with the way we felt making this album I guess. The music, at least in my ears, is plain Heavy Metal.“

„I think "Revenant" has a bit more of everything. How is that for a convenient answer? He he he. I don´t know, honestly. Perhaps it is more to the point? Some of the songs on the album dates way back so the whole album pretty much represents us over the whole time span from "Modus Vivendi" up until now. So the listeners can expect a brand new typical Tad Morose album.“

Do you want to tell about any special musical influences which led to the new material?

„Nope. He he he. No, just kidding. Well, I don´t know. There are no special influences I guess. I mean, I still listen to same Metal that I always has. Fortunately, many of my favourite bands are still around putting out new excellent albums so that is always inspiring!“

Please tell a bit about the main content of the new lyrics!

„They are about Life, Death and other morbid tales. He he he. And the healthy thing of questioning things instead of just believing everything somebody else tells you or something from certain old books …“ 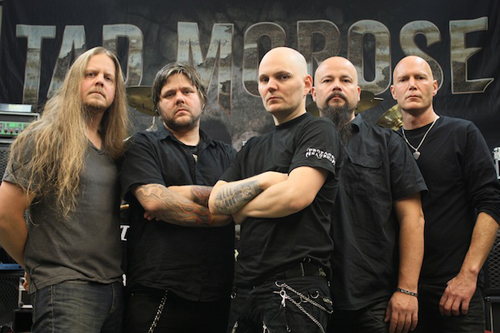 What is behind the album title „Revenant“?

„Oh, I think its pretty obvious! We´re back to haunt you again! You´ll never get rid of us! He he he. Honestly, we think it is a fitting title for the album since we are not dead and that it was quite some time since we had a new album out.“

How long have you worked on the new songs until everything was finished?

„Hmmm, about ten years. He he he. Well, in a way, yes. Some songs dates way back. Some are fairly new. But perhaps it took like 2 years or so to actually get the songs together in the way they are presented on the album. And yes! That is way to long! That is the down side of having your own recording studios!“

Some last words to the old and new Tad Morose fans and all other open-minded music followers out there?

„I hope you like our new album "Revenant"! And remember, play it loud! This is Heavy Metal! Take care and stay heavy! Cheers!“