2005 he founded his own band Sworn. After the first demo „Night Supremacy” the horde grew up and a while later a second demo has been unleashed: „Alleviation“.

And what a awesome masterpiece of Viking´ish Melodic Black Metal Kjørsvik did!

Currently they are on the search for a label, which will release the upcoming debut album. Reason enough for me, to talk with the main man behind Sworn.

Hello Christoffer, how are you doing at the moment?

You´re living in Bergen, the home of Immortal, Enslaved, etc. Do you like it to be there?

„Yeah, I love Bergen. It's a great city. It's hard to get in touch with good musicians here though, believe it or not. I remember my endless search for band members the year before I started Sworn. I had to find members outside of the city, but they've moved to Bergen now, so everything's fine.”

Which things do you do mainly beside making music day by day?

„I'm attending school these days. This is my last year at high school, so it's pretty hard. Otherwise, I just do what normal people do, like attending concerts, drinking and having a great time.” 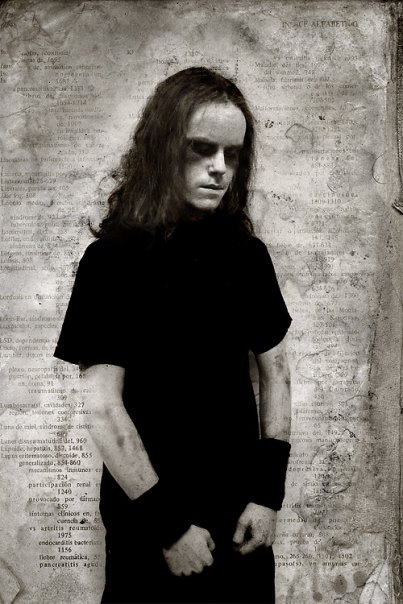 Please describe your attitude as a musician and in which life-philosophy do you believe!

„It's all about the music. Just the way I like it. I don't have a specific message that I want to tell people. Music is my life-philosophy, in many ways.“

Please tell me about the history of Sworn until today!

„Well, it all started in 2005 when I couldn't find a decent band to play join. It resulted in a one-man project, and I created three songs. Later on, I bought some cheap home studio equiqment, and recorded the `Night Supremacy` demo. Lars Jensen from Myrkgrav said that he could help me with the vocals. This recording was just for fun actually, but the feedback was great, and I felt that it would be cool to have a full line-up and play some live shows. I didn't search for band members, because I knew that it was hopeless. But then, my old friend Tom Ian said that he would like to play drums in Sworn. He lived in the small town, Voss, outside of Bergen, and had a band there. Along with his amazing drumming skills, he brought with him some really good musicians from his band, and we started rehearsing with Sworn. Not long after, we recruited Roland "Røst" Røtne as the vocalist. Sworn was now a full band, and we played some live shows. It was really great! After some gigs, we decided to re-record the Night Supremacy demo with the full line-up. Before we entered a studio, the plans we're changed, and we found out that we would like to record a full-length album. I wrote some new songs, and we recorded them all in Conclave Media Studio here in Bergen. Bjørnar from Black Hole Generator and Vulture Industries runs this studio together with a guy from Enslaved, and they have worked with other great bands from Bergen, like Helheim, Deathcon and Sulphur. The studio experience was very interesting, and we all developed as musicians in that period. Unfortunately, Roland "Røst" left the band at this time. We asked Lars from Myrkgrav if he wanted to join us as our new vocalist. He accepted this, and startet recording the vocals. We're still working on the album, and we're also looking for a label to release it. That's the story of Sworn until today.“

Who did the awesome Sworn band logo?

„Kamilla Paulsen (www.wrongsideofthebox.com) did it. She also created the cover art for the `Night Supremacy` demo. We're all really happy with the logo. It looks great, and it fits the band.”

How works the human chemistry in the band currently? And how looks the current line-up of Sworn?

„The chemistry is great. We're all hanging out and having a beer or twelve as often as possible. Some people say that "buddy bands" never works, but it works perfectly for us. The current line-up is Gøran Hope and me on guitars, Leif Herland on the bass, Tom Ian Klungland whips leather behind the drumkit and Lars Jensen handles the screams.”

How deep is your connection to Nordic mystical tales and legends?

„I think that northern mythology is interesting, but I haven't really thought of it that much.”

Which way has been found the musical style of Sworn?

„When I started playing guitar, I created standard Thrash/Heavy Metal, and I looked for a band after having created a couple of songs. One day, I heard the song "Funeral Procession" by Gorgoroth, and I was completely blown away. The use of minor and major chords in this song is really amazing, and I found out that I wanted to create music with the same type of chord progressions. All of the Thrash ideas were thrown in the trash can, and my new inspiration resulted in the sound of Sworn as you know it today. It doesn't sound much like Gorgoroth though. I feel that I've found my own way of composing music – mainly mixing Melodic Black Metal elements with Heavy Metal riffs and rhythms.” 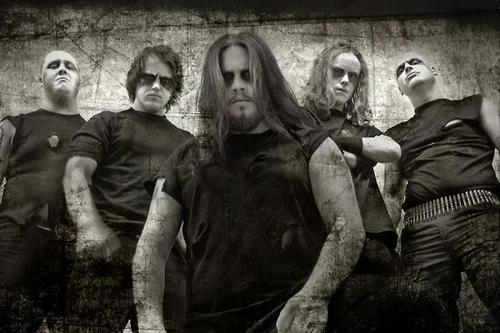 Please tell me some musical influences for your compositions!

„Hmm, like I said, Gorgoroth was the main inspiration behind the chord progressions. Except that, I don't have any specific musical inspirations. Of course, I'm affected by almost everything I listen to, everyone is – but there's no band I try to copy or follow. I create the music that I like to listen to, it's as simple as that.”

Which specific lyrical topics are included in the songs of Sworn?

„Tom Ian, our drummer, is the main man behind the lyrics in Sworn, so he would answer this question better than me. The lyrics have to fit the music, so it's no surprise that our lyrics mostly are about death and the darker sides of the human mind. No political, satanic or anti-religious words, just portraits of death and madness.”

„I like many different genres, but I listen mostly to Thrash and Black Metal. My favourite bands are Megadeth, Slayer and Burzum.“

Which labels showed their interest in Sworn so far?

„We've received some offers from some labels in Europe. Most of them are from southern Europe, specially Germany. This is new for us, so we need some time to figure out what we want to do. It looks like things are going the good way now, so we'll just have to wait and see what the future brings.”

Tell me about the planned debut album!

„We don't know the title yet, but it will contain seven songs. The songs from the old demo are included, but all of them sounds much better now, with new and improved guitar leads some places. I think it sounds pretty good. One can really hear that there's a full band playing their very best on this album. Two songs can be heard with crappy sound at www.sworn.no or at myspace.com/swornband. Feel free to check them out. And feedback is always useful for us.“

„First of all, we want to release the album and proclaim the sound of Sworn to as many people as possible. Also, we plan to play many live shows and maybe we'll tour some. Also, we have some new material, so you haven't heard the last of us – that's for sure. Thanks for doing this interview.”