„It has become a very personal lifestyle that allows me to let a lot of things out“, says keyboardist Aleksi Munter, explaining what is the most beautiful and important thing about the music of Swallow The Sun.

One likes to believe this, if you hear the new songs of these Finnish Doom Death Metal specialists. The songs from „Songs From The North I, II & III“ are spread over three albums. Complex, gigantic, devouring, epic, atmospheric - the six-headed legation has brought together a touching collection under a noble roof.

Guitarist Juha Raivio wrote all the songs for „Songs From The North I, II & III“, many of which have been slumbering in the archives of the band for several years. Aleksi has been involved since 2001 in the band. As he tells, Swallow The Sun have been talking about making just such a publication as the current one for years. 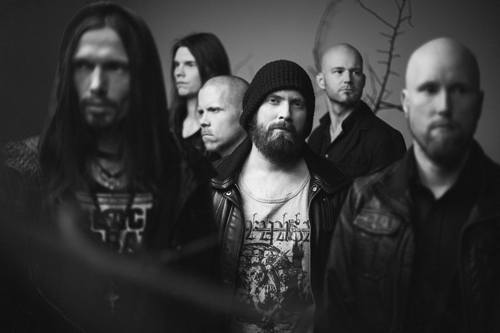 Whole 3 discs … a very unusual, huge release this time … any special reasons for this?

„We have been talking about it for years. It relates to a phrase our sound was described very early on – “gloom, beauty and despair” and we kind of adopted it, and this whole triple album is an extension of each of those aspects that have been always present in our music. Also, it is a comment about the state of music consumption these days, when everyone just seems to release singles and Youtube videos. We believe that album format is truly something special.“

How do you feel now, after having finished these new collection of special songs finally?

„Relieved, it was a huge effort! We’ve been working really hard on it all year long, and I’m very happy how it turned out. Though it’s not over yet – no we get to touring and festivals!“

„It is vast, full of contrasts, darkness and light, beauty and despair. Just like the North.“

For which musical ideals does stand the new set of records? 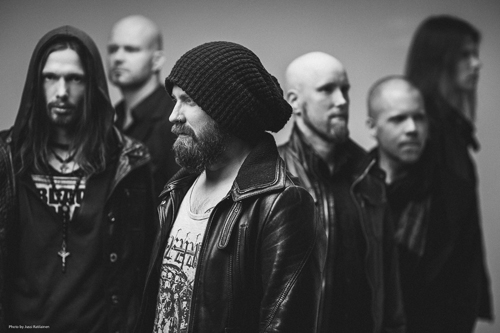 „It’s something that we’ve wanted to for a long time. When after some 3 albums we started giving ourselves the freedom to do different sort of stuff and let go of the boundaries that we gave ourselves we’ve been venturing into different directions, while still retaining the Swallow The Sun sound.“

The new material sounds roundabout authentic, even in the most tragic and longing sequences; seems, you guys got together anew in perfect moods!

„We’ve always aimed to not force any music out of ourselves, but it has to come naturally, so I guess authenticity comes with that. I was curious how we would be able to pull of the last album with the long songs, but it turned out great – I think it’s my favourite out of the three at the moment.“

After all the years, what counts most for you in making music with Swallow The Sun? Mainly to get deep into visions of some kind of dark and sorrowful abysses?

„It has become a way of life. It’s an outlet. It’s very personal these days.“

Epic, touching, atmospheric … a delicious feast for lovers of such ‚swallowing‘ Metal. Who wrote most of the new songs and how difficult was it, to collect all to an good fitting, homogenous experience? 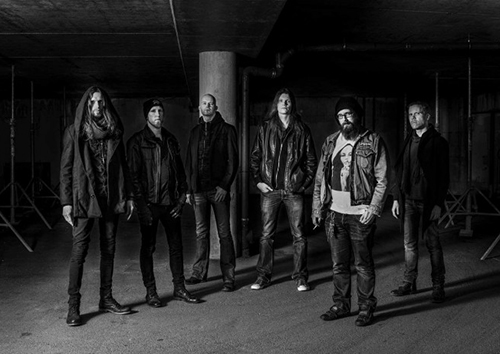 „As you know, Juha Raivio, our guitar player, wrote all the music for the new album. I believe it came kinda naturally, after we decided to extend our sound towards extremes.“

How long did last the songwriting for the new material?

„I think the demos for most of the songs were ready already a few years ago, so in theory it took less time than one would expect, but we didn’t finish them until we dealt with some label trouble. After that it took about 5 months of arrangement and studio work.“

Is it allowed to ask you deeper about special musical influences which led to the new songs?

„Honestly I don’t exactly know if there’s any specific bands Juha’s been listening to – except for the obvious – but I think I hear lots of these shoegazy and atmospheric bands on the second one, say Sigur Rós and Alcest, and then some doomier ones on the third one.“

What's your very own personal view about the ‚artistic spirit‘ of these new, triple album release?

„I think it turned out great. It has insane contrasts – take a listen at the last song of the second album and the first song of the third album – but still manages to sound like the same band at all times.“

Which noteworthy (small) differences to the previous album(s) are waiting now for all the curious listeners? Please tell a bit deeper about the newest material! 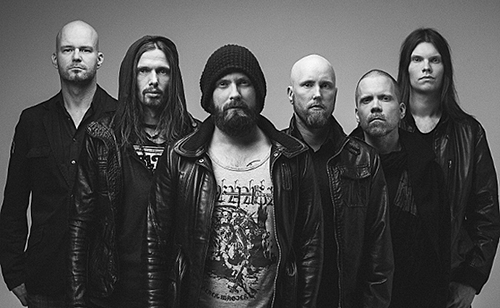 „I think one of the most notable things about the new album is that Mikko’s singing is exceptional these days. His delivery has been good for years, but I think he got on to a whole new level on this one. Otherwise, I think this relates to our previous stuff pretty well – first album has some new influences, this sort of new kind of tonality and rhythmic character that kinda reminds me of later Katatonia; the second album relates directly to our previous more acoustic stuff like ‚This Cut Is The Deepest‘, being acoustic, but not Bob Dylan kind of acoustic; and the third one relates to our longer, doomier songs, such as ‚Doomed To Walk This Earth‘, but taking it further in every sense.“

„In a sense. There’s no interconnecting story within or between the albums, but they all reflect the same origins.“

What deeper meaning does have the album title and who had the idea for it?

„I think it was Juha’s idea, and I didn’t like it too much in the beginning, but the more I thought about the more I started to like it. It describes perfectly the album triplet, these are Songs From The North, in all their variety.“

What is the main lyrical content on „Songs From The North I, II & III“?

„I think there’s lots of connections to our previous stuff, which has often been these story-telling oriented stuff, but this time there’s way more personal stuff, especially on the third one, and the second album is very nature-oriented.“