Founded at the turn of the last millennium, these Finnish dark-kings soon reached an absolute cult status in sworn Doom Death Metal circles.

And rightly so, because the profound group around singer Mikko Kotamäki understands his craft.

The manic melancholic compositions also benefit from such a high degree of versatility on the brand-new, heart-rending studio album „Plague Of Butterflies“. Originally written for a major ballet project, the hungry sun-swallower sextet could use his intended songs after the unexpectedly premature dissolution of said dance story for itself.

Strong moving, even depressing musical moments were created by Swallow The Sun. But guitarist and band founder Juha Raivio stands upright for me shortly. 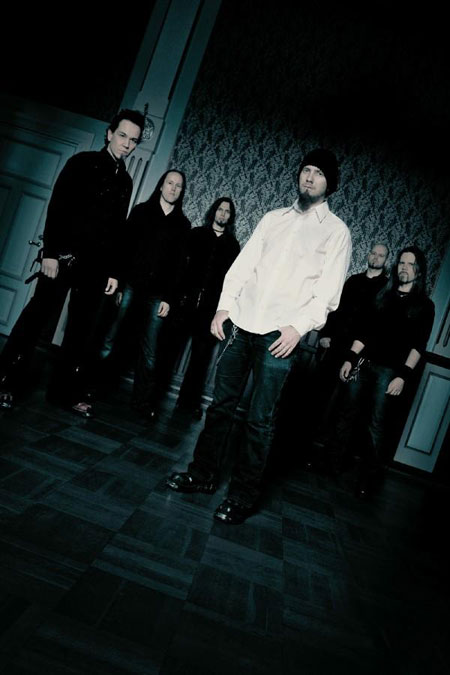 Please tell a ´bit about the usual songwriting process!

„Well, I do the songs in my house with little 4-track machine and then go to our other guitarist house to do proper demos out of them with computer drums etc. Then I just give the CD with the demos to the boys and we rehearse them together for the real studio. I usually start the writing from song name or then couple lines of lyrics that come to my mind and work the whole theme and atmosphere from there for the songs.“

How would you describe your working style for the new songs?

„Its so strange… I can watch TV, listen radio or CD or do what ever at the same time im doing music, and just wait for the right notes in my head and try them out when the feeling is right. I like to write at nights and really early morning.“

Which is still your most important rite in the songwriting process for Swallow The Sun, to summon the ancient inner creative forces?

„I got these pictures in my mind when doing the music, its lots about the landscapes of Finland, woods, winter, summer and the lakes. Theres this strange gloom around this land through all the seasons, so its a good creative force.“

Which artistic ways are you still seeking with your songs, and why do you make this kind of music?

„I don’t give my self any limits how we should sound like or what we should do to please people, only thing is get this side away from my system so I don’t end up killing people or loose last drops of my sanity, heh, so guess this is more therapy than a band. Therapy group that don’t speak together, haha!“

Does the dark Metal spirit rule your daily life as well?

„We are not gloomy people outside the band and theres no use to be because we can put loads of pain and darker side into this music. Sometimes this side got stronger grip on you, but then you just try to push it away, this is too dark country to have it on your shoulder all the time, its not healthy.“

What is behind the album title?

„This song is a story about a hermit living deep in the woods and about his thoughts of loneliness and death. Basically its a sad story of this old man in the woods and the plague that is harvesting the village near by, sad sad story.“

What is the greatest fact within all your created music for you?

„Trying to let all the pain and darkness out from you, thats the meaning and reason for this band. Nothing else.“ 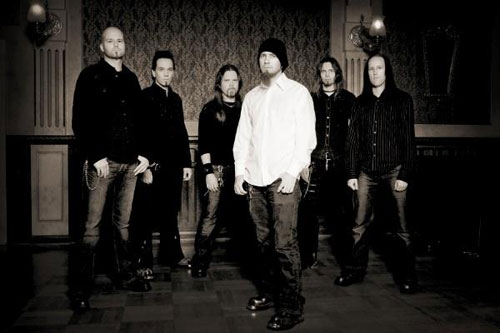 As it seems, this time a lot of value was placed on atmospheric passages ... what is your ideal song on the new release?

„Atmosphere is the most important thing in music; who cares about ‚can you play like the greatest player in the world‘ if you don’t get feeling in your playing or in the songs. Music is for rising up emotions, not to listen in an elevator.“

Please give examples of ideas you have had or implemented for your new music!

„I want us to go even deeper to the atmosphere of the music. I always feel like these songs are short movies or something. We are planning to do short movie about plague of butterflies, so maybe in the future we don’t release albums but films, that would be quite expensive, haha.“

Your proudest achievement so far?

„To get mails from people telling stories about their lives and how our music has changed something or made them feel better, thats always the thing that moves me most.”

Who are your favourite bands and why, any personal heroes among them?

„I love bands like Type O Negative, Rush, old Marillion, My Dying Bride, Iron Maiden, Candlemass etc... I think that if I could make such a good album as Type O Negative’s „October Rust”, then I could stop doing music. But its impossible to do!“

„As I told there are no limits what we can do, but I still think we will sound as a Death/Doom band until the end. But I don’t want to be limited only because what people want from us really.“ 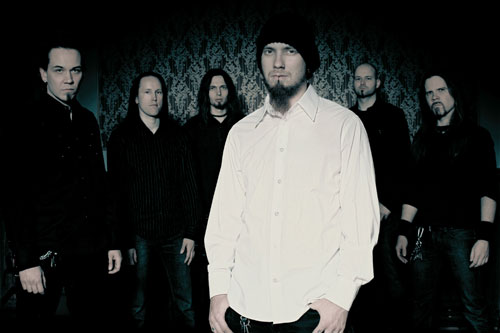 How big do you ultimately want to become in ‚music-biz’?

„You have to be realistic with this kind of music because it will always stay underground. But would be good to be able to pay your bills with this; now at the moment I don’t even got my own home because doing music.“

What can you do for the fans with your newest music what other candidates out of the genre can't?

„I think that we have something in our music that can touch lots of different kind of people. Even there’s really Black Metal kind of vocals in new Swallow The Sun, still many people that like softer music has been liking the band, so I’m glad we don’t touch only Death/Doom audience but got even bigger crowd.“

What do you think about music industry?

„I know everyone try to survive on this industry and its been getting harder for labels and bands to get their share, but there´s nothing you can do than hoping that people would understand the damage they do when downloading the albums and leaving the CD´s in the store. Its good promotion, too, to get all the music from the net, but soon it’s impossible to do albums at all when money runs out. I still feel that people will start to support bands in the future more when they understand the huge work behind it, no one is coming to their home and get the money free out of their wallets after paycheck anyway.“