This is precisely the pleasure of these two Norwegians. Their current debut longplay discus „Helvete 666“ fortunately is much more imaginative than its title. The causative duo of enthusiasts seems formally to die with sheer gloomy mood for ,its‘ sound.

And Svartskogg's throat torturer Forrykt knows with multi-instrumentalist named Disease a damn fit musicians at his side. For the most technically remarkably disciplined Disease functions here both as brisk guitar tormentor, motion joyful drummer and as hard pumping woofer in a person. 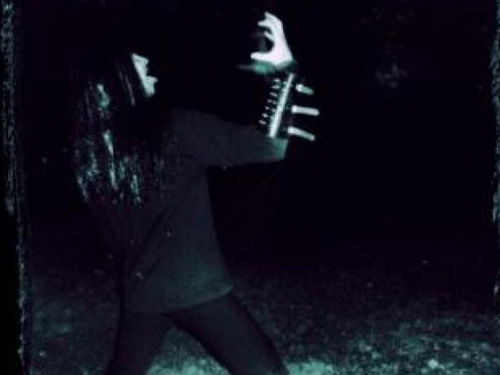 Disease, how do you doing at the moment?

„Hi Markus! How you doing, man? We're so busy right now because we are recording the second full length. We are doing the best to release something faster, more raw and unbeatable! We want to record something very close to first Slayer albums! We already have the title: "Hell Is Not Black Enough". It stinks of 80's, as the debut CD! We are both very happy for the great scores we are having in every magazine and website! What a satisfaction!”

„We are working well together because we point to the same aim. We both want to release a thrash metal cd with grim voice and an old style attitude! We both hate the modern guitar sound, too digital and compressed! We like the old feeling! Just a beer, a BC Rich guitar, one "metal zone" pedal, a drum kit and here we go! We really like only old bands! We don't find interesting the new bands. Noone will ever release great cd's like "Reign In Blood" (Slayer) or "The Years Of Decay" (Overkill). Our music is for those that love the 80's... well, here we are to fill in your ears with thundering raw thrash metal!”

What is to tell about the new CD in general?

„The album is made of 8 tracks. It starts with "The Beyond", perfect opener for a thrash metal album. It's fast but it also has many mid tempos that give the possibility of some headbaging.It is also the new song ever written and recorded with the new Svartskogg attitude, far from the past. "New Flesh" is like a tribute to the band Benediction. We love that band and this song could remind their music. The label has used this song as free mp3 to advertise the band. Just check www.perishinlight.de and listen to this song and enjoy the headbanging! "The New World Order" is my favourite because it has many guitar works, solos and remind me old Carcass... I think it's the most representative song to describe Svartskogg music. "Exterminator Angel" is very aggressive and it's Forrykt's favourite song! It's very powerful and presents many complicated guitar works! It has been the last song recorded for this album so we were a bit tired but the result is like we wanted! "Abyss Of Blood" is the thrash black metal manifesto! We are not a live band but I'm sure that to play this song live would have been incredible! In the guitar solo I have made a tribute to Kirk Hammet using his style. "Swallow The Blades" is almost slow but it's good because it give some changing to the high speed songs listened until now. It' s for a slow headbanging with a very marked tempo! "Helvete 666" is the titletrack. I love the chorus of the song because we have together shouted "Helvete 666" to the micro, it has linked us together more than ever! We could fell a negative energy around us, an evil energy, never felt so strong in my life! Pomp up the volume when you listen to the chorus and scream Helvete 666!!! "Delirium" is instead a tribute to one of my favourite band called Katatonia. This is why you can hear a particular mood, a slow tempo and the guitars played in that way!”

Please tell about the lyrical contents of the album!

„Forrykt's lyrics deal with themes more related to Black Metal rather than Thrash Metal. He talks of death, Satan and inner fears of human beings.”

How much are you satisfied with the new songs?

„We are 100 % satisfied of this album! It came out the way we wanted! And what makes me happier is the fact that also the new album that we are recording is coming out in a perfect way! We will be a lucky band!”

What contains a really good song of Svartskogg in your opinion?

„First of all must be a raw sound very close to the 80's. The guitar works must be excellent, with solos and many changes. The drums must be fast and marked. The voice (grim or clean) must give a sense of anxiety. And last but not least, people that listen to our music must bang the fucking head, otherwise it means that there's something wrong in the song!” 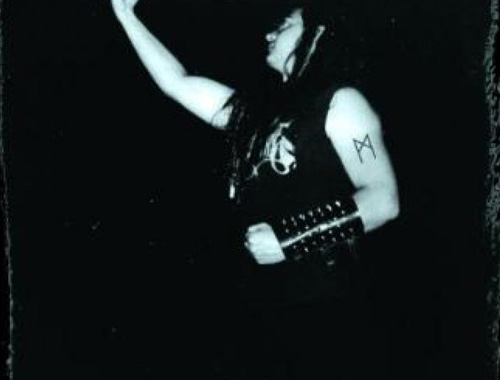 „We didn´t find any human being so good to play with us, so no gigs, man! We are a studio band until now!”

„Sincerely speaking we would be interested in big festivals only! But we prefer to stay in the studio to record the whole day! Who knows? Probably in the future...”

Which was your first self bought album with Rock/Metal?

„I love this question! Well, in 1986 when I was 10, I bought "Somewhere In Time" because I enjoyed that CD cover! I didn´t know what Metal was! I thought it was the soundtrack of a horror movie! From that moment a new world appeared before my eyes! Forrykt bought in 1990, when he was 9, Megadeth´s "Rust In Peace". Great beginning for him, no?”

In what philosophy of life do you believe?

„I believe in myself. I deny the existence of every kind of god. There is me with all my feelings, my problems, my joy. Death means the end of all. The purpose of my life is to have fun and look for the best for my senses. (Drink, Fuck, Play! Ehehe) Forrykt is mainly a Satanist. He believes in the existence of God and Satan, good and evil and has decided to embrace evilness in his life. He is much more metaphysical than me. I'm like a dog, he's some kind of philosopher.”

What do you do mainly besides playing music day by day?

„Well I go to work because I have a house to pay, a dog to feed, a computer to update every month (ehehe) so I need to work to do all these things. If one day I'll sell so many cd's to live as a musician I'll live a happy life! Forrykt spends his day doing absolutely nothing! He has no job, is a parasite of society and I'm forced to pay the beer for him! Holy shit I told him so many times: `go and get a job!`, but he hates to work.”

„I'd like to play in a band like Iron Maiden, known in the whole world, worshipped by everyone. Forrykt 's dream is to sing with Sodom, his favourite band!”

„I hate all religions! So many people are dying for religions. Why do I have to kill someone else in the name of a god that I have never seen? Who told me that your god is true whereas another god is untrue? Gods are created by men's will and this is the first wrong step. An imperfect being like a man has nothing to do with the perfection (god) so how can god being created by the imperfect beings called men?”

„First of all we want to release the second CD "Hell Is Not Black Enough" then we'll start dealing with other labels to release the third album because we have contract with Perish In Light Records for 2 CDs! It's a good label and we wanna keep on working with them. Thanx, Markus, for your interest in Svartskogg.”