When these four wild Russian bullies get its instruments into the hands collectively, then nothing could stop their highly explosive Epic Folk Black Metal!

2007 saw the release of their debut full-length „Kom I Min Kittel“. Now the humorous Russians of Svartby attack the ears with the album successor „Riv, Hugg Och Bit“.

Lyricist and keyboarder Giftsvamp doesn't beat around the bush. Hey Giftsvamp, here in Germany’s more and more corrupted TV news people have to face the whole day, how terrible and dangerous it must be to live in Russia. The truth? 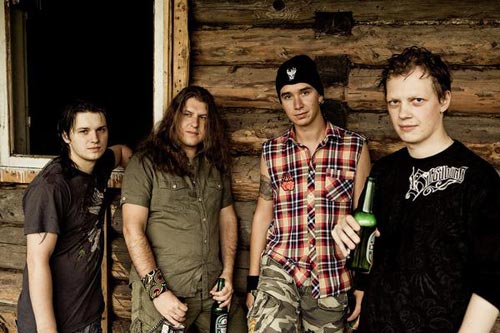 „That’s a “trolling” question I suppose, hehe. There are crimes and whatever, but it happens in all countries I think. It’s quite ok to live here, we’re not starving at all, we eat, drink, work, marry, have kids (well, as for kids - not Svartby – at the moment), visit gigs, have vacations abroad… Everything‘s not worse or better than in Europe I think. If you watch news, you must know that they stress the disasters of course, so it may seem awful.“

What’s your personal view about the social situation in your country?

„Quite fine. When you have a good job, you can live fine. If you want to be lazy or feel ok earning little money – you’ll have no money and good life. Whether it is world economy crisis or not.“

Do you consume TV, radio and newspapers, with all of their targeted spread cruel „news”?

„We don’t watch TV. Internet and DVD’s are quite enough to replace anything that comes out of a “zombing-box”. The only channel that I sometimes switch on for bumbling around my ears while I do something is “2x2”. A special channel where toons like The Simpsons, Robot Chicken, South Park, Family Guy, 12 oz. Mouse and other trash cartoons are played non-stop 24 hours a day.“

Which is your preferred Vodka?

„For me (and many Russians, especially young Russians) vodka is a traditional drink for funeral occasion. In normal life we prefer whatever other drinks. Finns like vodka more than Russians, that’s true. Stereotypes are for suckers.“ 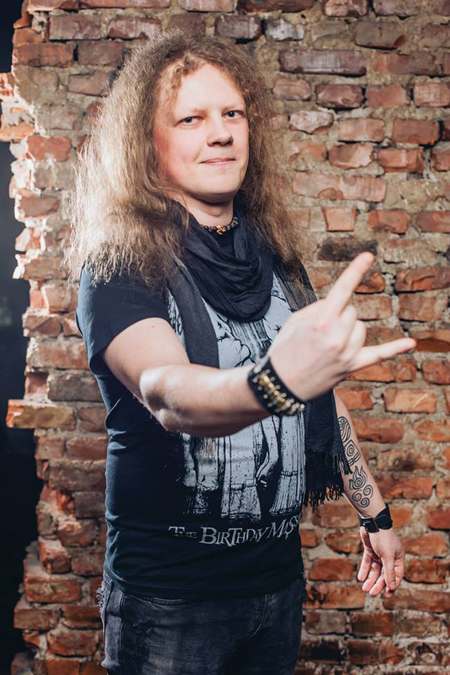 „I like local dark one, brewed in Saint-Petersburg and sold only in bars.“

„If they have talent, it’s called “evolution”. If they don’t, it’s called shit, whatever style they play. Tiamat, one of my favourite bands, evolved from Doom Metal to psychedelic to mid-tempo dj-dj-dj semi-Gothic Rock. They were great in all their alter ego. I mean, you can’t jump over yourself. If you feel like you want to play this kind of music – so here you go. If you just follow the trend – then it depends on your talent, whether it’ll be cool or not.“

What do you think, why so rare bands play really good and original Metal nowadays? Is it a question of the broad range of inner views and feelings?

„I’d say it’s a question of narrow range of inner views and feelings. I know some guys who listen to only Viking Metal for example, so when they create a band, they don’t have any other ideas in their heads. All you need to do is to listen to different music styles. As for lyrics – well, I’ve always considered them to be in a second place after the music. Though I like when a band or an album is conceptual.“

What drives you to create such Metal music?

„Cartoons, surely cartoons. Fairy-tales and fantasy cartoons. I like monsters there, funny ones too, they inspire me greatly. Nothing can bring more creativity in my head than watching some amazing, well drawn world with bright characters. Video games sometimes, but less than cartoons.“

Do you have a dedicated fan-base in your country?

„Yes, of course we do. Can’t tell you how many, we didn’t count them.“

Which are your favourite metal acts?

„Many of them. To large extent, Folk Metal bands. Though I listen to almost any music, from pop-music and soundtracks to the most raw and brutal Death Metal and Black Metal. It’s all coming with the mood.“

The new Svartby output „Riv, Hugg Och Bit” - what's your own objective view about it to date?

„Well, it appeared to be very complex, like a beautiful web, we wove every note of it. There’s much symphonism, it’s more for listening and understanding rather than for skipping tracks. We did a very good job, and are proud with it for 100 %.“

With which expectation(s) began the writing of the music for „Riv, Hugg Och Bit”?

„Not any specific expectations… It’s like you feel that you must go and write a song right now. Then the ideas just grow, chewed and a song is born. We played some songs from “Riv, Hugg Och Bit” at gigs even before our first album was ready, and some were finished two months before the recording – so it’s a long period. I mean, you can’t tell that we wrote these songs in some special time.“ 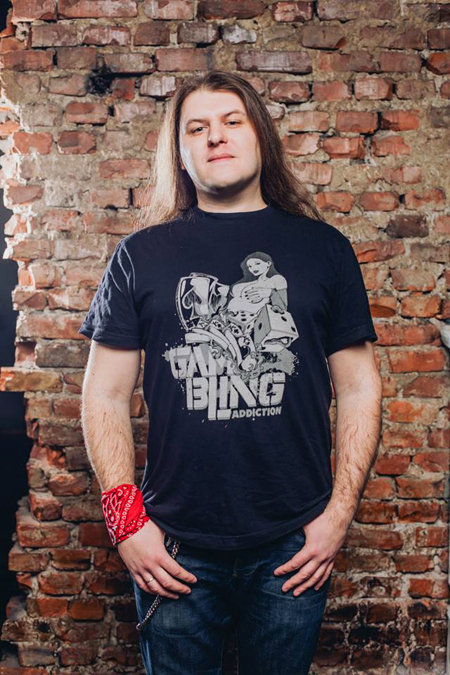 Which noteworthy differences to the previous release are waiting now for the listeners?

„As I mentioned previously, it’s a more thoughtful album, it’s more complex, more lyrical and more brutal. You could definitely recognize Svartby’s style here – as it’s purified from the influences. We like to call our style “Svartcore” – so that’s it.“

From where you`ve got all the ideas for your songs, and when they come regularly at best in your mind?

„For this album – there was a pair of very drunk rehearsals … somebody’s birthdays, as far as I remember. So we discussed what the artwork would be like, and next day these ideas were just fixed and given to an artist.“

„Well, the first album was dedicated to witches of Svartby. This album is all devoted to Svartby’s dwarves – telling different things about how they live, what they think, how they attack humans, how they get into relations… Each song is a small story about a dwarf or several dwarves, so if you want to learn more – you can read the song translations at our web-site, see booklet pictures and plunge into our dwarves’ life. Ah yes, frog riders – are dwarves of course. Big frogs are their transport. And no goblins here )) Maybe later? Not now. I said I like conceptual albums, so that’s it )

Who or what did influence you guys for the lyrics of the new album?

„Dwarves in games, cartoons, fantasy… We never wanted to double for example mythical dwarves, or Tolkien’s ones, or Pratchett’s ones, or dwarves from Snow-White. But all these things influenced of course. And some personal emotions or in-band jokes – I just thought how they could be reflected in lyrics about dwarves. For example, “Ölfrun” song was influenced by situation like when you have a good party and then you wake up next morning with a big hangover, and can’t recognize – who’s the girl’s head that snores near you? Or when I wrote lyrics for “Kvävande Gruvor” – that’s an anthem to “fuck job!” as you sometimes get tired in your office by Friday night and want everything to go to hell. So I imagined that Svartby’s dwarves don’t work in choking mines (not as Snow-White dwarves do, singing “Hey-ho!” songs – no!), they steal and rob from humans in the woods, in the fresh air – and that’s the point. So Svartby’s dwarves aren’t nice, they’re merry, but they’re really evil. And original. Profit!“

Plans for live gigs in 2010? When you’ll come finally to Germany?

„We’d like to! Must sign a contract with a booking agency, it might help. Though people say that gig organizers are afraid to bring a band from Russia (flights are expensive) to Europe. So, demand Svartby in your town – and we’ll blast your stages with our “svartcore”! Thank you!“