Stormwind were founded in 1996 in Stockholm, Sweden and can be described as the brain-child of guitarist and mastermind Thomas Wolf.

Wolf who was Swedish Kyokushin Karate champion and sparring partner of Dolph Lundgren was soon discovered as a brilliant guitar player in Sweden. The debut album „Straight From Your Heart“ was released 1996 in Sweden and Japan.

The fifth release „Reflections“ became the most difficult recording so far with big choirs, classical arrangements and even better production. 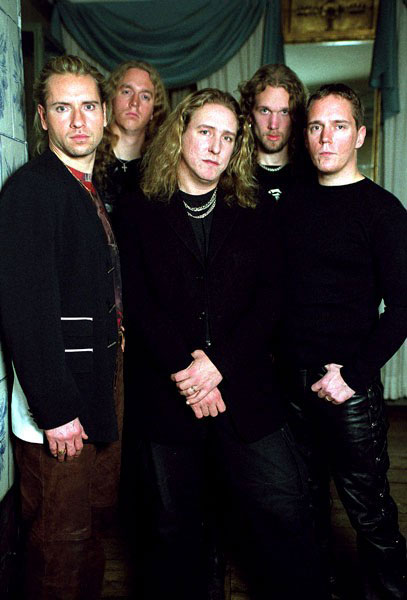 „Reflections“ is a great Melodic Metal adventure from the battering.

Read, what Thomas Wolf, the creative head of Stormwind, feels and thinks about the new release, his band and some other things!

The line-up situation in the band hasn´t changed since a few years.

The band´s name comes out of very a interesting cause and has not only a hypothetic meaning for Thomas.

„The name Stormwind came up 1995 found one stormy night at the shorecliffs in the south of France! The name included the power of one of the natures element!”

„The album titel is based on the idea that the songs have a historical `Reflection` with it´s own intro. The frontcover is our `Royal Tiger´ on a medaillon in a wasteland with the the Roman `War of Troy´ colons´ on the sides!”

The lyrical contents in Stormwind‘s marvellous songs are very deep in history.

„Well, I think that it´s more interesting to show a mysterious side ... as we have so much of that in our own history! Stormwind had a lot of historical stories in fallen cultures and battles in the lyrics but also a positive philosophy as Zen philosophy... which is all about `catching the day´! I learned a lot of that in the karate and believe that `Nothing is impossible ... for a willing mind´!”

Thomas is a real multitalent:

„I compose and arrange normally all the music in Stormwind. In `Reflections´ have kaspar and Thomas V. composed two songs together with me which was a good experience. I usually write and make a demo in my home studio and then we arrange it in our rehearsal room before the recordings.”

The sympathic bandleader made again all the lyrics for the new tracks.

„I write all the lyrics (except track 9 - Thomas Vikström, Track 5 - Wolf/Dahlqvist). I always write the lyrics after the music and got already the story or feeling for the song. I am very disciplined regarding the lyrics so I usually say: Thomas... focus... Friday... lyrics time!” 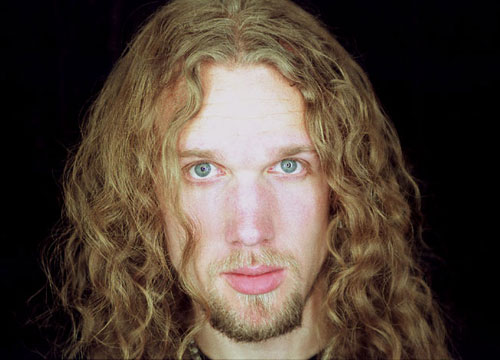 Thomas is so kind and explains the songs on the album with his own words:

„`Genesis` is the Instrumental intro.. which begin with a oriental ramarat and drums! `War Of Troy` is a fast Melodic Power Metal song with big choir and battering guitars. The story is about the fall of Troy with the wooden horse that no one feared which conquered Troy with it´s soldiers during the night. Although, Troy was sieged in ten years! `The Man Behind The Iron Mask` is a melodic mid-tempo song is about one of the biggest mysteries in history! In 1698 was a man inprisoned in the `Bastille´ with a Iron mask and no one knowed his identity, however , even the governor of St. Marguerite called him: My prince ... and his was dressed in lace!? One of my favourites on the new album. `Reflections` is the title song which is a very progressive song with 2 choruses! The lyrics is about reflections in your life in both good and bad things. I guess that´s a way to see things clearer and avoid mistakes that you already done! `Illusion` is a fast progressive song with lyrics about reveiling the illusion that stop us to find the way! `Golden Tears` is the balad on `Reflections`. Also one of my favourites. With a melancholic sound and with 12 string and chello. The song is about golden tears of a broken relation... It´s about lies you never saw or heard! `Queen Of Nine Days` is a fast song about Lady Jane in 1537, which became Queen of nine days before Lady Mary took the throne back with her army! Again one of my favourites. `Dynasty` is a slow progressive AOR song which honored the loyalty of dynasties as the Grimaldy Family who survived in 700 years and still are strong! `Assassin Of Honour is a fast melodic song about the threat of murder as assassin of honour which really is happening out there. `Ramses` is the most powerful mid tempo song in 2001! My favourite about the Ramses era in Egypt which also mentioned the pargements of the gospel of St.Thomas. A revelation of mankind even that it was found in 1945!” 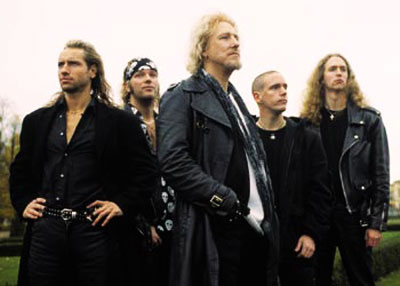 The Melodic Metal scene of the present is very strong with great musicians as he thinks.

„I guess bands like Dream Theater and Queensrÿche keeping their leading positions. And bands like Stratovarius, Stormwind or Edguy ... picking new fans all the time!”

Live on stage feels always better for him as to play in a studio. Thomas:

„I hope that some promoters could give us that possibility next year as we will play on a Scandinavian tour in November during the release. Stormwind are such a dynamic live band with one of the best musicians in Sweden.”

Primary plans for the future?

„After the release of `Reflections` am I going to do some Film music and next year are we working on the next Stormwind album which will be a koncept album ... release in 2003!”

At the end of the interview it´s time for some words to fans and followers:

„Prepare for the Storm...! The Royal Tiger of Stormwind has landed... `Reflections` are here to show you real Melodic Metal!”