Experienced hardrockers and also Heavy Metal fans know this man for its wonderfully powerful voice presentations through its achievements at the three legendary groups Grim Reaper, Onslaught and Lionsheart. 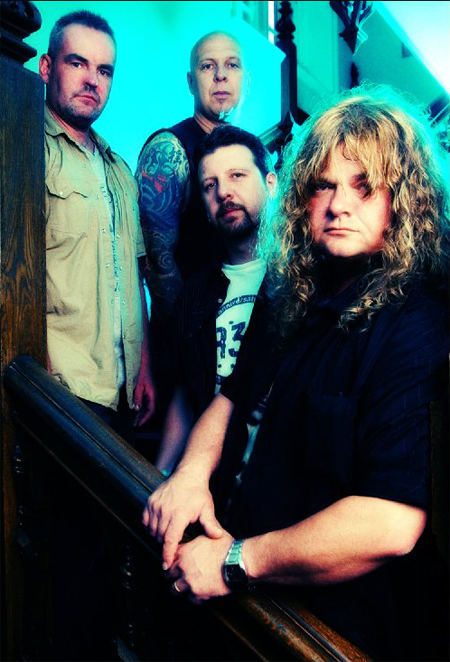 Hello Steve, could you please give a short review about the past years of your history as a musician for all those, who don't know you yet?

„I was in several local bands in late 70’s early 80’s before joining Nick Bowcott and Grim Reaper. We toured the states for 3 years with 3 albums `See You in Hell`, `Fear No Evil`, and `Rock You To Hell`. In 1989 I joined Onslaught to do the `In Search Of Sanity` album. That wasn’t to last too long. I met the Owers twins and formed Lionsheart. We did one album with them, and four albums in total with different musicians, then took a break for a while. Went out to Europe several times and did a few Grim Reaper sets, then 2006 formed the Steve Grimmett Band.”

„Played the Texxas Jam in 1985 with Grim Reaper, the biggest show I’ve done. Performed to 83,000 people. With Lionsheart, going straight to number one in the Japanese charts with the first album.“

Which is still your most inner driving force to create hard music?

„It’s in my blood. I enjoy recording and playing live.“

Four experienced musicians in one band-team – isn´t it difficult sometimes, to get all the ideas fitting together realized?

„No, not at all. For the first time in my career I have three other musicians pulling in the same direction, all wanting the same things out of this album. Its a total pleasure to work with the other three guys. As far as writing is concerned, it’s the easiest environment I’ve ever worked in.”

Let's talk straight about your new album „Personal Crisis“; what's behind all this? With which expectation(s) have you begun on writing music for this album?

„We started off talking about writing another album and taking it down possibly the Grim Reaper avenue, but it was quite evident that we had formed our own sound and style.”

Has the title „Personal Crisis“ any special personal meaning?

„While we’ve all been through Personal Crisis, it wasn’t until the band began working with someone who claimed he was having one that we came up with the title.” 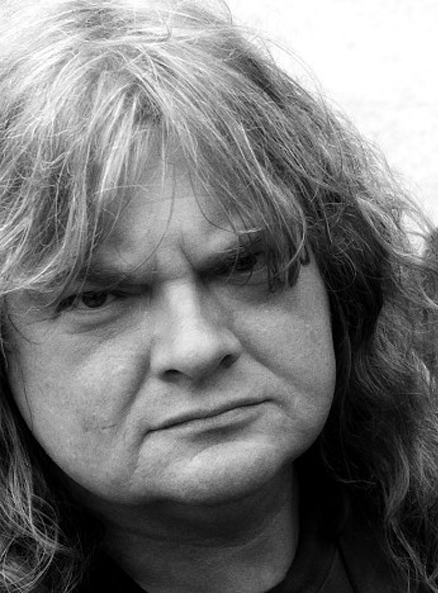 Who or what influenced you in writing the lyrics for „Personal Crisis“? And what are they exactly all about? Is it a concept album?

„No, not a concept album by any stretch of the imagination. Some of the lyrics are drawn from life, and some are from experiences of other people. The lyrics in any particular song aren’t about any body or anything specific, just ideas of stories really.”

What do you want to tell the listeners with your new music and lyrics?

„Basically, if you take eacho song on it’s own, the song is it’s own personal crisis.”

„All of us have many different influences, mine are many as far as rock and pop. As far as specific influences with writing my own material, I have none. That’s why I think I’ve always managed to be different.”

What can you tell mainly about the recording- and production-time in the studio with Dennis Ward and Pete Newdeck?

„Pete asked us if he could produce the album. We thought it would be a good idea, so we went with it. The one thing he insisted on was that we would use Dennis Ward to mix the album. I thought it would be a good idea as the demos I thought were good anyway, I started listening to Dennis’s mixes, and couldn’t wait to hear the songs with Dennis’s magic. It was inspirational doing the vocals with Dennis and Pete in Germany. Because of this I ended up doing the main vocals in four days, I think you would agree it is my best performance to date. So all in all it went smoothly.“

What can you tell about the two guest-musicians Eric Ragno and Carsten Schulz?

„Eric Ragono and Carsten Schulz were two guys that Pete has worked with before. When they were approached, they said yes and couldn’t wait to start work on it. Carsten joined us in Dennis’s studio in Germany. Eric did his parts in the states. I’d like to personally thank them both for doing such a great job.“

Do you have plans for live gigs in Germany? Plans for a tour?

„We will be playing in Germany early 2008. Nothing has been finalised just yet, but I think they would be festivals rather than a tour.“ 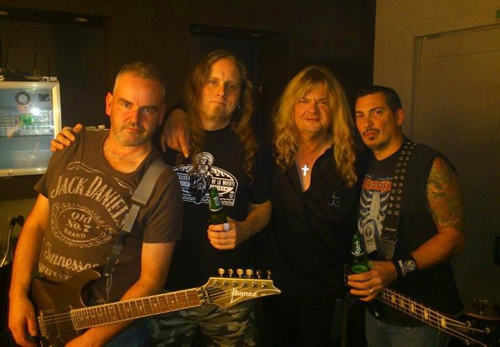 What's your opinion about the German Hardrock- and Metal-Scene?

„To be quite honest with you, the reason `Personal Crisis` is now completed is because of us playing the Keep It True Festival 2006. I was totally blown away by the fact that they are still into their Rock in such a way. It truly was an inspiration for `Personal Crisis`.”

What do you think about nowadays bands which do mostly anything (even change the style of music) just to become and stay popular?

„In my opinion if you’ve gotta change to stay popular, you are wasting your time. If you are trying to be like someone else, always remember they can do it better than you. I have never ever done that to stay in vogue ´cause I think if you change your style your music becomes soulless.”

„My favourite beer is real ale. Something I’ve never seen in Europe. There are some fantastic different tasting beers and real ales around, and my lifetime’s ambition is to try them all.”

Which CDs are rotating most in your Player?

„The last one that was in my player was Ozzy Osbourne‘s `Black Rain`. As I’ve been doing a lot of production and mixing myself recently, I haven’t had the opportunity to listen to very much.”