This unique Swedish Melodic Dark Metal-Band was founded in early 2002. After some first Gigs, which were played in and around Stockholm, Slumber recorded the demo „Seclusion“ in June 2003, which was sent to various labels. Now its sensational grandiose debut album „Fallout“ appears, that became an extremely emotional, atmospheric and partly doomy matter, inclusive finest arrangements.

Musically like a completely charming mix out of the best creative moments of acts as well as Mercenary and old Katatonia, the melodramatic longing songs of these incidentally sensitive Swedes go deeply under the skin.

Therefore I am simply forced to have a very interesting conversation with keyboarder Ehsan Kalantarpour. 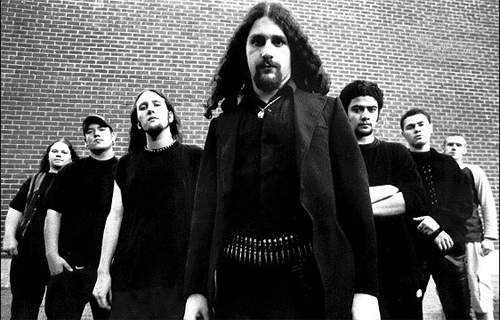 Hello Ehsan, please give a little retrospective of Slumber!

„We started out in early 2002, mostly as a sideproject. Me, guitarist Jari and vocalist Siavosh just wanted to play with each other some and see what could be shaped. The very first night we sat down and played we discovered that we had very easy to collaborate and the music was so much higher than our expectations. So naturally, we followed common sense and got together very soon again to create some tunes. Made our first demo "Dreamscape" six months later. We weren't very satisfied with the results as we felt we could do much better. By now things were getting serious, we recruited some very talented musicians to join the crew. Ted Larson on drums, Mikael Brunkvist on bass and Daniel Albertsson on guitar. We kept on writing new material, and recorded the second demo "Seclusion" summer 2003. We sent the demo to four or five labels. Karmageddon Media got in touch and asked us to marry them, and we said yes. It was all very romantic. Even you would blush. We started working on making the two demos sound as one unit. In early 2004 we went to Panic Room Studio and recorded all the songs during two intense weeks. And well, now here we are.“

Where is Slumber located and what‘s your daily life?

„We all live in Stockholm and some of us are full time busy. Studies, work and Slumber hardly leaves any time left to other things, like measuring the cock every hour to see if it's still growing.“ 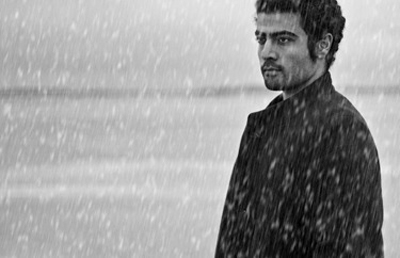 What´s your own opinion about „Fallout“?

„It's good, but we can do much much better now. We have evolved and matured a lot since „Fallout“. Next one, that will probably be recorded in summer 2005, is really going to blow your minds away I promise you that.“

Which moods led to the decision, to play such emotional and agonish Melodic Dark Metal?

„I guess it's depression that colours our music the most. We created what felt right for us. Everybody who's into music has a story to tell, and it's told through the music he or she creates. Our story is something we ourselves can relate to very personally of course. We tell our very dark and painful story through atmospheric harmony though. Life has been pretty hard, but there has been good times too, so naturally the music can't be all bad. The contrast is a very vital part of our sound. It's what we characterize ourselves with, whether you've noticed it yet or not.“

„It makes me feel like a prostitute answering this question but I'll try. I'm born in Iran and fled here to Sweden from the war with Iraq when I was six. Had a kind of troublesome growth, always seeking to raise hell. Drugs started to make an entrance in my life so things really got out of my control. Drifting away in a confused and angry mental state. At one point, I realized I had become a full-time criminal and I began thinking about my life for the first time. My only chance out of the misery I had created for myself was to give all my best to music. I stopped being a badboy when my passion for music had become overwhelming. Nowadays, I'm a proud character, wandering about and thinking about music from when I wake up 'til I pass out.“

How did develop the music of Slumber until the current sheer perfect shape?

„It's all because we are so extreme perfectionists and go towards the same musical goal. We all want the exact same thing. The music is all written by me, Jari and Siavosh. When we are writing music we discuss it a lot too. We can sit by each other just discussing one riff for hours and then finally we decide something and begin trying it out. There's a lot music going on in our minds rather than just instruments. You have to think before acting, that goes for music as well. It's not just tunes for us, it's storytelling. And we must tell our story exactly right, leaving nothing to chance. All three of us have extremely high demands on music, so in order for us to satisfy each other we really must do our best. If it's good, it isn't good enough. If it's perfect, it will be perfected. That puts a lot of pressure on ourselves because we have the need to exceed our own abilities all the time, but it's the very same pressure that makes us do our thing so good.“ 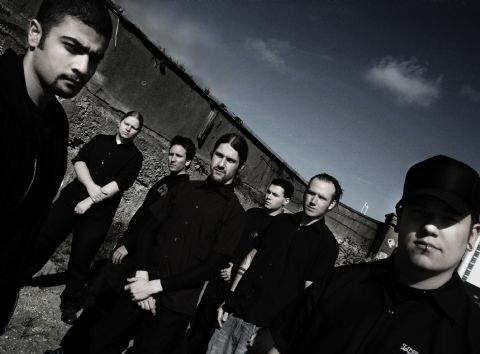 Which feelings do you wish in the listeners minds during they experience your music?

„I think we all agree that Slumber ain´t no party music at all. Slumber is best served at night, before you go to sleep, lying in your bed. I wish that they feel what I feel. Overwhelmed. I want the listener to feel the need to be somewhere else. I'm dreaming myself away to every tune of it, thinking about things that crosses my mind. Places i wish to be. Women I feel very strong for. Things I wish never happened and so on. It's very difficult not dreaming yourself away with our music I guess and hope.“

Which other Metal acts do you like? Which are your faves?

„I don't listen very much to Metal anymore, but there are a few ones I still have enormous respect for and listen to. First of all it's Emperor. In my opinion it's music created by true geniouses of the genre. The other one is Samael. It was their brilliant CD "Passage" that made me start listening to Metal in the first place. Their latest release "Reign Of Light" is a tragedy, lost all their feeling in the music. I recommend all you people out there to check out Godspeed You Black Emperor!. It's not Metal, but if you are fascinated by dark music, you will really enjoy this odessey in musical misery. Their musical world is darker in way that no metal band has ever been able to express in my opinion.”

What has the album title „Fallout” to mean? Main topics of the lyrics?

„I really don't like serving an explanation of our art like it was a happy meal at McDonalds or something. All that is related to Slumber (music, artwork, lyrics) has been worked on a lot (!!), nothing is left to chance, so you have to put a little effort in it yourself if you want to find out the meaning and purpose about stuff we do. We don't do McDonalds "art", and never will.“ 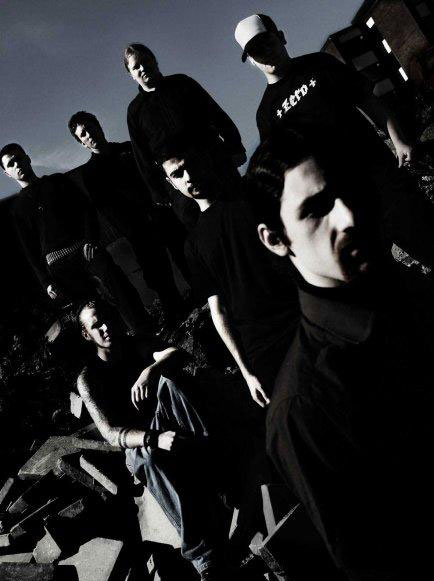 With which feelings were the songs of „Fallout” written?

„Kind of hard to tell exactly what mood we are in, I'll try explaining how we do our music and how we feel when we are doing it, maybe that will answer your question.. Every weekend on friday we gather in our studio, lock ourselves in until sunday night. We strongly believe that we must live with and IN our music in order for us to create it as good as possible. Therefore we have no contact with friends or family during the days we are making music. By locking yourself inside two pretty dark rooms for a couple of days every weekend makes you feel incredibly tired, and sometimes I want nothing else than to just leave the goddamn studio and get out and party, but the fascination of our music is always present, hooking us in. I can't even begin to explain the passion behind all this. We love the music we create together so much that nothing else matters. Even if I want to be somewhere else, I wont. Instead I'll create tunes I can dream myself away too.“

Please report about some influences – musical and lyrical!

„The influences are from many sides of music. We create metal, but most our influences are not even close to metal. Many of you journalists and reviewers say that we sound a lot like older Katatonia. I don't listen to them so I wouldn't know. We have no particular influence because we listen to very different music. The only bands we have in common are Pink Floyd, and Godspeed You Black Emperor. So you'll probably understand it's very difficult for me to namedrop influences because I simply don't give a fuck about what others have done. I'm not trying to imitate anyone. To create music is to bring the echoes of all the music you've ever heard in your life, to reality. Namedropping echoes for us is impossible.“

Worth to mention plans for the future?

„I don't know about the future. All I know right now is that we will keep on working very hard on the new material and really make it a unique and uncomparisoned story. You can expect an extremely powerful followup on "Fallout". Hopefully we will start touring soon also, that depends on how much you want it. You can find more info on what what's happening regarding Slumber at our webpage www.slumber.nu“