The popular Pagan Metal genre - it also attracted the Dutch Slechtvalk quickly under its martial and gloomy enlightening spell.

Chance seems their stunningly dramatic art of playing even suitable as a monumental movie soundscape. The current third Slechtvalk album „At The Dawn Of War“ crashes quite well. The any time intensive work meets not less cravings of genre listeners at the same time.

By means of a elaborately thoughtful fantasy concept the belletristic Dutch planeswalker mediate with fervor their own created world of mysticism. And from this I will get Slechtvalk's guitarist and screamer Shamgar right before my interview microphone. 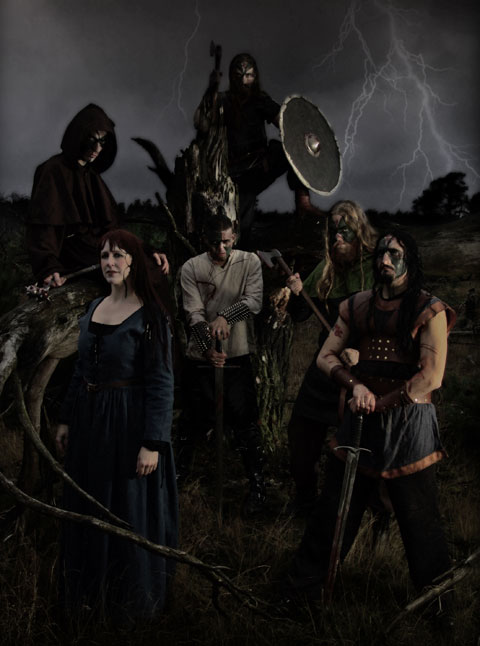 „We are doing well at the moment. We are working hard on new songs and hope to record a new album later this year 2007.“

„Good, we’re all very motivated and are looking forward on recording a new album and playing a lot of concerts.”

What is behind the band name Slechtvalk – a bird of prey?

„Slechtvalk is the Dutch word for ‘Peregrine Falcon’. It’s the fastest bird of prey in existence and has a fierce temperament. It’s because of his temperament I’ve chosen to name my band Slechtvalk.“

How true are the rumors about Christian beliefs inside the band?

Please explain, as some of you may be Christians while they praise the myths and legends of our forefathers!

„As a band we don’t have any religious message. Our lyrics do not appraise any form of religion, but deal with personal issues and experiences. Because Religion has been misused by governments to oppress the people, I believe that everyone should decide for him or herself what deities he or she wants to believe in. We don’t use any existing myths or legends, but we make our own or use historical events as an inspiration for the lyrics. So, I don’t see any contradiction between our lyrics and our personal beliefs.“

How deep is your connection to the ancient mystical tales and legends?

„I find them interesting as they give much insight in how my ancestors looked at nature and the cause of it all, but tradition alone is no reason for me to worship any god, wether Christian, Pagan or Hindu. I am very critical towards things and never assume anything to be true just because someone else says it is. I always do my own research and only accept that which I have concluded to be right.“

„The problem with many people is that they only think of themselves. They don’t care if their quest on getting rich and powerful, condemns others to poverty. But I think all of nature is depraved in the same way. Animals do the same things we do, for example: Male Lions, who take over another pack, kill the children of the previous leader to ensure his own legacy. Young Eagles kill their weaker brothers or sisters if their parents do not provide enough food. So when I look at nature and the cruel things animals do to each other and look at mankind, I have to conclude that the entire world is sick. However, all of mankind, unlike animals, have the ability to reason and think about the effects of their actions, we also have a conscience, which animals do not. This separates us from the rest of nature, but also gives us the responsibility to ignore our rotten instincts and selfish desires and think about the big picture. History is full of examples of people who have put aside their selfishness and dedicated their life to the aid of others. I think we should take such people as an example.“ 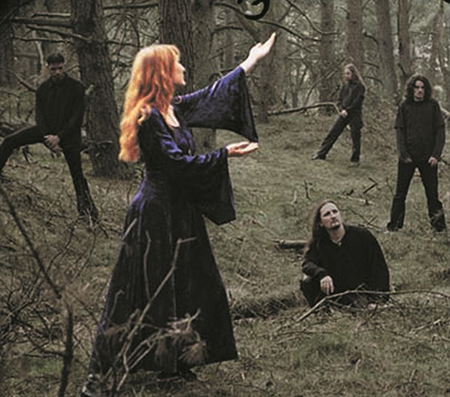 And what do you think about the ongoing desecration of our holy mother earth?

„In my opinion we are all part of nature. As far as I know, mankind are the only species who can reasoning and can fully understand the effects of their actions. As the most dominant species on this planet, I believe we have the responsibility to take good care of our natural environment (For instance our song ‘Under a moonlit Sky’ is dedicated to this).“

Please describe your attitude as musician and your life philosophy!

„I like making music, but some people take things to seriously. I like to hang out with people and respect their opinions even if I disagree with them. I think we’re all equal and will not allow myself to feel better than others, or let others reign over me. Of course, I respect the gouvernment and for example my employer, but that doesn’t mean they are better than me. Even leaders have their responsibilities and can’t just do what they want. As a person, I never take anything for granted. Nor do I assume anything to be true, without first having done my own extensive research in that matter.“

What do you think about religions in general? In the opinion of many thinkers they will bring the mankind some day to an cruel end!

„Those with power, often misuse religion to convert the masses to their ideological cause. In many ways, religion is only a tool for power-hungry dictators to control the mob. Even Atheism is a religion in someway if you look at atheistic societies (like communism in China and former USSR), where Religion is forbidden and people are persecuted for practicing any form of religion. Or look at the Environment-idealists (like Greenpeace) who are very aggressive in their crusade against everything they disagree with. Anything can be turned into a religion whether it is some life-philosophy, a deity, some Football team, Clothing Brand or whatever. To me, religion is: Wanting to control others by imposing your ideologies on them. It has nothing to do with a belief in any god, but rather the desire to be your own god and decide what others should do for you. I think it is good if a person has some personal belief, but it is bad if he wants to force it upon others.”

In the opinion of many wise minds the only God for rotten mankind is dirty money, since it has been invented. For money do 'they' horrible things without regard to humanity … what´s your personal opinion about that topic?

„Money is only a daughter of Greed, which is the son of the lust for power. Most people want to be a god themselves and they think that they can achieve it by collecting all sorts of riches and use it to express their ‘superiority’ above other people. However, they can’t defeat Death, so their quest to become a god will utterly fail and they’ll spend the last minutes of their lives in fear for the unknown.“ 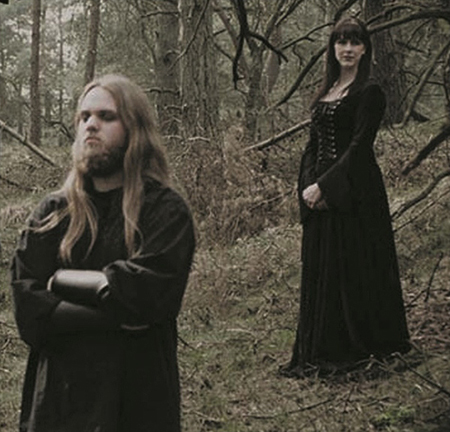 How has been found the musical style of Slechtvalk?

„We do not focus on one specific style, instead we use various elements to make our own distinctive Slechtvalk sound. We use elements of Death Metal, Doom Metal, Folk Metal, Viking Metal, modern Black Metal and classical music, combine them and create something we like. Though the sound of our music may be similar to Black Metal or Viking Metal, I tend to see it much wider. Sometimes we simply call ourselves Dark Metal, because that style-name can mean anything, just like we can sound like anything.“

In which mood do you still get the best creativeness?

„It depends. When I’m happy and enthusiastic, I mostly come up with the most fierce Black Metal riffs or good old school Viking riffs. When I am a bit more mellow, I tend to come up with sorrowfull riffs.“

Please tell some musical influences of the songs!

„Some of my musical influences are: Dawn, Enslaved, old Dimmu Borgir, Immortal Dark Funeral and Amon Amarth. I also listen a lot to classical music and let myself be inspired by the masters of old, because classical music has a lot of depth in it, which I sometimes miss in Metal music. With future releases of Slechtvalk I hope to create more depth using various instruments.“

Please describe the lyrical conception of the release and tell some lyrical influences of the new compositions!

„Most of our lyrics are about personal issues & experiences. I often use the theme ‘war’ to write symbolic stories based on my personal experiences. Lyrically I let myself be inspired by the works of J.R.R. Tolkien or other old-English works.“

What´s special at a show of Slechtvalk?

„That you’ll experience the feeling of being struck in mid air by a ferocious falcon and feel it’s talons pierce your skull.”

„To record several more albums and play a lot more concerts in Germany. The fire is far from extinguished, so I hope to let Slechtvalk hunt for several years more to come.“