The Icelandic Viking Metallers celebrated their tenth anniversary on stage in their home country. So Skálmöld brought the boards in the Gamla Bíó Concert House with three shows to the quake.

The fact that everything there was completely sold out speaks for the popularity of the formation. Now „10 Year Anniversary - Live In Reykjavík“ is released - lead guitarist Þráinn Árni Baldvinsson reports.

Congrats for the 10 years anniversary! How does it feel for you?

„Thank you! We are proud and happy. So many bands live only a couple of years and very few bands survive this long, let alone with original members!!! We decided in the beginning to make sure everybody in the band felt good, everybody would be respectful of each other and always remember that the band is number one! We are all working for the band, if the band is a boat, we all work towards the same direction!“ 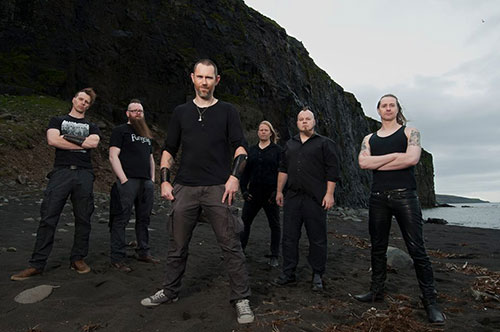 A decade ago it was a truly boom - how do you see the Heathen Metal scene 10 years later now?

„All the bands I know in this category are better today than last year. Every band is growing and the music and the members seem to be growing in such a nice way. It´s good to mature, I hope we are not still releasing the same album year after year.“

The recorded 3 gigs in Gamla Bíó - how do you remember them?

„I loved these shows. The audience was so into it! I thought it would be more difficult emotionally although I have to admit after the second show I got something my eye … it was a bit difficult walking of the stage after that show. But at the same time I realized that this would not be the end for the band, It was obvious from the look of the fans, the tightness of the band etc etc that we would only take a short break. The band would continue. Everything is good!“

How difficult was the final song selection for you as a band?

How much was the recorded material edited afterwards?

„Nothing was edited, nothing was re-recorded. It´s all live, it´s all us 100 %. If you hear a bad note somewhere it´s supposed to be there!“ 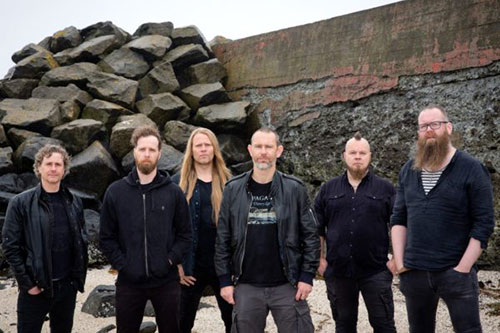 „I think growing up in Iceland you can´t escape your history. Kids are taught the old folksongs in kindergarten and in school you learn about the history, about the people who fought for independence and who suffered through the centuries. You are taught to show some respect to your past. And when you are constantly reminded that you live on an island filled with active volcanoes it leaves a mark on you. If you live in Iceland you become an Icelander, if you move to Iceland it will only take a few years to become a true Icelander because you become one with the island, the nature and society. It´s history absorbs you! You can´t escape it!“

How much are you still interested in the current music world, especially the global Pagan/Viking Metal music scene?

„If the music moves me I´m all in! I love listening to new music but everyday is something different for me. I might be listening to the new Ensiferum album or an old Kreator album. The next day it´s Mozart and then the new song by Finntroll. I listen to music all day everyday and I´m lucky, I teach guitar, so everyday my students tell me about something new in music and I can show them how it´s supposed to be and let them hear some Iron Maiden!“

„Be safe, support your bands by streaming their music, legally, buy band merchandise and hopefully we can start going to concerts soon, that is the best way to enjoy music. But until then, be safe, be nice and stay home!“