Norwegian talent Morten Veland, former vocalist, guitarist, main-songwriter and text-composer of Tristania, has now laid the basis for a new great contribution to the Gothic, Metal and Rock scene. Still sworn to the darker and atmospheric side of the genre, Veland returns now with its brand new band Sirenia.

Everything started early 2001 when Veland parted ways with his former band, due to musical disagreements and personal differences. He was however at this point full of musical ideas, and more than ever burning for music.

The material for the Sirenia debut-album „At Sixes And Sevens” was recorded in French Sound Suite Studios. The female vocals on this album were sung by a fabulous French singer named Fabienne Gondamin. She added a lot of expression to the songs with her delightful voice. 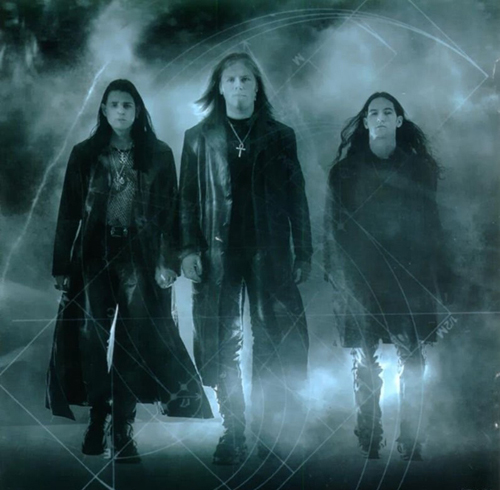 Furthermore Pete Johansen (The Sins Of Thy Beloved) came down to contribute with his violin.

Pete is well known for his characteristic way of handling the violin and he added even more feeling to the new album.

A French choir was also hired to perform several parts on the opus, and the well-educated singers did a wonderful job.

My curiosity about the new Sirenia creations was truly immense. Fortunately I got from master Morten himself a big relief.

What was the most important reason for you to leaving Tristania and what is your opinion about their last album „World Of Glass”?

„When it comes to the split with Tristania I didn't leave the band. It was a rather classical example of what happens to a band as soon as some money gets involved. I was stabbed in the back and kicked out in order for a few of the others to harvest the profit of all my hard work. Just another example of how certain people is willing to walk over dead bodies for money. I'm not judging the whole band on this, cause actually it only concerns 2 of the members. At first after the breakup I though it was hard to bear, cause I've always burned very deeply for that band, and it was pretty much everything for me at that time. But after a little while I actually realized that it was for the best this way, due to different personal reasons, but nowadays I'm just very focused on Sirenia. And I think it's really inspiring to work with new people, and I sort of feel that I have something to prove to myself, but also to all those who might have appreciated my work with Tristania. To answer the other part of your question I think `World Of Glass` however, is a rather poor album, without soul and in lack of good songs.”

Tristania lost their main-songwriter with you. Do you think they have lost also their main force?

„I was their main songwriter and as a consequence of this also their `main force` what creativity concerns. But now that certain force has been passed on to others in the band, and I think that´s why the band is changing a lot in their way of bringing out music.”

Are you very bored - and maybe even pissed - about all those questions about Tristania in most of the newer interviews?

„I can understand that people ask about Tristania, after all it's where I come from. But I now consider the Tristania part an ended chapter for me, so I like to concentrate and focus on Sirenia.” 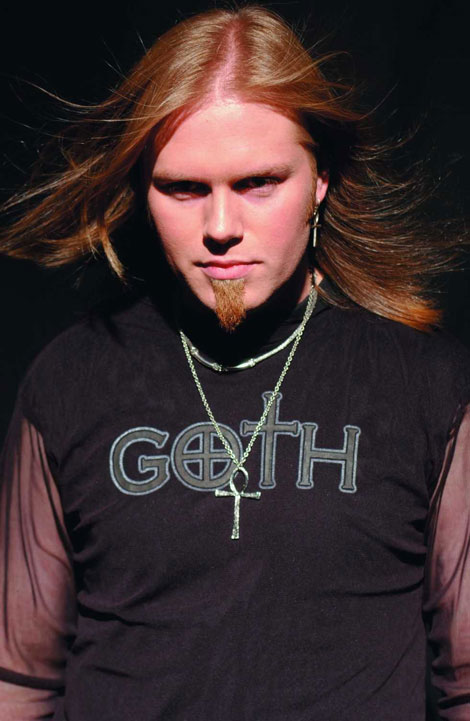 Which were your early and newer idols out of the Metal and Rock scene and which had an influence to Sirenia in more or lesser way?

„I'm pretty much inspired by everything from extreme Black Metal to the most calm classical stuff, so there's a lot of different stuff in there, I can assure. My heart is also planted really good in the Gothic Rock genre. And bands like The Sisters Of Mercy and Fields Of The Nephilim has played an important role in my relationship to music in general. Of the more newer bands I can say that I like Tiamat and Anathema a lot.”

Has changed your taste of music to softer material similar with your rising age?

„I've pretty much been listening to the same style of music for the last 8 years. So I'm not trying to change towards more soft material only. I try to develop into different ways and areas. I'd say that some of the stuff are more aggressive and some more calm and atmospheric. For me it's all about creating new sound-scapes and emotions within my songs.”

Will the current line-up play also in the future together?

„I hope so, I prefer to work with a steady line-up. But of course time changes and it's hard to tell what everyone wants in the future. But the most important thing is to keep a line-up that works well together.”

Your present style of vocalizing seems much more interesting as in the past ... was it hard to develop or came it by nature from deep within your mind?

„For me it came pretty much naturally. When I keep on working with music a certain development just comes by it self. But the most important progression can be credited the fact that I'm using more and new singers. Kristian Gundersen is doing some clean vocals as well, and also session singer Jan Kenneth Barkved (Elusive) are doing some male clean vocals. Furthermore we've used a new up and coming singer called Fabienne Gondamin, to perform all the female melody-lines, she's also adding a lot of new touch to the songs.”

In which musical direction you will go in the future?

„I will just continue in the same direction that I've been keeping more or less throughout my career. It's important for me to keep on exploring new sound-scapes, atmospheres, styles and instruments. And this is what I intend to do in the future as well.”

How is to understand the band name Sirenia? Has it something to do with a warning siren for others in the scene, which lost their believe in Morten Veland after leaving Tristania?

„Hehe, no not really. It's a Greek-mythological name based on the female Sirens who lured men into death with their beautiful singing.”

What means the title of the album - a Poker theme?

„Not really, I was never a good poker-player, I'm not good at any card-game actually, hehe. `At Sixes And Sevens` is an English expression that describes; when something gets to a certain point where everything breaks and falls to pieces.” 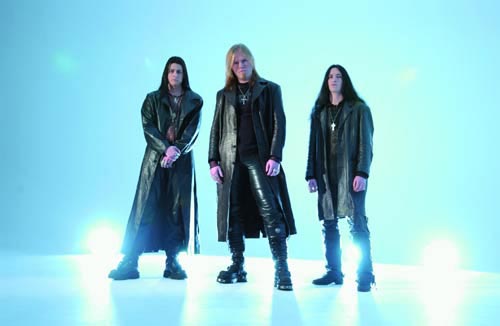 What are your personal favourite songs on the new album?

„My favourite song on the album is `Meridian`, this was the last song I wrote for the album. It's a very varied and dynamic song that changes it's expression frequently throughout it's 6 and a half minute. I think personally that this is the best song I've ever made. When it comes to the lyrics they're based on paranoia and anguish.”

Which were the inspirations for the music of the new album?

„It's hard to give concrete examples here, but I think a lot of things around me is inspiring me. I know that I got a very nice inspiration kick after seeing Lord Of The Rings. Bram Stoker‘s Dracula is also an all-time favourite. When it comes to poetry: Edgar Allan Poe is my definite favourite.”

What is the definite goal with Sirenia? To show Tristania that you are able to create your own musical child?

„My goal is to stay creative, and to keep on doing what I like. Working with music is something that gives me a lot. And I intend to go on as long as I enjoy myself doing what I do. I don't feel that I need to prove anything to Tristania, they've known me for years so they know what I'm good for and not. But I felt this time that I had something to prove to myself. Since it's first and foremost out of own interest that I work with music.”

„We're rehearsing rather intense these days, and we're ready for live jobs as soon as we have a steady female singer. These days we're working with a eminent singer, so if everything turns out fine we have a full line-up in a very few weeks. So hopefully we'll be ready to do some festivals this summer 2002, or at least that's what we intend to do.”

Considerable plans for the future?

„To stay active and to stay creative. Hope to bring out a lot more records in the future and I hope that we will do a lot of live-work as well.”