Four Finns from the land of thousand lakes provide with „A New Day“ their album number one. Since 1998 as Sinamore at the musical work, the fourpiece proffers melancholic Dark Metal of compositional special class, rhythmically as edgy as melodic harmonic.

With the intimate devotion of absolute convicted perpetrators. The thus generated, touching, bittersweet resignation moods of the remarkable emotional longplayer inspire to all sorts of dreamy revelry. Qualitatively very best Finnish philanderer food, so to speak, which should excellent patronize the passionate lovers of comparable melancholic musicians as Before The Dawn or Charon . 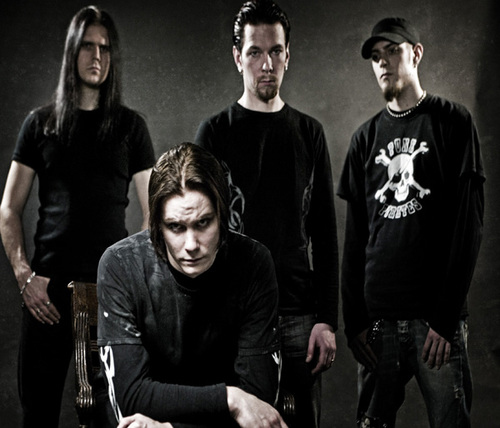 Just like expressive as the new disc turns also singer, guitarist and songwriter Mikko Heikkilä in the conversation.

Hello Mikko, how are you doing at the moment?

„Great! Thanks for asking. At the moment we´re busy working with our debut albums promotion.“

Please describe the artistic character, mind and attitude of Sinamore!

„How it seems, we are not surrenders. Many demos have been recorded and one dissolved recording contract before signing with Napalm Records. Appealing your first question; we try to make everything for our dreams to come true.“

„This band put up based on friendship from the very beginning. We are really close together on a mental level, so... and some members have been playing together many years.“

Which bands can be named as influencers for your sound?

„Sentenced, HIM, Metallica and Paradise Lost I think… Almost everything we´ve been listening to during the years.”

„I´ve heard from people that some of our songs sound very depressive... in a good way of course. Impressive and melancholic melodies with low crushing guitars; the ultimate mix of Finnish dark environment.“

What is to tell about the new CD „A New Day“ in general?

„Every day is reaching out for better. Your new day will be maybe tomorrow or maybe on next week. You never know. I think it can be best described as a glimpse of hope for all of us . Even if you are living a very depressive season...“

How´s daily life in your hometown in Finland?

„Work, work, work... We all have our daily jobs except Tommi ´cause he is studying at the moment. So we play together as often as it´s possible, but with quite a hurry when you have to mix your personal life and our band. But I´m quite happy about the current situation right now...“ 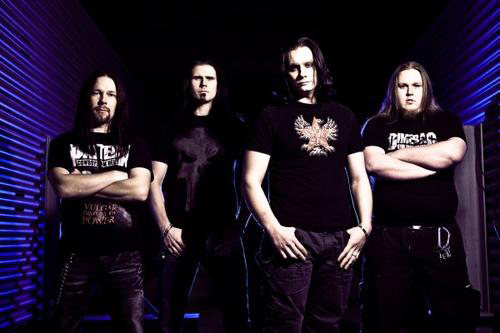 Please tell a bit about the development of the new songs!

„We composed those songs on very long time line. Main reasons for that was a different problems with our first label and it´s very hard to explain. I use to write our songs all by myself but together we do all the arrangements.“

How much are you personally satisfied with the new material?

„We are very satisfied for the result of the album. We´ve in a way been doing this record for such a long time now and most of it was waiting... waiting... It´s great to see how all songs sound on the record... Finally!“

Please tell a bit about the lyrical content of the new release!

„I personally like to write more about darker things of life... yearning, loneliness and themes like that. It would be much more difficult to write something about happiness and sweet joy. It would be very good challenge, hehe. Our main theme is not a love even though the lyrics often have this story about human relationships; it´s much easier to have an object for the feelings you have.”

What is behind the title of the new album?

„As you asked me about what´s the theme our new album before; every day is a reach of hope for better days ahead. This is also some kind of a new beginning for us as a band.”

Who did made the frontcover artwork? Your own opinion about it?

„Mr. Honkanen who´s a member of a band called Battlelore. It´s colors the albums main theme very well. I personally like it a lot.“ 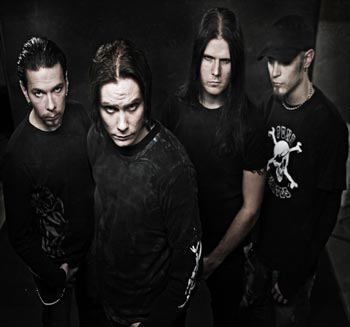 „Maybe one show at our small local pub called Jack-Up. Plenty of friends in a very small place. Atmosphere was quite intensive.“

„Yes of course... that´s the reason for all our efforts.”

What´s special at a show of Sinamore?

„Four stupid looking guys hanging around playing tight songs... what do you expect, hehe?! I guess the main thing we represent on stage is all about the pure joy for the playing.“

Which was your first own bought album with Rock/Metal?

What kind of things are mainly interesting for you besides making music day by day?

„I´m a every day worker so, work, work, work and little bit of sports.”

„To make my living with music. Everything would be much more easier and we all could do what we really love and enjoy.“

„To record more albums and play gigs more and more. I´m also very grateful for what we have achieved so far... and for now it seems there´s much more to come.“