Their thirsty followers heard nothing for a longer time from these sophisticated Swedish blood drinkers. In January this year however then finally the recordings began for the new and fifth studio album „Darker Designs & Images“, which is published presently. And once more Siebenbürgen celebrate in its type typical manner melodic completely soul-filled and blood-dropping Black Heavy Metal, which includes the accustomed immense number of thrilling dramatic moments.

Established 1994, therefore yet in the go-ahead time of this dark style, meanwhile also the new band members can look back to a likewise successful time, that was not graduated always without problems under the name of Siebenbürgen.

Microphone torturer Marcus Ehlin, also an truly experienced craftsman at the six strings of its just as sharply like pressure-full sounding woodaxe, reports to the new work „Darker Designs & Images“. 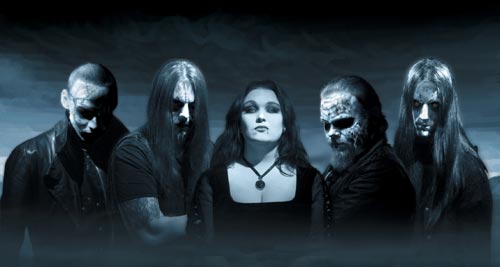 „Great, thank you. Soon our new album „Darker Designs & Images” is out in the stores, an album that kicks major ass.”

How´s the harmony within the new recruited line-up?

„The harmony in the band is great now; we have replaced most of the old members and it looks like a good decision. It has been a good collaboration during the recordings and the other work for the album.”

Why the old members left the band?

„Kicki Höijertz left the band together with our guitarist Linus Ekström after the recording of „Plagued Be Thy Angel”, they didn’t even join us on tour. Even to this day we actually don’t know exactly why they left, but we have our suspicions. You can say that the relationship between us was kind of tense, haha. Instead of Kicki another girl joined us, Turid Walderhaug, which turned out to be a real bad choice. She joined us on tour and made a really terrible job on stage so we fired her immediately when we arrived home. After that tour our bass player Fredrik Brockert left us too. As a replacement for Linus we got Fredrik Folkare, a guy who seemed right in the beginning but as time went by he didn’t fit Siebenbürgen, so we departed with him as well just a couple of months before the actual recording of „Darker Designs & Images”.”

How much are you satisfied with the female voices of Erika Roos?

„Erika has worked on the Royal Opera here in Stockholm, and now she studies at one of the best opera schools in Denmark. We are really glad that we got in touch with her, besides her wonderful voice she is a really great girl with a lot of sick humor, something that you need a lot of when you work with us, hehe.”

In which position between the styles of Black and Heavy Metal do you see Siebenbürgen with the new album?

„I think that we are in the same position that we always have been in. We make the music that we want to listen to and don’t want to put a special label on us. Since the beginning of the band I have always said that Siebenbürgen plays Metal, nothing more and nothing less, and that will not change.”

Will the image of Siebenbürgen go changed in any way?

„Only time will tell. We have not planned to change our image, but I can’t promise that for eternity.”

Where has been the new release produced?

„We recorded the new album in our own studio, Sundown Studios, we did everything ourselves, besides mastering, so we had total control over the sound this time. Basically what you hear is what we wanted you to hear, you know. I’m really satisfied with the production this time, even though some people don’t agree, no names mentioned.”

Something relevant to mention out of the studio time?

„Actually, nothing happened this time when we were in the studio, and that is really strange… nothing burned, no hard drive was erased, no instrument fuck ups, nothing, it´s really strange, we are used to fucking mayhem, hehe… hmm, ok the only thing was that Erika was sick with bad fever when she sang, but that was the only thing. All the bad shit happened before the recordings instead, haha, It started out great after the „Plagued Be Thy Angel” tour, with new members, new energy and great new songs, the only dilemma was that ,new member‘ also meant ,new problems‘. We really thought that we knew one of the new members, but man was we wrong. Anyway, it all turned out in a two year long conflict which ended up with that we had to departure with our lead guitarist and start to write new songs just a couple of months before to recording of „Darker Designs & Images”. If I look on it now, I know that it was for the better, the new album turned out even greater than it would have, and the band is more bonded together than ever too.”

One may hear some more or less changes in the style of Siebenbürgen … on the one hand more Heavy Metal influences and on the other even more melodic and epic elements than ever before did appeard in your music.

„Hmm, I don’t hear that change actually. As I see it the new album is a mixture of our old albums. You can hear the melodic harmonies from „Loreia”, the rawness from „Grimjaur”, the atmosphere from „Delictum” and the horror from „Plagued Be Thy Angel”, plus the new atrocities that spawns from „Darker Designs & Images”.”

How long took the span of time for the complete songwriting of „Darker Designs & Images“?

„As I said, about two months… but two years of hell, hehe. When we fired our lead guitarist we had to re-write more than half of the songs for the new album. Basically everything that he had a part in we had to take out. It was not a problem really and we are much more pleased with how the ,new‘ songs sound than the older material.”

How would you describe the new songs to unknown listeners?

„It is one hell of a good Metal album. Buy or die!” 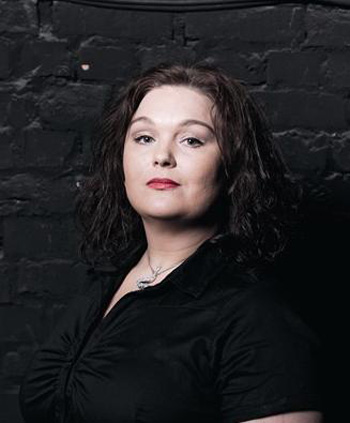 „I love it and I am very proud of it. This time everything felt perfect. Not just the music is great, we have a great cover and a wonderful layout as well. There is really not much to complain about. Ok, all the problems before the recordings we went true were not pleasant, but maybe it helped us to make this album even more aggressive than it could have been. But all in all, I am really pleased.”

Are there any bands as influences for these new material to mention?

„Not really, I usually don’t listen to music before I start to write songs. Where my inspiration comes from I really don’t know actually. When I get inspiration I just get it, the words and melodies just “pops up” inside my head. Of course you get inspiration from films, music and books, everything that your brain saves in the subconscious parts in your head will eventually leak out in one form or another. But there is nothing special that I use for inspiration.”

Which members did compose all the new heroic and overwhelming melodies?

„It is me and our guitarist Richard Bryngelsson who has written all the music on „Darker Designs & Images”. We work really well together and the final result of our collaboration is awesome I think.”

Please tell at least a bit about the lyrics of the new songs!

„After the intro of the album, which is about the resurrection of an ancient war demon, „Rebellion” starts the album and tells us about the battles of Nozterra, this album is as close to an concept album as we’ve ever been. Most lyrics are about this ancient legend of the battle lord Nozterra. The lyrics are all about this beast and his army of the dead in one way or another. From the lord himself to his assembly of charlatan vampire queens. Our next album will continue to reveal the truths ant mystics about the great Nozterra legend.”

Who did the frontcover art?

„The cover art is painted by a great German artist called Stephan Stölting. When we saw the picture we knew immediately that it was the right artwork for our cover. I can find myself staring at it and daydream away to the fields of Kozcad, where the final battle of Drushdaul took place. Those where the days…”

Your personal opinion about these cover picture?

„I think it is great! If everything goes as it should we will work with him in the future as well, maybe he will design the whole booklet next time. That would be fucking cool.”

How look like an upcoming live show of Siebenbürgen?

„That is a secret up to this date, but I can reveal that it will be powerful, viscous and haunted, just as a Siebenbürgen show should be.”

„First of all to get the album out to our fans and to hear what they think about it. Then I hope that we will go on tour again, it was really too long since last time. Some ideas contain plans of a DVD, but nothing is decided yet. After that we will begin the work of the next album, and hopefully get it out before the end of next year, it will certainly not take four more years this time, haha, not a chance in hell…”