„Plagued Be Thy Angel” is the new and fourth album of these Swedish sorcerers of the dark. Siebenbürgen´s Debut „Loreia” once has shaken the blackened Metal scene like a flashing thunderstorm. The follow-up „Grimjaur” is even better. And their third masterwork „Delictum” represents an tremendous piece of dark and mighty, melodic performed Metal - played with immense class.

Now it is time to sheer worship the band again, the brand-new album will be out soon. Hands down: „Plagued Be Thy Angel” is one of the very best records, one have ever heard in this genre. Epic pounding and excellent played Swedish Melodic Black Metal with countless, partly unbelievable melodies and some truly breath taking riff attacks. 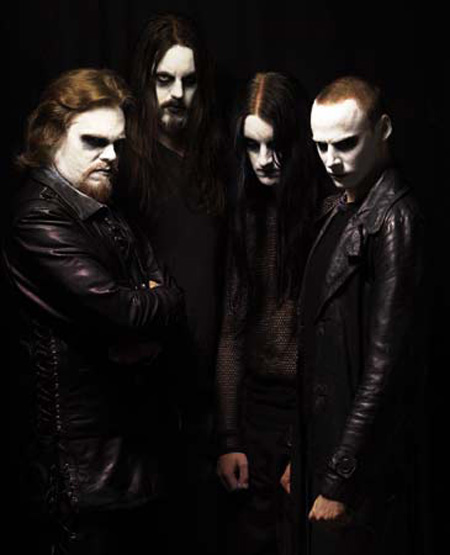 Marcus Ehlin still acts as singer and guitar wizard in Siebenbürgen. It‘s my second interview with him.

Final news to report about the rumours regarding the line-up?

„Well, all that I can say right now, is that some changes has occurred. We will go out with an official statement when the time is right.”

Marcus already looks forward to the media feedback about the new album release.

„Of course I am. I am really curious to hear both the fans and the press reaction, but of course, the fans reaction is the most interesting. But I think it will be a pleasant response, because I have never been this satisfied of an album before. `Plagued Be Thy Angel` is a result of Siebenbürgen in top shape.”

The name of the group did fascinate me highly from the beginning on. It contains so much of all the dark and cruel legends of the Carpathian area of blood-thirsty Romanian emperor Vlad Zepesch, better known as Count Dracula.

„We choose it because of it’s hypothetical meaning. I think it fits our lyrical approach really well. But if I had started the band today, Siebenbürgen would not have been the first name that come to my mind.”

What does the title „Plagued Be Thy Angel” mean?

„My hope is that everyone gets his/hers own caption of the title, I don’t want to ruin that. I think that the title track itself has the solution… The main theme is as always dark tales of horror and nightmares, as it always has been on our albums.”

„Plagued Be Thy Angel” was recorded and also produced in the same studio as „Loreia“ and „Delictum“, Six String Studio.

„We where supposed to record this album in two months, but due to different circumstances the process took about four months. We run over every problem that exists I believe. Software-, hardware- and personal problems. Every little fuck-up demon was there with us, as usual … pissing down our throats and making our life miserable.”

Siebenbürgen‘s songs were always very complex to date and simultaneous filled with many marvelous melodies.

„This time the actual composing took about a year. I think that this time was the most tough writing period of them all. Especial psychical, for me, most of the lyrics was really locked up tight inside of me, and it took a rather long time before they where finished. But if I look back now, I know that it was worth every single bloody drop…”

„The music is often written in our homes, by me and Linus, then it’s taken to the rehearsal place, and we starts to produce the songs all together. Everyone making his own touch to the material. That’s the way that works best for us. But of course, nothing slips between my fingers, if I’m not pleased, I will throw it away. I’ve always got the final words, he he…” 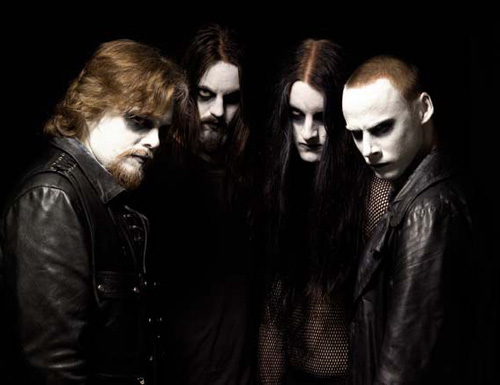 Marcus as the main writer did the lion‘s share for the lyrics of Siebenbürgen once more.

„For `Plagued Be Thy Angel` Brockert has contributed with one lyric and a girl named Linda Lidebrandt contributed with another. The lyrics is really important for me, and I want to be implied in what I sing, so I rather see that I write them myself. But as I said in a previous answer, it was a really hard time to write to this album.”

Regarding the small change in the style of Siebenbürgen Marcus explains:

„Siebenbürgen plays Metal. Not black, not death, not dark, not goth, not … just Metal!”

Asked about own beliefs, his answer shows personality:

„I never discuss these topics in interviews, and I will not make a exception this time either. I have made a pact which prohibits me to reveal anything. All that I can disclose is that I believe, and that I have had some rather strange experiences during the years. Some day I might tell something, but for now my lips are sealed…”

Marcus won‘t explain the tracks of „Plagued Be Thy Angel” in long manner.

„I have to answer the same as regarding the title question, I don’t want to ruin something for our fans, I want them to get their own picture of our songs. What I can do instead is to give ,hintwords‘ for each track… `Exordium` – here’s where the story begins, `Plagued Be Thy Angel` – pain is pleasure, `Destination Supremacy` – some want to go heaven, some want to go even further, `Father Of All Lies` – this one can’t be misunderstood, `The Night Alit` – well, something’s are worth dying for… `Angelic` - …or why not die together, `For The Ones Who Sleep` – in remembrance, `Skändat Sinne` – insanity be thy name, `The Roses Bleed At Night` – undead girl stole human’s heart, `As Black As A Midnight Heart` – something’s you keep forever, `Her Shadows Adored` – lead someone, then you leave `em – imprisoned in their own nightmares, `Deliverance` – and here is where one chapter ends in the Siebenbürgen history book. My own favorite tracks are; `Plagued…`, `Father…` and `As Black…` - kicks ass!” 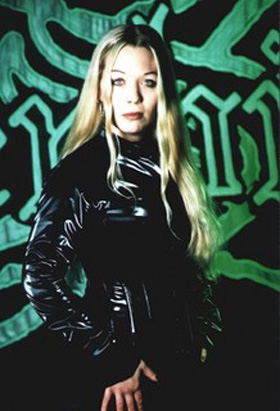 And here´s again the traditional comparison of times in Metal.

„Hard question for me to answer, I am not initiated in the actual scene today, but one thing is certain, Metal will never die, that's for sure. I mean, Ozzy still hit the charts as hell, and I can promise you that Backstreet Boys will not do the same in 30 years … or even 5…”

Any news about live gigs?

„Napalm Records is planning something for us in the beginning of 2002. So hopefully we will hit German ground really soon. It will be greater than great to go on tour again. I have no more info right now, but check out our homepage www.siebenburgen.net for updates.”

Marcus feels really amazing, when the audience and the band are as one.

„Then there is nothing greater power.“

Most of the fans surely hope that the band will never loose its corpse painting.

„No, we will never stop use paint, we have done it since the beginning of the band, so there is no reason to discontinue that. A live appearance is a show, so why not act like it. I don’t know anything more boring than a band in their ordinary clothes, looking like they want to go to bed, it sucks.”

Worth to mention plans for the future?

„First of all we are waiting for the release of the new album, then we will rehearse for the upcoming tour, and after the tour we will start to write material for our fifth album. I will start to finish my own album, which I have been working on the last years, anyway, that’s my goal. Then I will marry me rich, he he…”

His hopes in the new album.

„I really hope that the fans will enjoy it as much as I do. I am very pleased with `Plagued Be Thy Angel`. Siebenbürgen is back with full force. We are locked and loaded!”

Any last words for now?

„Our website will get a major facelift at the same time that `Plagued Be Thy Angel` comes out 3/12/2001. So check it out. I hope that we will see you guys and girls soon. Our new shows will not be as anything else…we’ve got some secrets for you. Stay fucking Metal!” The one and only way.