These hellish hate-troup can be listed as one of the world´s best Black Metal-hordes. 1993 Lord Alastor Mysteriis and Devothan raised Setherial into a dark and hateful existence.

1996 the Swedes recorded their legendary and amazing debut album „Nord…“ in the famous Abyss studio. Although „Nord…“ received its due acclaim in global manner, Setherial split.

The two remaining members, Kraath and Alastor Mysteriis began work on their second release – the full-length masterpiece „Lords Of The Nightrealm“. With the third album attack, „Hell Eternal“, Alastor Mysteriis left his role as guitarist to take on the drumming responsibilities and Themgoroth of Dark Funeral made a guest vocal appearance.

Setherial has been quiet for the past couple of years, yet they return now with a special release. It marks the exit from their former Austrian record label. The Scandinavian horde has compiled a large amount of rare material to present to their unrelenting followers, who've waited more than patiently for signs of life from this blackened command, since the late nineties.

Entitled „From The Ancient Ruins“, it includes unreleased demo material from 1994, as well as 1995 and 1998 studio sessions. I talk to guitarist and bass-beast Per Hellqvist aka Kraath. 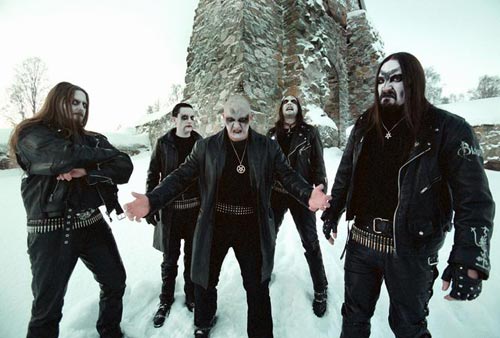 Hey Kraath, what led to the decision to release „From The Ancient Ruins”?

„First and foremost there have been requests for our first demo-tape to be re-released in the CD format for years by now, but we just never got around to doing it until recently. We wanted to make the old material available to the people who never got to hear it and own it the first time around. And then we had the three songs from the „Hell Eternal” recording that we felt were too good to be left unheard.”

Who did the frontcover artwork for these compilation?

„It was done by Mattias Mankrah.”

Who out of the bunch had the idea for the title „From The Ancient Ruins”?

„I can’t remember actually, it was one of the titles that came up when we were discussing possible titles. I think it is a good title though, as it refers to both the title of one of the tracks, and to the fact that most of the material is rather old.”

Who wrote most of the original material of „From The Ancient Ruins”?

„Musically Alastor Mysteriis and lyrically me, especially on the older tracks.”

Which material is to hear on „From The Ancient Ruins”?

„It features our first demo-tape „A Hail To The Faceless Angels”, a track called „My Veins Are Open” and three tracks from the recording-session of „Hell Eternal”.”

How successfully was the 1994 demo at that time?

„Quite successful actually, it was very well received throughout the scene and gave us a name as an act to be counted with.” 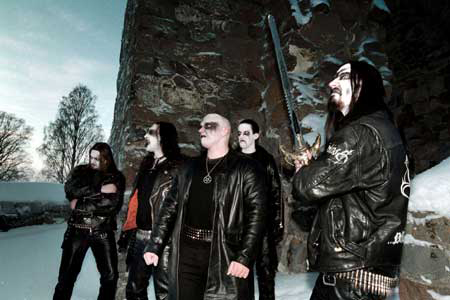 „They have all received good reviews and appreciation in the scene, I can’t recall any axact figures in terms of sale. But as for the feedback we receive from the people byuing the albums, they have been rather successful.”

Which is the biggest difference regarding the elder stuff of Setherial to your newer creations?

„If we take it all the way back to the demo-tape, it’s obvious that we have evolved extensively as musicians since then. But there are other differences as well when you view the different Setherial albums through the years. On „Nord…” we had rather big arrangements and symphonic structures, on „Lords...” we had a more direct and raw approach that ultimately came to it’s essence on „Hell Eternal”. The coming album „Endtime Divine” will be something in between I think. It will be a step both backwards and forwards simultaneously.”

Which were your early idols out of the scene in the beginning of Setherial and which one of them have influenced you?

„Even though idols might be a bit of a strong word, we all enjoyed the music of Mayhem, Emperor and such bands when we did the demo and the other early work.”

Which bands do you listen nowadays?

„I personally listen to a vast variety of music, but keeping it to the genre at hand I would mention Marduk, Infernal, Satyricon, Behemoth, Shining and loads of other bands.”

„I am inspired by everything surrounding me. Anything from literature to movies to thoughts, be they mine or that of another, can inspire me to create. The moods are naturally dark, aggressive and gloomy.”