We had to wait such a long time for the new and fifth album by the legendary German Power Metal dinosaurs.

Scanner started in the middle of the 80s, and the fans were very fast impressed from this ecstatic and high melodic Power Speed Metal, which concept was based on futuristic tendencies. Their rare debut album „Hypertrace“, a conceptpiece bout an android who was somewhere in the universe, is nowadays nearly a legend, but Scanner released more.

The last regular album „Ball Of The Damned“ was released in 1997, and so I want to know, why the band took such a long time for the new album. I am very interested in the background story and the evolution of the new release „Scantropolis“.

Bandfounder and axeman Axel Julius is the last survivor from Scanner`s beginning and he resumes the events of the past from his band. 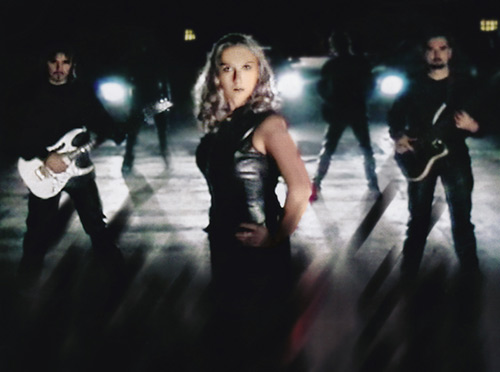 The guitarist has been gone through a lot of problems in the past.

„After the two tours for the `Ball Of The Damned` album, Leo told us, that he is no longer a member of Scanner. So once again, we got no singer. He did this, cause he wanna have his own band. Probably he used Scanner to get a reputation, so it was easier for him to go his own way. That was very bad, cause we were very good booked for the following year, and so he pushed us back at the moment we all worked very hard for the band and wanted to get the honour for the work. The rest of the band was very desillusioned by this action from Leo. The longer the search for the new singer lasted, the more members left the band. At last, everyone except Marc left Scanner. We then started to record the new album. We completed the whole album and Lisa was able to sing song for song.“

The long release break did have his own cause, as he reports.

„The problem was the system. Sounds nice, or? But it really happened. We decided to make the whole record at our own studio, but we must built it up first. It was a silly idea, cause nothing functioned at the first time. We had big problems with the chosen recording system - so everything lasted longer as planned.“

And of course, the new members Jan Zimmer (drums), Thilo Zaun (guitar) and Johannes Brunn (keys) must have been recruited.

„They waited nervously for the endmix, cause that was the time, they were able to get into the active band life. But christmas 2001 everything, incl mastering, was ready.“ 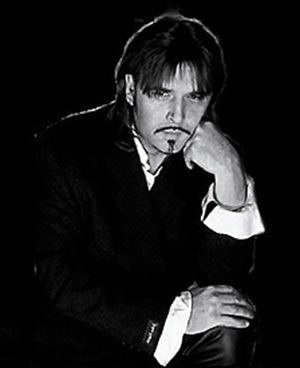 I thought „Scantropolis“ must be a lead on story to the astral Scanner concept, but it isn`t.

„No, not really. Scantropolis is a hommage to Fritz Lang and his famous masterpiece, the motion picture `Metropolis`, made 1926. Everyone knows the pictures from this movie, but nearly noone has seen this movie completely, but the movie was very impressing and nearly prophetic to many movies of the late 20th century, with his monumental design, special effects and the perspectives of the camera. Even a `Terminator` and `Star Wars` could be foreseen in this movie. One famous picture for example, are the planes and helicopters, which glide to the streets of the city, and that was reality at the 11th September 2001. More `foreboding` cannot be shown, as regisseur at the beginning of our movie era. We are the generations of the running pictures and now we hardly learned, how hard it is, to know the difference between reality and fiction of this media.“

Axel says „Scantropolis“ is definetely no concept album. „No, it`s not. Every song stands for it's own. We even got `Engel Brecht`s`, a song with German lyrics from a very famous author. The Lyrics are a kind of instructons how to fuck an Angel. Lisa enjoyed singing the song very much, and it´s her favourite song on the album.“

The new material could offend the old die-hard-fans of the band - the change of their style is a result from the craving to change.

„I don`t think so. Only when you hit your head, it hurts - but the new material turns the head only into a new direction, and thats something, which don`t hurt. Except you got a stiff neck. But real Scanner fans got a flexible neck and a strong spine. I was very bored, that bands like Hammerfall had such big success, as if they invented the wheel. They only play the style of the Metalbands of the 80s. On the other side, there was a big discussion, if the Metal was dead. Now everyone comes with a reunion, and they play stuff, they played years before. I dont think it`s exciting to play every time the same kind of music. History and fashion repeating themselves - and thats something I don`t like to do, don`t like to do, don`t like to do... . I think, every musician must hold the excitement of and for the Music, so nothing can change into routine, and you get bored by yourself. It doesnt`t have to be playing Hip Hop mixed with Metal [Of course not! - the author], which is called New Metal. But I dont wanna say that we completely changed our style. I see it as evolution, so that we, as creative musicians, enjoy what we do.“

The new female singer sounds very interesting. What´s her name, her musical evolution and where did she come from? And how did she come to Scanner? Axel:

„Her name is Lisa, and she was a backgroundsinger in a coverband. We noticed her in cause of an annonce. We talked on the phone, we got a meeting - and then there was hard work on the new album. It was completely new for her, but she gave her whole energy for the album. That`s something you can hear and feel on the CD.“ 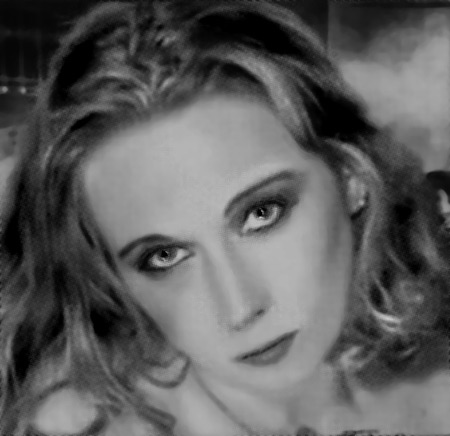 How does it come that she sung the leadvocals? The Guitarist explains:

„After we got such problems with male singers we thought it was a good idea to try a female singer. Besides, our former female backgroundsinger Chris sung on the first demo to `Scantropolis`, and it was very great so we asked her to do the whole album. But she wouldn`t do this. But after this we made the decision to search for a female singer. After a while we found Lisa and everything fitted together.“

The Scanner members working as a team. „Most of the songs were made alone, but we are working and recording them together. At last, it was teamwork, but from a very small team.“

And the new cover will be painted from an well known artist. I know him well, too:

„The albumcover will be made from a Swedish artist, Kristian Wåhlin. He is very good in what he does. Our old friend, who does the `Ball Of The Damned` cover, got no time this time.“ Kristian will do very good work, I`m sure of this.

Axel explains the motive: „The cover shows the city `Scantropolis`. The city Metropolis of Fritz Lang should be imported from the past to the future. So it has got futuristic tendencies, with a few mystic in it. The style is like the covers from `Mental Reservation` and `Ball Of The Damned`.“

Is it some kind of optical supplementing of the new songs? „Not really, but it should show the prophetic vision of Fritz Lang, and thats what we wanna do with the title of the record“, Axel said.

The new track „Hallowed Be My Name“ got a hookline, which already could be on Helloween`s „Keeper Of The Seven Keys“ albums. Was it planned like that?

„No way. By the way, did I mentioned, that i don`t like comparisons between Scanner and Helloween? I heard that comparisons too much over the years... Didn`t Uli Hoeneß made a legendary mistake at a worldcup? I guess I must be talk to him about that...“ 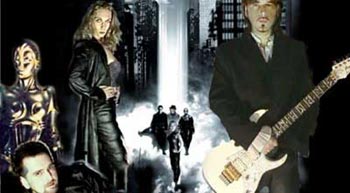 But how do you like the „Keeper Of The Seven Keys“ records of Helloween? What`s your opinion about their evolution after their horrible album „Pink Bubbles Go Ape“?

„I liked the first record they made, but i didn`t listened to it, since then. I can not say anything to the evolution of this band, cause after Kai Hansen went out, I got no interest in them. Hansen was Helloween.“

I think Axel made such a better way with „Scantropolis“. Can you say anything about the further evolution of Scanner?

„I dont know till now, cause now we are a complete band with hopefully creative musicians. Just look what comes out of it. Thilo, for example, is a big fan of Gamma Ray, Johannes plays nearly everything of Dream Theater and likes Pain Of Salvation, Marc wants the ultimative recording studio, Jan is studying drums in Amsterdam – and Lisa is always singing. Sure, that can be very funny and and productive.“

Which different influences are in the new music of Scanner? „Nearly everything around us, influenced us. I`m not able to say any of these points.“

The new record should not impress a certainty kind of Metal consuments. „I never thought about it, till now. We are no marketing managers, we`re musicians and we try to make our musical ideas come true. But I think, this is an album which everyone can hear song for song without using the skip-button. I think many people can be pleased by listening to that album. The album is just great.“

What are you listening at home? „My woman wants me to be a better houseman, barking and and the meow of my cats – and the voice training of our beloved daughter, since seven months“, he jokes.

So, what is going on after the release of „Scantropolis“, Axel? „SquareOneEntertainment made us a tour through Germany, Belgium, Luxemburg Netherlands and Scandinavia. Next winter and spring we plan a tour through South-Europe. And next year we wanna play in America the first time.“